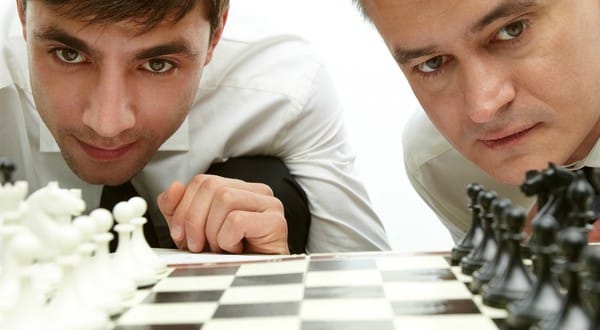 Here are some thinking tips to help make you a better chess player. Funnily enough the same approaches can be very helpful in other walks of life too.

The final tip is this. Keep a note of all your moves and some time after the game enter them into a chess app on your computer or phone. Get the program to analyse the game and learn where you went wrong or could have played better. It is a good way to improve your standard of play.
—

This post was previously published on www.destination-innovation.com and is republished here with permission from the author.
—
Photo credit: Shutterstock