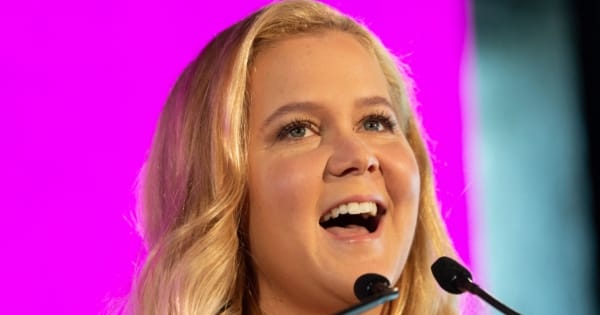 I use the phrase, “Coming out of the closet,” not to put down or disparage any member of the LBGTQ community,

but rather because when you finally come out and tell people you’re on the spectrum, that’s what it’s like.  I used that phrase two years after i was diagnosed as an adult at age forty-seven and I’ve spoken with lots of people on the spectrum who were diagnosed as adults and they described feeling the same way.

Recently comedian Amy Schumer disclosed that her husband, Chris Fisher, is on the autism spectrum.  Schumer said on her specisal, Growing, which aired last month that one Chris was diagnosed, Amy realized that all the things that made him autistic were all the reasons she fell in love with him in the first place.

You might things that sounds sweet, but to a person on the spectrum, that is an amazing quote.  I can’t speak for others, but I’ve found that the things that make me autistic are the reasons women don’t want to date me.  That and the fact that I have a service dog, but that’s an entirely different blog post for another time.

Personally I think this revelation coming from someone of Schumer’s stature in the entertainment world will open the eyes of others who may want to date those of us on the spectrum.  At the very least it will raise awareness that we’re people who deserve to be loved and who can handle a relationship with someone off the spectrum.

From their first date, Fisher disclosed that his brain functioned a little different than Schumer’s and she appreciated that.  As someone on the spectrum who is proud to be an Aspie, I’m also proud of him for disclosing right off the bat.

I fully believe in telling someone that you may date about your autism because the reality is that if they won’t handle it well or don’t want to deal with you because of it, I’d rather know upfront rather than get a few dates in and then find out.

The bottom line for those single and not on the spectrum is to not be afraid of us.  We’re quirky and gifted, not weird and strange.  Give us a chance and let us show you who we are and what we can bring to your life.

You may be passing up the best thing that could happen to you simply because you’re not sure what you’re getting into with an autistic person or you’re afraid of who we are.

We’re people, just like you.  We have our quirks, just as everyone else does.  It just so happens that ours are a bit more noticeable.

Share your stories with us and let us know.