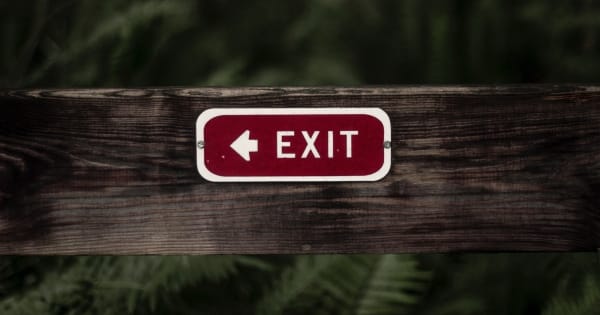 If you recall from our last episode, Tom did some shady Head of Household Suite deal-making and had individual meetings with the three athletes, former NFL running back Ricky Williams, WWE Diva, Natalie Eva Marie and dual Olympian Lolo Jones.

Tom promised Natalie that she was going up, but only as a replacement nominee, should there be one, and that she was NOT his target. He assured her that he had someone else in mind.

Then he told Lolo she would only go up as a pawn. But that she would definitely not be the target. That turned out to be a rare Tom Green moment of truth and it was nice to see he still had some honesty left in his game.

When it came to Ricky, Tom made the BS deal, telling Ricky whatever he wanted to hear, thinking Williams would be high and go for it.

Green was a bit surprised when Ricky shot back with a counteroffer to keep all three athletes off the block and he can stop being public enemy number one.

And that brings us to the double eviction.

There’s lots of whispering going on all around the house on both sides as everyone quickly realizes that Tamar Braxton (sister of Toni Braxton) is the swing vote and could determine who goes home.

Kandi expresses her fear of voting the wrong person out and being put on the block next. And she expressed it repeatedly. And she’s right to be afraid. The athletes know she’s pulling Tom’s strings.

Remember that it was Kandi’s choices and not Tom’s that ended up on the block.

Tamar is going crazy telling the camera that she is throwing the veto competition. “No WAY” does she want to win. Thanks for clearing that up Tamar.

Lolo Jones is, uh, miffed, that out of seven people, she’s the single person who was not picked to play in the veto competition.

While Lolo’s not happy, Tom is rockin out with his headphones and a bear beanie up in the HOH suite, until he finally collapses into his bed.

The backyard was decorated like a silent movie set and the six players were shown a series of colors on old-school film. Then they were asked a question about which color appeared in a certain position.

Apparently, this was quite stressful to Ricky Williams, who had to pick the second color in a sequence of five. He actually used the word, “stressful” about this situation, which makes his two-year retirement from the NFL to travel, smoke weed and read the Bible make a lot more sense.

Ricky was the first one out. Then Tamar and Kandi followed in the next round, leaving Tom, Natalie, and Dina to battle it out.

Tom had the sole correct answer to the next question and the Head of Household also held the Power of Veto. Everyone should logically expect Tom to keep his nominations the same, but this is the same guy who a couple episodes ago ran around the house with a cereal box in each hand, flapping his arms like a bird.

You never know with this cat.

Lolo commented that Tom’s biggest flaw is, “He overthinks everything and looks like a mad king.” Tom overthinks things more than me and that says a lot!

Tom’s plan is to use the veto on Natalie and put someone up who will lose to Ricky. He’s thinking Tamar, but Kandi told the comedian, “You trippin’.”

Help you? If you think Kandi’s helping anyone other than Kandi, then she’s right. You are trippin.

So, Tom is paranoid to begin with and right now he’s super paranoid, so what does Tamar do when she sees him in the kitchen? Jumps in his face and repeatedly calls him a bully, possibly to see if he would cry on national television.

Tom’s response was to lock himself in his room, thus avoiding everyone and not having to talk about his choice with anyone. The camera kept cutting in to him working on different versions of his veto speech.

You could hear a pin drop. The entire house went silent. This was Tom’s sworn enemy. The one that Tom’s been gunning after since day one. And Tom was pulling him off the block? No way does that make sense.

He put up Lolo as a replacement, pitting bestie against bestie and guaranteeing that one of my first-show picks for  Season 2 winner, goes home. Damn you, Tom Green!

Tom thinks that using the veto on Ricky is like extending an olive branch and it will automatically pull Williams’ Tom’s direction. Only Tom doesn’t think like an athlete.

Green doesn’t realize that though he saved Ricky, he just screwed over two of Ricky’s teammates and teammates look out for each other. All I’m saying Tom is you better be careful because Ricky may have other plans for that olive branch if you catch my meaning.

Kandi is totally shocked by the turn of events, but if it means she can vote out Natalie, she’s 100% on board.

When it came to the first eviction, it seemed very pre-arranged as Natalie Eve Marie, my pick to win Celebrity Big Brother 2 was bounced from the house 4-0 and sent out to see Julie Chen.

It was nice Natalie see her hug everyone on the way out except for Tom, who she did give a nice handshake to.

Immediately after she walked out the door, the final Breaking Celebrity News twist appeared and this one gives you a chance to be safe during the second eviction. However, for that extra perk, you are not allowed to play in the next HOH competition. The way you win this perk is by winning a special safety competition.

This special competition was called Living Art and had people dressed up as pieces of art and were spread throughout the lower level of the house. What a lot of the players didn’t notice is that there were also several people dressed so as to blend into their backgrounds (wall, bed, etc)

The players had ninety seconds to run through the house and count all the art. The closest person to the correct number wins and that person was Tamar.

They immediately went into the HOH competition featuring everyone but Tom and Tamar (Lolo, Ricky, Dina, Kandi). For this competition, some of the art pieces were removed. This time they had ninety seconds to go in and count how many were missing.

Lolo got it on the nose at seven and wins Head of Household for a very short time. It’s obvious she’s putting up Tom., but who goes next to him?

On live TV, Lolo quickly throws out Tom’s name, but host Julie Chen has to repeatedly tell Lolo she needs her second choice NOW! After hesitation and pained looks on her face, Lolo finally announces, “Kandi.”

I think that in this situation, knowing they were going down to five people, Lolo was seriously considering putting Ricky up and taking a strong competitor out of the game.

After a quick commercial, we were back for the Power of Veto competition called Cousins. There was a trailer for a Big Brother pilot TV show starring Celebrity Big Brother Season 1 alum Metta World Peace and Ross Matthews who inherited a house from their nana and Ross is mad that Meta throws parties while he’s away because Meta doesn’t want Ross at his parties.

After watching the clip, Julie asks a series of seven questions about what they just saw. After seven rounds it’s tied between Ricky and Tamar. Julie asks the final question, with the answer being a number and Tamar was closest and wins the POV. She has just minutes to decide whether or not to use it.

Tamar decides not to use it and not surprisingly, Tom is voted out 3-0. Tamar is dancing joyfully around the house as Tom makes his way to the door and Tom take a moment to thank her for it.

There are two episodes and five people left. One regular eviction will take us to four players and the winner of the final Head of Household will evict two players, thus setting up the final two for the jury of evicted houseguests to vote on.

Join us here Tuesday and Thursday for the final two show recaps.