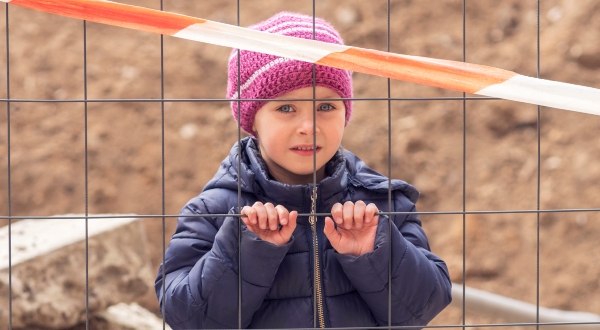 —
I can’t get the pictures of children in cages out of my mind.

I can’t scrub my eyeballs of the image of weeping mothers being reunited with their young children, after having those same children ripped from their arms, and separated from them for weeks or months at a time. 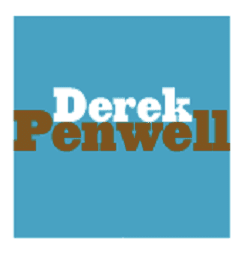 I can’t unsee the Half-Blood Pence standing dead-eyed with his arms crossed and his back turned on men packed into holding pens like livestock that have been prepared for slaughter.

I can’t extinguish the vision of Óscar Alberto Martínez Ramírez and his toddler daughter, Valeria, her arms wrapped around him, lying face down in the muddy water of the Rio Grande.

The first thing I think of is what all those lives must have been like to suffer the pains necessary to get to the United States border—knowing that their fate will most likely look something like what I’ve just described—but deciding that even “this” is better than what they’re leaving behind.

I try to imagine the pain and the grief, the panic and terror of losing your parents, of having your children torn from you and taken away by strangers who may very well mistreat them, neglect them, or abuse them.

I try to picture what it must feel like to live in dread that uncaring people in suits, and robes, and uniforms will send you back to the very place from which you ran to save your daughter from rape, your son from gangs, or your own life and the life of your family.

I try to conceive what it must sound like to hear the most powerful man in the world stoke the fires of fear and resentment against you—just because you happen to be running from countries where the people don’t look like Nordic gods and goddesses.

I try to imagine what all of that must be like … but my imagination is neither large enough nor nuanced enough to begin to know the horror a life can hold.

I try because, as a follower of Jesus, these seem very much to me to be precisely the kind of people Jesus spent his time with, spoke on behalf of, and ultimately died agitating for.

As followers of Jesus, we need to cultivate the kind of moral imagination that allows us to do what psychologists call “perspective taking.” In other words, we need to be intentional about imagining the world others experience—especially those with whom Jesus spent the bulk of his time: the vulnerable, the dispossessed, the poor, the sick and despairing, those who’ve been turned out, as well as those who’ve been turned in … the people who live their lives (and too often, die) on the margins.

But this isn’t a novel idea with me. The author of Hebrews (13:2-3–CEV) underlines our responsibilities:

Be sure to welcome strangers into your home. By doing this, some people have welcomed angels as guests, without even knowing it. Remember the Lord’s people who are in jail and be concerned for them. Don’t forget those who are suffering, but imagine that you are there with them.

As awful as it is to see our politicians fail the test of hospitality and respect for the dignity of strangers, it’s even more soul-crushing to watch people—who claim to love that same Jesus, the one who embraced those cast aside by the people in power—contort themselves into moral and theological pretzels, justifying the words and actions of those politicians.

Take white evangelical icon, James Dobson. After a trip to a U.S. government-run concentration camp, Dobson concluded his reflections on the visit by saying:

What I’ve told you is only a glimpse of what is occurring on the nation’s border. I don’t know what it will take to change the circumstances. I can only report that without an overhaul of the law and the allocation of resources, millions of illegal immigrants will continue flooding to this great land from around the world. Many of them have no marketable skills. They are illiterate and unhealthy. Some are violent criminals. Their numbers will soon overwhelm the culture as we have known it, and it could bankrupt the nation. America has been a wonderfully generous and caring country since its founding. That is our Christian nature. But in this instance, we have met a worldwide wave of poverty that will take us down if we don’t deal with it. And it won’t take long for the inevitable consequences to happen.

What the what?!? Let me turn on the James Dobson translator for you:

These filthy vagrants add nothing to our culture and economy but poverty, illiteracy, and disease. Up to now, we’ve been (we think) exceedingly magnanimous in deigning to allow them to occupy our agricultural fields, our service jobs, and our concentration camps. But Jesus can only expect so much from us. If we don’t do something quickly, how will we ever look our blond-haired, blue-eyed children in the face again.

What’s especially infuriating about white evangelicals rolling over and showing their bellies to the Republican party’s clown car full of fascist-wannabes isn’t just the street magic soul-contortions they must fool themselves into believing they’re not performing, but their remarkable lack of empathy and compassion.

To the extent that white evangelicals—like their vice president—have turned their backs on strangers thrown into cages our tax dollars have paid for, they’ve demonstrated an execrable failure of moral imagination. That is to say, they have regarded Jesus’ exhortation to “be compassionate, just as your Father is compassionate” (Lk 6:36; my translation of οἰκτίρμων) as nothing more than part of the off-road recreation package option on their ecclesiastical Hummers.

Our ability to offer our open hands and our hearts to those who don’t look or talk like us, who don’t come from the same country or race or class as we do, is foundational to our identity as people who’re trying to live as Jesus asked us to live.

This post was previously published on derekpenwell.net and is republished here with permission from the author.
— 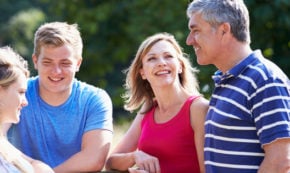 Facebook808Tweet1PinEmail1Shares810
wpDiscuz
Share this ArticleLike this article? Email it to a friend!
Email sent!