Get Daily Email
Join/Login CLOSE
Home / Featured Content / A Pandemic All Its Own: Male Solitude in the Age of Covid 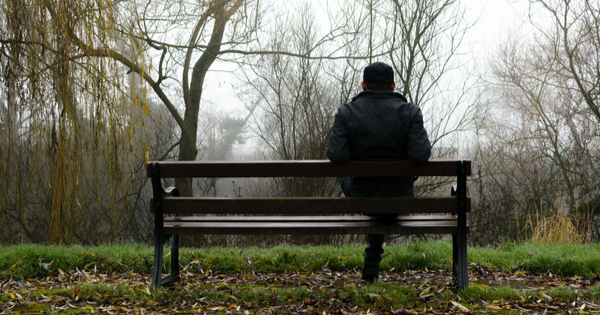 I once attended a men’s retreat where the facilitator talked about how difficult it was for men to connect.

“If your neighbor has a carpentry project and needs a hammer, you’ll run right over,” he said. “But if he feels despondent and needs a brother’s ear, few men will walk up the driveway.”

His point was that men tend to need a project or activity to make a meaningful connection with other men—like getting the engine started or erecting a swing set—while women seem to be able to build and maintain friendships with less of a catalyst and without a goal.

If two women share the feeling, “I like you and you like me,” they’ll lean in. For men, the affection isn’t so straightforward, or spoken about, and is usually assembled around a pursuit, interest or hobby.

Baker, a family man in his forties, cites an example from his own life, of bonding with one of his college mates over a months-long training for the Boston Marathon. Their relationship grew stronger, their conversations deeper, through weekly contact about training runs, diet regimens, and race day preparations. But once the marathon was over, and there was no motivating point of focus for regular contact, Baker reports the relationship atrophied.

Which brings us to the problem of male connection in the age of Covid.

The coronavirus has forced everyone to spend less time together. For women, who seem more capable of infusing energy into relationships over Zoom or on the telephone, staying connected during the pandemic has been a major inconvenience, but not a deal breaker.

For men, who generally require in person contact centered around physical pursuits and projects, the pandemic has been more disruptive and corrosive to the male bond. According to Baker, men need intense, built-in, regular engagement—think team sports, construction projects, or military service—to solidify the glue of male friendship.

The virus surge in the spring and summer of 2020 made it almost impossible for men to safely interact in ways that were familiar and fortifying. The summer softball leagues were canceled (too many man hands touching the ball). The canoe and camping trips never happened (too many men in the tent). The fishing trip was put off till next year (too many men from different families in the SUV).

How about tailgating “en male masse” on game day (sorry, en masse is no mas until further notice). Getting together for bowling night (negative, the lanes are closed). Poker games in the basement with a beer, shooting darts at the local bar, five fathers and their families in the backyard for a weekend barbecue? Nope, nope and nope.

More than at any other time in our lives, the scheduled occasions for repeated male engagement are no longer on the calendar. The cadence of traditional male contact has been broken by the pandemic’s drumbeat of social lockouts.

Men need their male friends, not only for companionship, but as a matter of health and survival.

Baker’s original article got so much attention he developed it into a book (We Need To Hang Out ), released this month.

It focuses, in part, on a number of important studies that conclude with red flags: men typically let friendships lapse as they get older, they have a tougher time making new friends, and the resulting isolation can lead to “increased risk of cardiovascular disease and stroke and the progression of Altzheimer’s.”

Although Baker’s book does not specifically address Covid’s constraints on men, his stark conclusions feel even more ominous in the current climate. And we don’t fully understand yet the impact of this extended quarantine period on the durability of male bonds, or the effect on male behavior.

As someone who has studied male dynamics in men’s groups for decades, I have wondered if our recent political convulsions—with protests turning violent, largely at the instigation of men—might be indirectly related to men not having the usual opportunities to dissipate pent-up, testosterone-fueled energies.

This theory might sound far-fetched, but our aggression is biological, after all, and needs outlets. Slinging a hammer, swinging a bat, swatting a tennis ball, shouting at the opposing team, swearing about life’s frustrations on a mountain top after a vigorous hike with close buddies—these things vent steam in appropriate and healthy ways. Without them, the physical pressures mount, only to be released elsewhere.

This is not to say that involvement by men in political actions tied to social injustice and economic inequities is wrong, quite the opposite. But the tone and expression might have been different in a less isolated, overheated time. Hours spent alone playing Warcraft, or getting riled up at odd hours in online chat rooms, could only exacerbate tensions.

Male bonding without softball or billiards.

So how do men stay connected during this period of isolation and continued lockdowns?

I think it’s difficult. But not impossible.

First, we can steal a page from the female friendship manual and pick up the phone. I have made it a point during the pandemic to call at least three male friends a week. And I ask about their inner life, not just the outer. Men need to hear the “low tones” of other male voices to regulate our nervous systems. And for this purpose, a telephone call or Zoom chat has been an effective, if temporary, stand-in.

Second, I live in New York City, with no car and limited hiking opportunities. But I have still arranged regular river walks with my adult nephew and other men friends in the area. We’re not scaling the White Mountains but, shoulder-to-shoulder, we’re laying a male mandala on the Hudson River waterfront and that has been sustaining. Of course, in warmer climates, socially-distanced lawn chairs at the local park in the late afternoon also does a good job of creating a casual men’s circle.

Third, I noticed early on in the lockdown that I was quick to anger and turn prickly with the people in my life who I care about. I decided to commit to a daily adrenaline burn as a way to cool the flare-ups. I do an exhaustive band and barbell workout, or take a brisk bike ride, every day (I have a stationary bike for winter spins). I have noticed that as my heart rate and physical temperature goes up, my inner temperature goes down. Granted, these solo workouts are not the same as bonding with a group of buddies at the gym, but they’ve certainly helped to keep me from rupturing vital connections with those I love.

These might seem like anemic suggestions and, no, they are not adequate substitutes for rituals of regular male contact that all men require. But as Baker says, “…even the act of trying to increase your friendships can benefit your health.”

So, until we can do something together again, we must do what we can to keep vital male sinew attached and our longing for the “low tones” alive.

Allan Ishac is the author of several books. His articles on men’s issues have appeared in GMP (https://goodmenproject.com/author/allan-ishac/) and he posts political satire regularly on medium.com (medium.com/@allanishac). 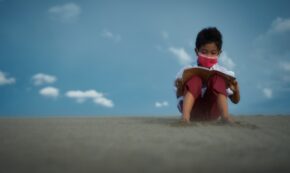 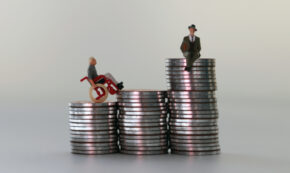 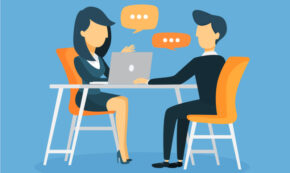