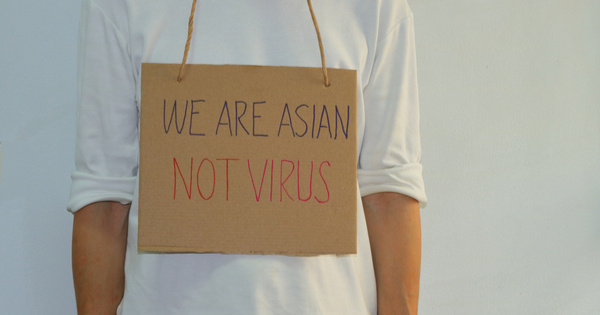 History takes its sweet time about things, doesn’t it? Months linger between legal debates; years drag on through the conflict of wars and lies. A hatching chick laboriously pecks through the eggshell. A seed splits, and its bud pushes its way to the surface. A tree grows. Paint dries, and an island rises from its turbulent, volcanic beginnings…

Since the conception of alphabets and written documentation, people of every age have consistently ignored the consequences of their forebearers’ actions. It’s certainly not a new idea – because it has been openly observed over the whole span of humanity’s recorded existence. Not only do we forget the skill and know-how of our predecessors, but oft is the occasion that we fail to recall the lessons, for better or for worse, that those who came before us were taught.

True progress comes in building upon memory. History instructs, and we toss the knowledge behind us over our shoulders – the shoulders of anyone but geniuses. How readily settlers tried to “Europeanize” the Native Americans; they had easily forgotten their newfound liberty within a few generations.

Natural history is also rife with examples of civilization’s continual disregard for the lessons we have learned over the history of man’s interaction with the environment. Victims on the timeline of extinction caused by humanity have come to include the dodo, tarpan, Yunnan Lake newts, and others. Evidently, we’ve learned nothing. Because now we face losing the pangolin and the Atlantic puffin through illegal hunting, excessive fishing, and climate change. We are doomed to repeat the shortcomings of bygone years.

No species in the great spectrum of living organisms seems to be impervious to the destruction left in our wake. Along that same trail of tears, the castaways of history, those stories with meaning and merit, lie sinking in the mud. Humanity trods on.

Community crumbles under a similar reaction. People have a tendency not only to destroy nature but to destroy other people around them. Only the will of homo sapiens can project suspicion and hatred; no other creature is given the capacity for either. So much of human history has been enacted as a result of this trait – a trait that exists completely within the realm of control.

Yet, bigotry and bloodshed serve as the ink in writing the pages of our past. Now, in the 21st century, amidst a pandemic, we are doing what fallen human nature does best: forget the misdeeds of those who came before us. Remembrance and regret have been dismissed.

Suspicion fuels so many forms of abuse, including racism. The COVID-19 crisis, as in any time of anxiety, brings out the best and the worst in people. Some of the worst is the racism against Chinese-Americans that has surfaced and become vocalized amid the pandemic.

From trolls online to derogatory remarks and from being spat on to being physically harassed, Asian Americans have reported an increase in hostility being directed toward them during the present climate of pandemonium.

It seems that, as a people, we have progressed merely a few paces from the “American” response to Asian suspicions during World War II. The attack on Pearl Harbor resulted in a series of actions undertaken by the U.S. government. Besides entering the war, it also caused a movement for the internment of Japanese-Americans. Out of creeping suspicious of Axis alliance, this country was responsible for placing over 100,000 people into concentration camps – on account of their appearance and heritage, nothing more.

Devoid of the severities and slaughterings experienced by prisoners in the German camps, the prisoners in American camps were nonetheless barred from the normative life of their fellow citizens. They had been thrust into an other-worldly sort of place. In the land of the free, liberty had been retracted. It seemed as though the Nazi mindset had taken in its first disciples in the states. And now, for some Chinese-Americans, a similar mentality of association and dread has brought about an atmosphere of aggression.

So much for progress. I believe it continues to flounder on account of our failure to recognize and build upon the lessons of the past. The pandemic has made us acutely aware of another disease – that of hatred toward our fellow human beings.

Malice – it’s an emotion only a person can display. But mercy, too frequently orphaned at the gutter – or perhaps at an internment camp, is also a uniquely human faculty among the members of the Animal Kingdom.

Perhaps the response to fear and malice is mercy. False judgments, rash action, and a readiness to hate are not going to solve the problem. In a time of weakness and sickness, it is aid and not anger that leads to healing.

Healing, in essence, is what true progress is. It’s noticing the signs of the decay of health and working to prevent future ailments. This is progress. I’d like to see us change history for the better.

John Tuttle is a journalist and creative. His writing has been featured by The Hill, Submittable Blog, CiRCE Institute, The University Bookman, Prehistoric Times Magazine, The Wanderer, and elsewhere. Twitter: https://twitter.com/tuttlemediaman