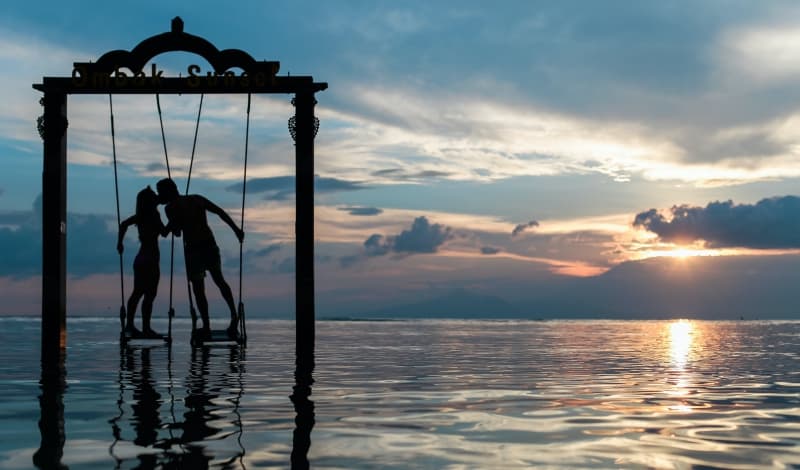 Truth to be told, it scared me! I wasn’t expecting it, not on that day. By it, I mean my true love kiss that saved everything. Yeah! I said it like that, now I believe in fairy tales! That’s because what happened to me was some fairy tale.

Let’s go back a few days before this magic kiss. When did I even get such fairy ideas, anyway? The girls in my social circle mistook me for a playboy and a cheat, for what? I can’t tell. Well, in my defense I am not/was not. For most men, that would have been an amazing trait but for me, at that point, it felt bad; I wanted something else. What could be the thing that could have satisfied me?

Well, number one on my list was to have that cartoon moment where my eyes turn into a heart but in human experience. I imagined looking at one of these girls on one beautiful day and going like “[angelic chants]” in my brain. I started relating to that criterion to my date equation, so on every girl we would interact I would scan for that inexplicable feeling. A few months into my practice, I realized how that was a little farfetched so I put that heart quest at the bottom of my list.

A dungaree, fancy-looking braids, a light-skinned lady, with an urban extra-cool look, all-stars shoes that matched her top

Red… Red was the color I believed attracted power to me. She was in a red top and a sexy denim blue dungaree, my favorite color. I have been away from my church community for a while, then as at my come back, she was there, for her first time. I am short-sighted but even close I could tell that I needed to take a long glance at her gorgeousness. There you have it my humanly experienced “[angelic chants]” in my brain- moment! We went about our gathering and I won’t lie I stared at her, I should have worn my glasses that day, but in my head, it’s not like I would see something special, but I definitely did!!!

I had the urge to hear her voice repeatedly like in those mermaid tales. She enchanted me. She is one of those people who are quiet but also welcoming in social interactions. To catch her attention, I made many jokes that made her friends laugh. She had to ask what’s going on. When she asked, I made a custom one for her asking her if she would pay me taxi-fare if I carried her all the way home. She smiled and said: “No thank you”.

It took me weeks to realize that I had to act on my fairy moment. Her name kept coming up in my thoughts. So after a few arguments with myself many nights and days, I broke my no-number rule for her, which had a 6-month record of success!

Here and there we started chatting once every two days, and when I finally asked her out, she stood me up on our first rendezvous. I knew I really liked her because I called her after she did that to express my anger. This just meant I had a feeling for her, and I wanted her to know how I felt. This zing was getting more interesting! She gorgeously made no excuses, and she told me how sorry she was, and it felt amazing!

So we made other plans, two to be exact. One was a movie, and the other was a long walk together. Talking about firsts, it was the first time I enjoyed holding someone’s hand, and where we lived, it is not acceptable to hold a woman’s hand. It’s strange I know, either way, I did it! I could tell it shocked her I did such a move. I wanted to kiss her but if the people there can’t stand seeing a man holding a woman’s hand, imagine kissing.

After such an amazing romantic moment, we started exchanging movies and to my surprise, the very first movie she gave me was “hitch”, of all the movies… HITCH!

I told you something about me women found playboy-ish. I didn’t understand. But I held her hand, said my inner voice. The act of romantically clasping hands was to me top non-playboy stuff. So in all my efforts, I made sure she understood how much I meant well in my intentions. She said… My texts were extra spicy, and my trait of being a lone ranger appeared as a seduction technique, I knew a few seduction techniques but I didn’t use them like that not with her.

So after an exchange of DVDs weeks later, I felt like she didn’t want to believe in my good intentions. I went to the park with my friend and I told him I really had to lend this magic lady my movies but she was giving me a hard time, and that I wanted to give up on her. Well, it was not a lot of weeks but to me, it felt like months-weeks!

As shocking as it sounds her my fairy-tale dream girl, saw in me what every other girl saw, the difference was she didn’t care somehow, and she made me feel welcome.

After a few good arguments, my friend convinced me to just go to see her and give her the movie. So we boarded a bus to where she lived. That ride was strange I started feeling the tingle in my spine. A feeling that I needed to kiss that beautiful magic woman and that if I did, it would be worth everything.

At that point, I had two problems. One, in a Muslim country it’s forbidden to kiss a woman who isn’t your wife, let alone in public. Two, we would meet in public, since she told me she only had time to pick up the movie. As a bonus, she sounded distant and uninterested in me on that day.

Well, the mighty Robber Knight Prince who steals women’s heart was to step in. As we approached, the feeling grew stronger. At arrival, I looked in the middle of the road and realized it’s the only place I would have a shot at kissing her. I had an absolute conviction, and my heart was racing as if I saw one thousand ghosts. I called her and she came out, in pajamas, as she told me she just wanted to pick up the DVDs. I was like no way! Retreat, retreat!

But somehow when she greeted me, and I saw that inebriating smile of hers, I threw all the fear out of my brain windows and the knight prince in me charged to conquer my one and only magic princess. I had done some classes on body language for fun. I’ll admit, I never knew what YouTube is worth until I applied a whole playlist in a 10min max window!

Here is what happened…

She stood there, and her posture pointed to where she came from, in the beginning. After genuinely asking her how she felt and a good how are you, she then turned her posture slightly to face me. I am not a body language expert, but with this woman I was, am and will be. So noticing the slight variation of the angle of her gorgeous body, I adjusted to welcome the non-verbal message and replied, “Yes, I am genuinely into you”. I did so by adjusting my posture totally towards her. An instant later she told me she had to go back inside. I told her gently that it would honor me to walk her to the gate.

A few steps later, we were by the side of the main road ready to cross; I felt like this was the moment. I called her name; she looked at me. It felt like a slow-motion scenario as I looked at her glowing face. Then, with boldness and no other thoughts in my head… I KISSED HER… for the first time in the middle of the road. A car was horning and probably people yelling Haram which means forbidden in Arabic.

The mighty Knight tired from his quest to find love had found someone he would risk his life for, and that one was a bodacious lady princess who believed in the one true love. I got a little scared as a car almost hit us. I never looked and just like magic again her face drew me in and it felt as though no risk existed in this Arab world.

So we kissed again, a second lips action, magical and breath-taking. I had kissed women, but with her, it was like I never had a real kiss before. There was again my magical fairy tale moment. The daring first kiss that dived two souls, strangers to each other in a magical bonding experience. She ran into her residence. I ran in the middle of the road, yelling out my friend’s name. I was lucky, I didn’t even check twice to cross the road. I couldn’t believe what had just happened. I confused my friend after a few minutes waiting for me to catch my breath, as I screamed I kissed her, Bro.

Not knowing how that could ever be possible, he asked me two questions. Where and when did you kiss her? I sat down on the tarmac of the driveway to a neighboring house and then stood up realizing how crazy I was acting. All I wanted was to go to safety in case a conservative would come to argue about what happened.

I dragged my friend to a passage, and then he led the way as he clearly saw that I was not thinking at the moment. He calmed me down and asked me what happened?

I told him how I kissed her and fell down in joy wearing an enormous smile on my face.

It was the best thing in a long time, a true love kiss.

Inspired by the magic of love and romance, we love to dance and sing! Believers that one united voice can inspire a full life that’s all about good vibes.