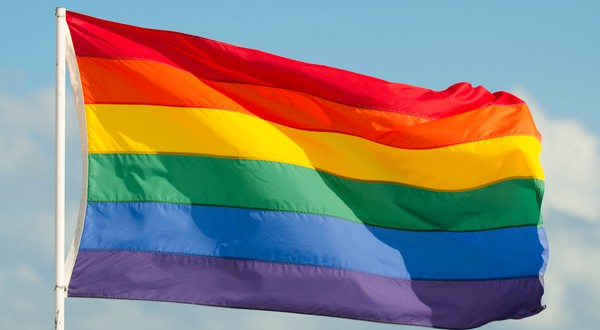 The Egyptian Initiative for Personal Rights (EIPR) condemned the continuation of the security crackdown on persons suspected of having different sexual orientation other than what is socially acceptable, especially homosexual men and transgender women, or those believed to be so, and reiterated its recommendations that the police should refrain from setting up and baiting these individuals through dating applications. And stressed the need for all Judicial institutions and the Egyptian Medical Syndicate and media platforms to ensure the constitutional and legal safeguards, during the various stages of investigation, for those arrested.

This comes on the occasion of the first anniversary of the start of the security campaign following the raising of the rainbow flag, which symbolizes the plurality of sexual orientation and gender identity, at a concert for the band Mashrou’ Leila in a mall in the Fifth Settlement district in Cairo on 22 September 2017. In the days following the incident of raising the flag, a systematic campaign of incitement from some media platforms and public figures began to take place against those who raised the flag during the concert, followed by an unprecedented upsurge in security crackdown targeting gay and transgender citizens or those believed to be so. In the following month, the number of those arrested reached at least 75 people, most of whom were charged with “habitual practice of debauchery”, in accordance with article 9 of the Anti-Prostitution Law No. 10 of 1961, along with other charges in many cases. With the exception of Sarah Hijazi and Ahmed Alaa, who were charged with joining a group founded contrary to the provisions of the law, aimed at disrupting the provisions of the Constitution and the law and inciting debauchery.

In November 2017, EIPR issued a report titled “The Trap: Punishing of Sexual Difference in Egypt”, which monitors the forms of security surveillance for those suspected of having different sexual orientation in Egypt, especially gay men and transgender women, or those believed to be so. The report places the raising of the rainbow flag and the subsequent security attack on September 2017 within a broader context of premeditated police targeting over the four-year period beginning in the fourth quarter of 2013. It identifies a clear approach to police targeting citizens on the basis of mere suspicion of their identity or sexual orientation through spying on their private lives, arresting them and referring them to trial on such grounds. The report compares the current and earlier “debauchery” cases from 2000 to November 2017, showing a marked rise in “habitual debauchery” cases since the last quarter of 2013. In the four years between the last quarter of 2013 and the late 2017 the average number of those arrested and referred to trial in cases of “habitual debauchery” annually is five times the number in the thirteen years between 2000 and 2013.

The current campaign is characterized, according to the report, by four basic characteristics:

The “trap” report also examines the forms of violations of a group of constitutional rights of those with socially unacceptable different sexual orientations or sexual practices or those believed to be so, since their arrest and their journey to the Public Prosecution and Forensics. And then the courts of first instance ending in the courts of appeal through the legal analysis of 25 cases, in addition to a number of testimonies collected by EIPR researchers.

After the month following the incident of raising the rainbow flag and the increasing number of cases and numbers of those arrested, the previous setting up and baiting approach continues till today, and we have been able to monitor at least 16 new cases where 41 people are accused of “habitual practice of debauchery.” These cases were distributed between the governorates of Cairo, Alexandria and the Red Sea.

While the past years since 2014 have witnessed a rise in the number of “habitual debauchery” cases and significant excess in using the provisions of law No. 10 of 1961 to combat prostitution in the preliminary judgments, 2017 has also seen a precedent in the use of article 86 bis of the Penal Code by accusing two people of “joining a group founded contrary to the provisions of the law aimed at disrupting the provisions of the Constitution and the law “without clarifying what the group was and what provisions of the Constitution and the law it seeks to disrupt. In a precedent which is the first of its kind in such cases. This accusation was echoed in the media when describing the users of some gay dating applications as “participants in organizations”, repeatedly in the past few months.

The Egyptian Initiative for Personal Rights reaffirms, one year after raising the rainbow flag incident at Mashrou’ Leila concert and the subsequent security campaign, and five years after the increasing systematic targeting of gay men and transgender women or those suspected to be so, that this approach in dealing with consensual relationships between adults is an explicit violation of a number of fundamental rights enshrined in the constitution and in the international human rights instruments ratified by successive Egyptian governments, primarily the right to non-discrimination, the right to privacy, the right to a fair trial and the freedom from torture and inhuman or degrading treatment.

This post was previously published on www.eipr.org and is republished here under a Creative Commons license CC BY-ND 3.0.
—
—