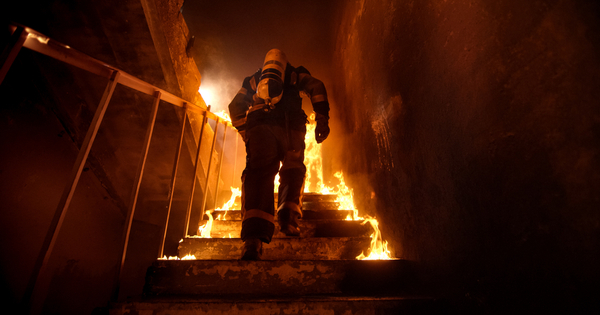 In this episode, Al interviews John Arenburg, addictions counselor, former longer-term care worker, volunteer firefighter, author, and mental health advocate (recorded 3-30-20). John struggled in school from a young age, acting out and smashing things and often finding himself in the principal’s office. He began to see a social worker at the age of eleven or so, yet his behaviors peaked in middle school.

John became a volunteer firefighter while still in high school and a full-active member at the age of nineteen. Soon after becoming a full-active member, John found himself facing his first fatality at the horrific scene of a mini barn fire. John describes several other life events that contributed to his eventual diagnoses of post-traumatic stress disorder (PTSD), major depressive disorder, and generalized anxiety.

John is close to publishing his first book, “The Road to Mental Wellness”. Find out more about John’s book and how you can support him through a GoFundMe page. Find out more about John and check out more of his writing at his website, theroadtomentalwellness.com. You’ll also find John on Twitter @ArenburgJohn and Facebook at The Road to Mental Wellness @TRTMW.

If you have listened and feel that you have received some value from the podcast, please consider supporting the show by becoming a Patron at patreon.com/thedepressionfiles. You can begin to support the show with as little as $1.00/month!

Previously Published on The Depression Files