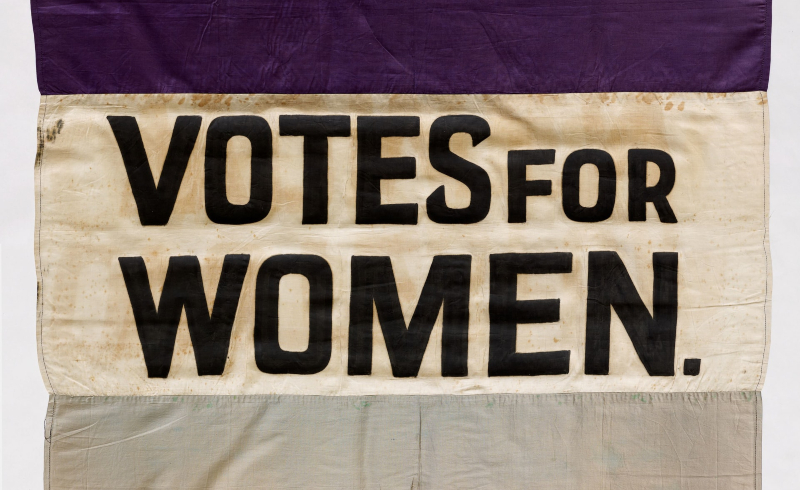 Language allows us voice and choice

The suffragettes got votes for women 100 years ago. But our language, which shapes our attitudes, still doesn’t treat women with equality.

I believe that all of us use sexist language. That doesn’t mean that we should. We are raised in a very non-level society. We can’t help it that everyone who ran a country, mail truck, or company is called congressman, postman, or chairman. We learned those words, and unlearning, famously, is more difficult than learning.

But can we begin to use less sexist language? I think we can and we will.

George Floyd was one man. His murder at the hands of “policemen” changed hundreds, if not thousands of things, including words.

Gone with the Wind (just temporarily?), is gone with the winds of change. Gone are Uncle Ben and Aunt Jemima. Confederate flags, “Squaw” mountain, white actors, commemorative statues: Gone. Team names: Redskins, Rebels, Crusaders, even Confederates (who knew?) are gone. Police cars in Fortnite, COPS, and so many more things are GONE.

Most of these words and things are not gone forever. But, I can easily see them slipping off into the sunset, and I am not the only one to say: “Good riddance ugly words!”

But some sexist names, mascots, flags, mud-flaps, and products are still with us despite suffrage, Women’s lib, #Me too, Women’s March and other movements. There are tons of reasons for this, but one big one is that people are just far more comfortable with sexism than they are with racism.

Are Black women the origin of “Hos?”

Honestly, I understand that “Hos” — as in Bros before Hos” came from crude slang for “whores”, but I’ve wondered why so much disrespect is tolerated in every white and Black culture into which it’s seeped.

With racism, people are visibly separated, with sexism it is not an exaggeration to see that many of us are still literally, sleeping with the enemy.

The enemy, in most cases, is not our partners, but our internalized sexism, our normalization of tropes and gender roles, and very visibly, our language.

These things are slow to change, but actively putting new ideas in the human mind is a first step.

Here is just one example.

The word Bitch is by any definition sexist. Yet, we have tried for decades to defang the word; we try to own it, and to make it our power word. This has had mixed results. But in the final analysis, when someone in the parking lot calls you “a bitch”, you are not going to like it. When they call Predator Trump a bitch, or a whiny, little bitch, he’s going to come back with reasoning that says you are “nasty.” When he calls an athlete “son of a bitch”, or moves on her “like a bitch.” We may be appalled by his casual sexism, but not surprised that he uses the language most of us do.

Sexist language permeates our lives, our airwaves, our pornography, our children’s playgrounds (often the living room these days) and our everyday discourse.

How can you actively use less sexist language?

First of all, we all have to think about the power of words. All week, I’ve been watching, on and off, the Republican National Convention. All of these people are not “nasty.” They are so nice, inclusive, compassionate, anti-racist and anti-sexist. They want you to know the joy of the American dream for equality, opportunity, prosperity, godliness and safe suburbs.

How do I know? They say so with their language.

Their deeds may say otherwise, but their language is all about inclusion. Use words, then that demonstrate inclusion when you speak. Whether they are sincere or not is up to you. At this point, I am a bit suspicious about whether Kim Guilfoyle in her red power dress is really standing up for you and me. But she is getting heard, and for a woman, that’s an improvement.

Next, if you want your children to be less tainted with sexism, tell them so. Tell them when you see an insult, a slur, a put down, or a discriminatory “norm.” Point it out and tell them why you think that free speech is very important, but that all feelings and opinions, including their own, must also be included in free speech.

Explain why fat shaming, slut shaming, and even homophobia are all based in misogyny.

Another trick is to use normal, and accurate words.

When men’s reproductive health is referred to as vitality, virility, manliness, and stamina, but women’s — most especially periods — reproductive issues are known by 5,000 euphemisms, (according to Reuters), there is some inequality going on that is reinforced by our language habits.

I have found that the best words for vagina, uterus, and menstruation are vagina, uterus, and menstruation. Don’t use clam, cooch, moneymaker, or any other word that brings to mind negativity or disrespect, unless you are certain they are positive. Likewise, when talking about male anatomy, do we need to say “manhood”, but not “womanhood?” What about drill, tool, slut slayer or lady killer? Is that what we want to teach our sons and daughters that our sexy bits are for?

Here is another tip.

Dump the outdated for the new. Weather girl, or script girls, news girls and shop girls are meteorologists, continuity supervisors, journalists, and clerks. Don’t ever bother to add an “ess” as in stewardess, or authoress. We have stewards, flight attendants, and writers to fill those roles and gender doesn’t need to come into it. Similarly, you can also lose the “ette.”

We desperately needed those suffragettes, but instead of usherettes, or majorettes, we can just say usher, or drum major now that it’s the 21st century. Even our formers suffragettes are more accurately described as feminists, and surprise, these days you don’t have to be male or female to like equality.

Finally, think big. Think of humanity rather than family of man. Think of the world, a female deity to some, and not just this tired old planet. Think of inclusion to include Mother Earth, Father Sun, and sister moon.

Think of the thousands of generations to come who will embrace inclusivity and who will be grateful for your foresight.

In other words — less oppressive ones — think of a new and improved world.

These are just a few takeaways to begin to help you think about language.

I know that most people don’t feel the same, but for me, I would like to see the B word go the way of the N word. Yes, it is still used, especially in hip hop, film, art and performance, but so far, people are much more sensitive and attentive to being careful in how they use the N word.

We don’t see that level of sensitivity about language use with some of our most sexist words. That bears thinking about, and thinking is the one thing you can do everyday to try to see new ways to envision a world where you are happy to see your son or daughter, — or even yourself — thrive in comfort, acceptance and equality.