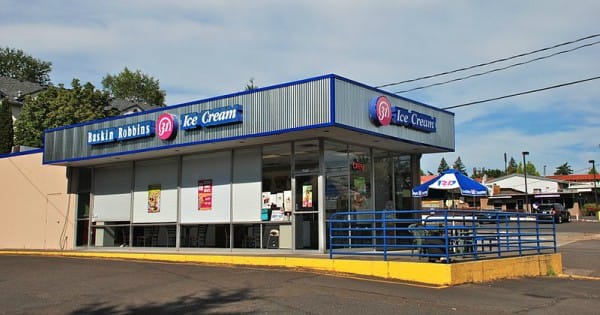 All the jobs I’ve had through the years, as well as the ones I didn’t get, have contributed to my work. I currently serve as bishop of the New England Synod.  Serving as a bishop is a job and a calling that involves conflict management, human resources personnel work, leading meetings, determining direction of an organization, understanding a foundational level of financial budgets, staff supervision, from time to time an opportunity to pray with people and an occasional scheduled or spontaneous engagement in public speaking.  I have often said I do three things. They are a) provide clarity, b) say thank you and c) cause trouble.  The key is knowing when to apply the right tool.

Assistant for Maintenance – In the summer of 1973, my Junior High School principal offered me a job. Five days a week, 8:30m a.m. till 3:30 p.m.  I rode my bike each and when I showed up he assigned me a job.  The tasks ranged from cleaning windows, painting desks, washing out classrooms, sanding down handrails.  In other words, I did chores that needed to be done but were below the work of the full-time custodian/maintenance guy.  What I learned from this job was the value of work. What I most recall from this summer some 45 years later is that I rode my bike every day to work, and at the age of 13, I discovered freedom and independence.  I also learned how to navigate rush hour traffic.

Ice Scream Scooper for 31 Flavors aka Baskin Robbins – For about one year I worked after school at this store.  The owners of the franchise were two couples who were related to each other.  Two things stand out from this experience.

The first involves an attempt by a customer to trick me out of the change I was giving him.  This was a common petty crime in which someone would buy a small item, give you a ten dollar bill, talk a great deal to distract you, and then insist that he gave you a 20 and want the change. I figured the character out quickly and told him he could leave the store.

The other story involves the owners.  When I got hired, the owners issued two uniform shirts, and they deducted $3.75 from your first four paychecks.  If you kept the shirts in good condition, you would be refunded the total of 4 x $3.75 = $15.  When I left that job, the owners insisted that the amount was $10.  I had kept all my pay stubs in a drawer at home, so I went and was able to find my first, second, and fourth pay stub.  Each was showing the $3.75, but I couldn’t find the third stub.  When I brought the three pay stubs to demonstrate that they owed me the total of $15 for the good condition returned shirts, the owner said, “Nope, sorry, it was ten dollars, and that missing stub would show it.”

I learned a lot about human nature, the power of pettiness, and greed.  Mostly I learned how not to treat employees.  I also discovered that my favorite flavor is Mocha Almond Fudge.

Insurance Document Courier – While in college, my friend Roger worked for an Insurance company. His job was to manage its fleet of company-owned cars.  These were big long Oldsmobile, Lincoln, and Cadillacs.  He needed someone to help, but mostly it turned out that what the company needed was a delivery driver.  This was at a time before email and fax machines. My job was to drive all over Los Angeles to pick and deliver documents for this insurance agency.  Think Uber driver of paper, not people.

What did I learn from this job?  One thing, one crucial thing.  Namely, the most important people for any company are the secretarial support staff.  They do all the real work, and if you treat them well, everything goes much smoother.

A & R Rep for CBS Records – This is a job I did not get.  My interview was so bizarre as to involve myself and the other candidate sitting in an office on Wilshire Blvd with a bunch of obnoxious young executives listening to a horrible song.   They claimed this song would be the next big hit.  They also discussed all of the “side benefits” of working in the entertainment industry.  I left that office and thought I’d been in the midst of the most childish group of adults ever.  They never called me back, and it was the best job I didn’t get.

I drove back to my summer job as a camp counselor, where I enjoyed working with children who behaved more like adults.  Looking back, I realize this was a transitional moment in my young adult life.  I also learned that sometimes it. Might be proper not to get the job.

Youth Director – All Saint’s Lutheran Church was looking for a youth director, and I applied during my first semester of seminary.  The congregation’s pastor gave me the freedom to experiment, challenge the suburban culture of comfort, and express my complex theological ideas.  I worked there for two years.  It was my first real exposure to congregational life.  I saw the best and the worst of people.

After two years, I was convinced that being a pastor was the last thing I should do with my life.   Two years later, I was ordained and called to serve my first congregation in Brooklyn.  My All Saint’s experience taught me the first step in the Journey is the Refusal of the Call…and it’s just that, the first step.

Facebook5TweetPinEmail1Shares6
wpDiscuz
0
0
Would love your thoughts, please comment.x
()
x
| Reply
Share this ArticleLike this article? Email it to a friend!
Email sent!