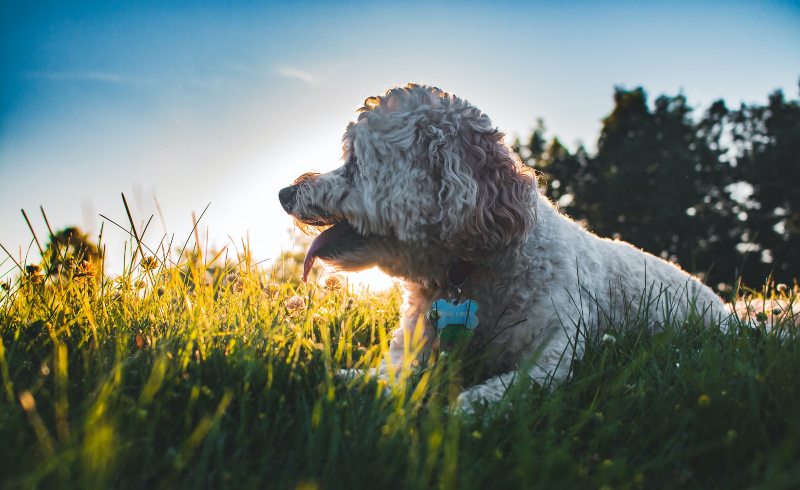 Amy Cooper, the woman who took her dog to Central Park, could not have picked a worse time to be a racist. Ms. Cooper threatened to call the cops on Christian Cooper (no relation) when Mr. Cooper asked her to leash her dog. The incident was caught on video, and rode a wave of anti-racism fervor, as George Floyd was murdered within hours of the video being released to the world.

By now you have heard this story, but if not, it is useful to see the video. What is most remarkable to me is that these two people managed to deescalate a tense situation without any bloodshed, or even profanity. This may be in part, because no police arrived in time to murder anyone. Ms. Cooper asks him “Please sir,” to stop recording her. He is equally polite. As Ms. Cooper does, eventually, leash her dog, Mr. Cooper, very calmly says “Thank you.”

But, after the incident, and release of the video, Ms. Cooper’s life was all but murdered. She was fired within hours. Her dog was taken away. She lives to this day with hateful insults and death threats. I do not imagine she feels she has been treated fairly.

None of this, of course, is the fault of Mr. Cooper. He is perfectly happy to live and let live, but Ms. Cooper has endured a vitriol of hate that neither the two accessories to the murder of George Floyd, or even the killer of Trayvon Martin, George Zimmerman, has faced. There are been thousands of posts about Amy Cooper’s racism, although I have seen precisely zero posts about the man who called the cops on George Floyd. Why is this?

George Floyd was murdered, and Christian Cooper, by all accounts is living his life as he should. The same cannot be said for Amy Cooper. I do think her actions were racist, but I don’t think she deserves more rage than those who call actual murdering cops.

Why should this be? It is a puzzle that leads me repeatedly to the conclusion of sexism. But, not just sexism, I think there is more going on here than just a few knee-jerk misogynists. Like all topics of the day, everything having to do with our current suffering is intersectional. And sad.

The first of these outcomes has to do with our political climate and video witness. Ms. Cooper had the unfortunate timing that resulted in making her an extreme target of pent up rage against white supremacy. She was a “Karen”, a woman of privilege who is perceived to have felt confident enough within that privilege to tell Mr. Cooper she was calling the cops. Did she recognize the weight of this? I don’t know, but neither does anyone else. Mr. Cooper, for his part, told her: “Please do. Please call them.”

Shortly after, they both drop any “threats” and go on their merry, and incendiary, ways.

But a life threat makes fantastic fuel for the fire of rage that ignites when people look at the racist history of torture and lynching often sparked by a white woman’s accusation. To be clear, in the fog of the moment, when Ms. Cooper, (if human at all) was likely surging with cortisol and adrenaline, Mr. Cooper has just told her, “You’re not going to like what I am going to do.” It turns out that what it was “she wouldn’t like,” was feeding her dog something to lure Henry near. This was an admitted, and harmless, tactic that Mr. Cooper employs precisely for the purpose of getting dogs back on leashes. At this point, there is no way to know whether Amy Cooper realized what his claim to do something “you wouldn’t like,” was. Could it be a dog treat laced with poison (as she later said) or was she just not thinking clearly at all. As a psychologist, I would go for the second interpretation. Amy Cooper was not thinking about her motives.

More fuel for that fire, is that people live in the moment. Whereas the outrage over the murders of Trayvon Martin, Eric Garner, and everyone since, should have brought change, it didn’t. Rather than reform our policing strategy across the United States, people are left with seething resentment against racism. This is human. It is as it should be. Sustained outrage is impossible, and the indifference of too many people to injustice is also as frustrating as hell to thinking people.

I am a white woman, and I know I am both an unwilling racist and strongly anti-racist. That is, we are all born into a racist society with programed mental bias that each of us must ACTIVELY fight against in order to end racism for good.

What I mean when I say that “I am racist,” is that I cannot truly know the extent and depth of my privilege. I know my parents were born into extreme poverty, but they were not redlined out of property ownership back in the late, last century, for just one example.

Ms. Cooper is also a woman. I do think this makes a huge difference. Whereas the news barely mentions the names of George Floyd’s three murderers, her name is well known. Women are expected to behave better than men. Not murdering someone is a pretty low bar. But even more is expected of someone like her. She is exactly the type of an “east coast elite,” New Yorker, a democrat, one would expect to be a true ally. Instead, she is a white woman who has riled up centuries of smoldering resentment around the myth of the scary Black man who is a threat to white women.

I think something similar happened when O.J. Simpson murdered Nicole Simpson. Their “race” should not have come into the equation at all. But for racists in denial, it was a scary Black man threatening the purity of white womanhood, an absurd and outdated trope. For a few Black people, it was yet another prejudiced accusation tinged by racism. About 140 women are killed each day on Earth by domestic partners, of all colors.

To be fair, by now, a very large majority of people simply see O.J. as an acquitted murderer. But, until society really deals with the reality of racism, this kind of upset will flare repeatedly.

It looks as though the Coopers in the park handled their situation well. She was out of line, but they did not let the incident escalate to tragedy. Her life, however, now does look unfortunate. We may never know what was in her head, whether she was full of fury, confidence, privilege, fear, or mild irritation at someone refusing to stop filming her and telling her “You won’t like what I am going to do.”

This vignette of human encounters during twenty-first century racism is a moment for great reflection. It shows us that we all have to continue to struggle for equality. Let’s hope that our comprehension and understanding, as well as our compassion for one another, will eventually allow such public scenes to unfold organically without being colored by the heinous taint of racism, or sexism.

We too easily call women a Karen, a Becky, a Patty, or a Caroline, but we don’t assign any derogatory name to men who also call police unreasonably. Or worse. It is difficult to believe casual sexism plays no part in this.

I am hopeful things are changing, albeit long overdue. If we evolve as a society to see one another as complete equals, we will still have run-ins and disagreements, but maybe more often they will unfold on level ground without extreme external judgment.