Get Daily Email
Join/Login CLOSE
Home / Featured Content / Andrew Yang is a Fringe Presidential Candidate, But His View on the Future of Work Should be Mainstream. 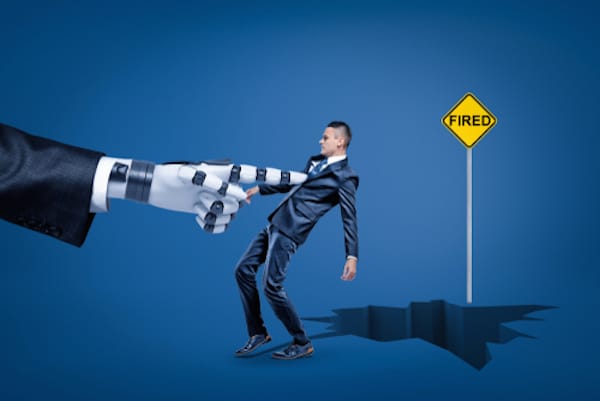 4.15.18: National – (Opinion/Politics): New York entrepreneur Andrew Yang isn’t a household name.
But the lesser-known U.S. presidential candidate, who is proposing a basic universal income of $1,000 a month for every American adult starting at age of 18, is slowly gaining traction.

The Yang Gang, fanatics of the Venture for America founder, make up more than 65,000 unique donors, ensuring that the fringe candidate will appear on the first Democratic primary presidential debate.

Mr. Yang is worthy of a mainstream stage. And not because he deserves to be president. Rather, he needs to be heard.

The second Industrial Revolution is taking hold of our economy, the Columbia Law School graduate warned in his April 14th CNN Op-Ed.

“What happened to manufacturing workers will soon happen to retail workers, call center workers, fast food workers, truck drivers and others,” wrote Mr. Yang, who pointed out that the financial crisis of 2008 brought our 14 million manufacturing jobs down to 11.4 million, and 10 years of expansion has only brought us back up to 12.8 million.

In other words, the robots are coming for the jobs. Or more accurately stated, given the proliferation of automation, they already have.

Proof of the aforementioned can be found in a variety of sectors.

For example, Walmart Inc. last week announced that, in an effort to keep labor cost down, the company will expand its use of robots in stores to help monitor inventory, clean floors and unload trucks.

The largest employer in the U.S., Walmart Inc. is billing the automation advancement as a coup instead of a controversy. Robots will free up workers to pursue customer service and sales, the company said.

In Shanghai, a café named Ratio employs a robot arm to grind coffee beans and pump out shots of espresso. The impressive piece of technology then passes the drink to a human waiter for serving, according to The Economist.

And a Los Angeles suburban restaurant called Caliburger garnered headlines in the spring of 2018 when it debuted Flippy, its burger-flipping robot, which is positioned to replace short-order cooks.

According to USA Today, if robots such as Flippy become more widespread, they risk cutting into one of the fastest-growing job sectors.

The consulting firm McKinsey and Company estimated in a 2017 report that half of all work activities will be automated by 2055 or sooner, CBS News reported.

Automation is the core plank of Mr. Yang’s campaign for the presidency.

His message is succinct: The United of States of America is unprepared for the impact automation will have on the workforce and a $1,000 basic universal income can serve as a safety-net while citizens adapt their skills to the future.

Mr. Yang is a futurist and that’s a great title for a presidential candidate and one that’s less divisive than that of a socialist. With that said, he’s widely considered a longshot; and he’s widely unknown. But he’s running to win.

However, Mr. Yang appears equally thrilled with the prospect of whoever wins in 2020 adopting his policies.

… I’m not someone who is lying awake in bed plotting my path to the White House …. my goal is to try and help society manage the greatest economic and technological transformation in our history, Mr. Yang told CBS News.

Mr. Yang isn’t winning the popularity contest. At least not yet. But he is, in my opinion, a frontrunner in the race for ideas. He’s a serious thinker who should be taken seriously.

Even if you won’t vote for him, you should lend him your ear.

Thanks for reading! Until next time, I’m Flood the Drummer® and I’m Drumming for Justice!™
—

Facebook6Tweet4PinEmailShares10
wpDiscuz
Share this ArticleLike this article? Email it to a friend!
Email sent!