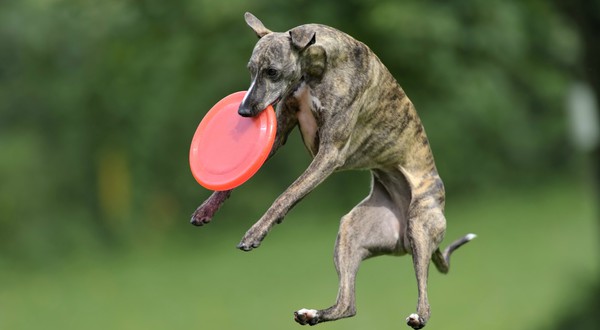 For almost as long as modern science has been around, the idea that animals can remember past experiences seemed so preposterous that few researchers bothered to study it. Surely only humans, with our big, sophisticated brains, could be capable of ‘episodic’ memories – recalling a trip to the grocery store last Saturday, for example. Animals, in their constant striving for survival, as the popular thinking went, must live in the now, and only in the now. Using our own cognitive superpowers, we now know that we were spectacularly mistaken – and a memory champ from the animal world might even help us improve how we treat Alzheimer’s disease.

The view of animals as primitive beings void of memories and living only in the present had its roots in a 400-year-old idea still often taught and debated in introductory Philosophy classes. ‘They eat without pleasure, cry without pain, grow without knowing it; they desire nothing, fear nothing, know nothing,’ wrote Nicolas Malebranche (1638-1715), a French priest and philosopher. Malebranche was poetically summarising the ideas of René Descartes (1596-1650), the father of modern Western philosophy and perhaps the most famous person to devalue animals, seeing them as lacking souls and therefore nothing more than mechanical ‘automata’.

As science has learned more about the capabilities of animals, that assumption has become impossible to justify. Beginning in the 1980s, studies confirmed, perhaps unsurprisingly, that animals are capable of what’s called procedural memory – a type of long-term memory that aids in performing motor skills such as running or climbing. But what about episodic memory, the ability to perform mental time-travel, returning to a past event and replaying it in the mind? The psychologist Endel Tulving in Canada, who defined episodic memory in 1972, popularised the view that such mental feats were beyond creatures other than us. Where was the evidence, he said, that the hippocampus of other species – the part of the brain where episodic memories are kept and retrieved – could capture memories like our own?

Undeterred, a small but persistent group of researchers kept at this question of whether animals are capable of episodic memory. Maybe we just haven’t figured out the right way to test for it, they thought – a difficult challenge to surmount given that animals can’t just tell us about their inner lives. Now, having come up with some sneaky new ways to investigate animal memory, scientists are closer than ever to answering that question once and for all. In the past decade, researchers studying animals from the far corners of the animal kingdom – western scrub-jays, dolphins, elephants, even dogs – have come to the same conclusion: at least some animals are capable of these human-like memories of past experience. ‘For a long time, people thought that nonhuman animals were not capable of forming episodic memories,’ Jonathon Crystal, a neuroscientist at the Indiana University, told me. ‘That default view is not correct.’

The accretion of evidence was enough to convert a former skeptic, the psychologist Michael Corballis at the University of Auckland. In 2012, he wrote in Trends in Cognitive Sciences that it was ‘highly likely from an evolutionary perspective’ that mental time travel was not unique to humans. After all, humans evolved from other mammals, so where did we get episodic memory if not from our nonhuman ancestors? Is it really so far-fetched that humans and rats can both remember what trail leads to the apple orchard, and the last time they were there?

Some of the most persuasive evidence to date of animals reliving the past comes from Crystal’s own studies of episodic memories in rats. Previous studies tended to test limited aspects of episodic memory, such as where and when something occurred, but few had explored the most important one: whether the animal could replay those past experiences in its mind, from start to finish. To investigate rat recall, Crystal and his PhD student Danielle Panoz-Brown conducted a clever study in 2018. First, they trained 13 rats to memorise 12 odours. They built a special rat ‘arena’ with 12 stops, numbered 1 to 12, each scented with a different odour. When the rat identified the odour in a particular stop on the route, such as second-to-last or fourth-to-last, it received a reward. Then the researchers changed the number of odours and watched to see if the training had taken hold: would the rats identify the second-to-last and fourth-to-last odour in the sequence, even if the number of odours was different? This ensured that the rats were identifying the odours according to their position in the sequence, not just by scent. ‘We wanted to know if the animals can remember a lot of items and the order in which those items occur,’ Crystal said.

After a year of these tests, the team found that the rats aced the task about 87 per cent of the time. Subsequent tests confirmed that their memories stuck with them, and withstood interference from other memories. What’s more, when the researchers temporarily dialled down the hippocampus, the rats performed poorly, further confirming that it was, indeed, episodic memory on which the rats had relied. Studies in dolphins by other researchers in 2018 showed that the hippocampus fired up when the animals were replaying a memory, confirming that it coordinates memory replay and further challenging Tulving’s view that the hippocampus in animals can’t handle episodic memories.

The psychologist Scott Slotnick of Boston College, the author of Cognitive Neuroscience in Memory (2017), believes that episodic memory is far more common in the animal world, at least among mammals, than anyone thought. ‘Given that hippocampal sharp-wave ripples coordinate memory replay and have been observed in all mammals that have been tested, it can be concluded that all mammals have episodic memory,’ he wrote in a blog post in 2017.

This brave new paradigm of episodic memory in animals has implications that go far beyond our understanding of animals’ inner lives and behaviour. Rats’ impressive performance on memory tests means that they might have a lot to teach us about Alzheimer’s – including how to treat it more effectively. ‘What’s most debilitating in Alzheimer’s patients is episodic memory,’ Crystal said. ‘So we’re trying to develop models in rats that more closely mimic that.’

The timing could not be better: new genetic tools such as gene-editing allow scientists to create rats with an Alzheimer’s-like neurological condition, making them the perfect analogue subjects to test new Alzheimer’s drugs. Testing Alzheimer’s treatments on rats that have been robbed of their episodic memories would give scientists a much better idea of how well the drug might work in people, before proceeding to expensive and often anticlimactic clinical trials. ‘It opens all kinds of new opportunities,’ Crystal said. ‘If the drug does not improve episodic memory, well, that’s not going to be the most valuable treatment.’

The success rate for Alzheimer’s drugs remains heartbreakingly low. According to a study by the neurologist Jeffrey Cummings in Clinical and Translational Science in 2017, these drugs have a 99 per cent failure rate. ‘To be fair, there are a lot of factors [for why clinical trials fail],’ Crystal told me. ‘But what I contend is that once you have those fixed, you better be using a model that uses episodic memory function.’

Crystal and his team are developing these designer rats now, and they will not come soon enough. In the United States alone, the number of people suffering from Alzheimer’s will soar from 5.8 million today to 14 million by 2050 as the population ages. If rats with episodic memory can help to crack the Alzheimer’s code, this thief of the past might finally be vanquished.

—
This post was previously published on www.aeon.co and is republished here under a Creative Commons license CC BY-ND 3.0.
—–

Facebook16Tweet1PinEmailShares17
wpDiscuz
0
0
Would love your thoughts, please comment.x
()
x
| Reply
Share this ArticleLike this article? Email it to a friend!
Email sent!