Get Daily Email
Join/Login CLOSE
Home / Featured Content / Antisocial Behavior and Violence in Men: How it Can be Predicted at the Age of 2 and 3 and What Can be Done to Prevent It 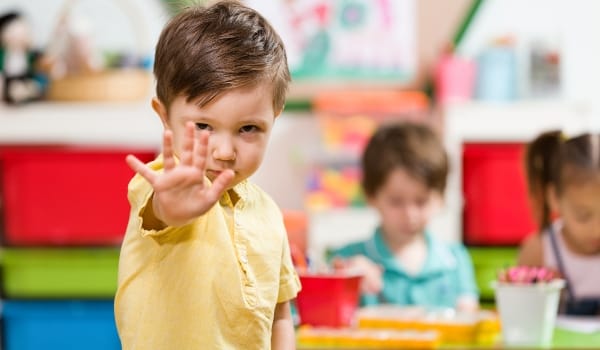 A key predictor of violent crime (as opposed to nonviolent crime) is poor emotion regulation in early childhood. Where this is linked to persistent conduct problems through childhood, particularly when combined with hyperactivity/attention problems, there is a correlation with male violence and antisocial behavior in adolescence and early adulthood.

The research suggests that violence prevention programs should prioritise the development of self-regulation skills in boys living in urban poverty, through working directly with them and through parenting programs. Some programs have already been successful in this regard. The High-Scope Perry Preschool Study reduced early violent antisocial behavior by targeting self-regulation skills in early childhood. Other programs, such as the Promoting Alternative Thinking Strategies (PATHS) curriculum and Family Check-Up, have improved children’s emotion regulation and reduced conduct problems. Positive parenting is often associated with the improvement in child conduct in these programs.

Stephanie Sitnick and colleagues have carried out research into early childhood precursors of male violence and antisocial behavior in young adulthood. They studied data from the Pitt Mother & Child Project, a study that followed low-income high-risk youth from the age of one until they were 20 years old; 310 families participated at the start, and 256 were still going at the end. The researchers measured child oppositional behavior, child emotion regulation and quality of the home environment. They also measured conduct problems throughout the period (physical aggression, oppositional behavior, temper tantrums) and hyperactivity/impulsivity/low attention. At 20 years, they measured violence and antisocial behavior both through court records and by interviewing the young adults. Their key finding was the link between poor early emotion regulation and adult antisocial behavior and violence.

Genetics: Studies of aggression in identical versus nonidentical twins show 65% heritability for aggression. Heritability for domestic violence is over 50%. Heritability relates more to impulsive/reactive violence. The genetics are complex and the only single gene found to occur more in violent offenders is MAOA (Monoamine Oxidase-A).

Brain impairments: Neurological impairments can be seen in several parts of violent offenders’ brains relating to emotion regulation, moral decision-making and impulse control. In particular, reduced structure and reduced glucose metabolism is often observed in the prefrontal cortex. The striatum is also more likely to be enlarged. The striatum is associated with the reward system and may suggest an oversensitivity to rewards in violent offenders.

Physical influences: The research suggests a variety of physical predictors of antisocial behavior and violence.