Get Daily Email
Join/Login CLOSE
Home / Featured Content / April is Sexual Assault Awareness Month: How Men Can Be a Part of the Solution 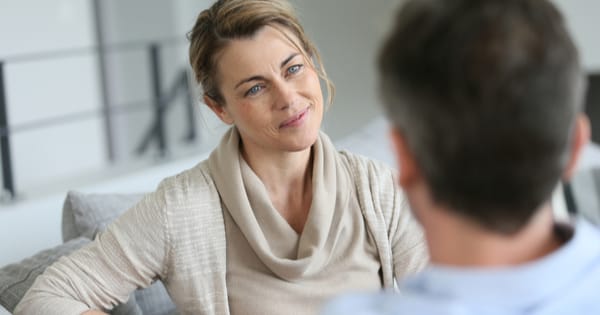 It’s been nearly two years since the #MeToo movement changed the way we talk about sexual assault. At bthere, we see this on the ground floor: on college campuses, which make up the center of gravity in this necessary and ongoing conversation. #MeToo has shifted visibility and awareness regarding the sheer prevalence of the problem; for many men, it’s opened their eyes to how deeply friends, family members, and colleagues have been affected.

In recent years, men on college campuses have earned the stereotype, often well-deserved, as participants in a culture which enables harassment. One of the greatest joys of my job is seeing that stereotype defied on a daily basis.

A question we often hear is, “What can I do to help?” Apart from the commitments we make in our own relationships, there are many ways men can be supportive allies. Here’s a few tips to get started:

#1 Embrace the idea of feminism

My grandfather turns 98 this year. In our small hometown in Texas, friends have affectionately nicknamed him John Wayne. He’s a WWII vet, registered member of the NRA, religious Fox News viewer, and straight-ticket Republican who still rides a tractor and could almost certainly kick my a**. He’s also a feminist.

Many men still attach preconceived notions to feminism, and because of that, create unnecessary battles over semantics and political jockeying. The essence of feminism is the belief that women deserve the same rights, considerations, and peace of mind as men. Embracing a label like this — and understanding the power of it — is a simple step that can go a long way in proving yourself an ally. Do you support gender equality? Then yes, you’re a feminist.

From personal experience, the majority of men who aren’t yet engaged in this shift are those who haven’t put effort into understanding how our culture affects the women in their lives. If we recognize that most of us will have very few, if any, personal experiences that will better inform us, we can start having conversations with loved ones that build empathy.

Recently, one of my sisters told a friend how she stopped at a gas station on her drive home because another driver had yelled obscenities at her, then followed her. Her friend was horrified. When he asked if things like that had happened before, she said, “Yes. Of course.” The reality is that many women have become conditioned to norms that most of us have never even had to consider.

We won’t be able to build true empathy unless we engage in conversations in which we listen well and ask thoughtful questions. As a first step, try asking a woman in your life if she would be comfortable describing the last time she felt unsafe or overlooked because of her gender. Her answer might surprise you.

Every time a man or woman comes forward, it’s an opportunity for us to listen and support them. Whether it’s a personal acquaintance or an allegation on TV, consider the cost of that honesty and respond to their courage with trust.

According to FBI studies, only 2% of reported sexual assault accusations turn out to be false — the exact same rate of false reporting as other types of violent crime. And if you’ve ever stood alongside a loved one during the reporting process, it’s clear why this number is so low — it’s a terrible and often retraumatizing experience, something that requires courage in ways many of us can’t comprehend.

If someone trusts you enough to share their experience with you, there’s no need to offer perfect words. Try to convey 1) how deeply wrong the incident was and 2) your unwavering commitment to supporting them. Remember, simply talking to you is an immense act of faith that you are safe. Prove them right.

Bystander intervention, simply put, is friends stepping in for friends. That goes beyond the stereotype of superheroes swooping in; it’s often as easy as simply saying something. Consider these numbers: 19.6% of college students have witnessed an act of sexual violence or harassment — and of that group, 54.5% did nothing and 24.5% felt unsure of what to do.  Similar numbers are seen regarding situations when a person is seemingly unable to offer proper consent.

The good news is that stepping in can be quick, easy, and effective. The National Sexual Violence Resource Center (NSVRC) breaks it down into a few simple steps:

The NSVRC offers more in-depth tools and tips for stepping in — but it all starts with choosing to do so.

The past two years have shown us that talking about harassment and believing victims can go a long way in building understanding. When men become good allies, everyone benefits.  Let’s keep looking inward and making the commitment to be a part of the solution. Asking “how?” is a great first step.

Ben Johanson, a former attorney, is the founder and CEO of bthere (www.bthere.is), the first group messaging and location-sharing app that rewards users for swapping screen time for face-time.

Facebook189TweetPinEmailShares189
wpDiscuz
Share this ArticleLike this article? Email it to a friend!
Email sent!