Get Daily Email
Join/Login CLOSE
Home / Featured Content / As the Streets Roar, 2020 Proves To Be One of Those Years 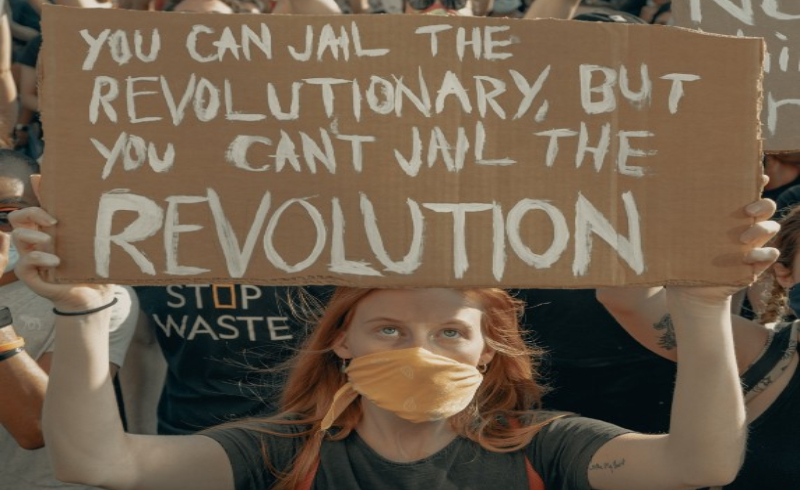 Half-year has come and gone. As July 1st and July 4th arrive, we realize this is a historical year.

No matter whether the planet comes back to the reality of pre-pandemic, 2020 will be a historical year. Economic and social analysis alike have new historical benchmarks. Any other recession will be measured against this one, every social uproar will be compared to the streets in 2020.

What the world is achieving is remarkable, at least by the symbolism it portrays. In China, the nature of the government as authoritarian and violent against minorities and social reforms alike is ever clearer. In the US, Princeton removed Woodrow Wilson name from their buildings; Confederate Flags are being banned all over the country. There is no going back, there only going forward or resting at the new “normal”.

We face structural shifts that spread from the economic to the social, changing the background in which the rest of the century will develop.

SARS-COV-2 and its related disease, Covid-19, emerged in China. That is no secret.

Wuhan, the first area to be deeply affected by the coronavirus is very central in China territory, and a quick look at the maps show that is a very well-connected region. An outburst of an infectious disease in an over billion people country can be disastrous. From such perspective, China’s answer to the covid-19 crisis was both fast and effective, but it was not the best solution.

An authoritarian solution to a crisis is never the best choice even when seems to be less disruptive in the short run. For the Chinese State, that was “the only action possible”. A government that collapses towards its center is prone to be afraid of solutions that jeopardy its power, so, to have a regional-based, people-based might lead to uproar in different places of the country, maybe even some revolts.

If China had an effective answer in the short run, the crisis in Hong Kong reveals the limits of such approach. In this July 1st, 300 people were arrested. The government of main China enforced a new law as protesters are in the streets demanding Independence.

A government can only be politically harsh against its citizens when the bulk of the population feels they are being protected by such policies. And may never last forever.

That is not to say such measures are desirable (or even legal), only that a government may succeed in being violent against its people from time to time. Nevertheless, sooner or later, the abuse of power mounts so much that it creates unrest and violence and democratic calls for change.

In China’s case, those changes may cut really deep. So far it is unlikely that the protesters will win Hong Kong’s Independence, but as time passes and the democracy cries grow louder, history shows that the waves against a central despotic government tend to become bigger and bigger.

The Covid-19 pandemic hit US in a much stronger wave. Because of the central government’s ineptitude, the country did not handle the situation well. There was not enough health equipment and safety material. There was a lack of strategy and even of common sense.

Too many people got infected, too many have died. And the toll has been especially hard on the Black community.

As the racial inequality became even more apparent, and people went to the streets to fight for social and racial justice; the response from the government was dubious. A lot of police districts and mayors and states heard the cries from the movements, and started putting proposals on police departments changes, from abolishing violence to defunding and restructuring the police forces.

The federal government, on the other hand, was against the protesters. The “law and order” president even attacked a pacific demonstration so he could have a photo-op.

Nevertheless, America has changed in the last decade.

Inequality prejudice, racism and sexism have become ever more intolerable. And now, according to polls a huge momentum is building around necessity of deep structural change in both economy and government.

It is unlikely that the protesters will achieve sweeping changes, those never come fast in History. But, as time passes and the cries for democracy grow louder, history shows that the wave against racism and prejudices tend to push hateful attitudes far away in the fringe of society.

The pandemic is an event to the history books, as it was the flu pandemic of 1918. But as most people forgot about those years as the post-World war I shaped the century. And It was exactly like that: Communism would grow into a major force, liberalism would fight, and in the end win, as it pushed democratic values.

Changes are not as radicals as they are long-lasting.

Although most people think history is a sequence of dates when everything changes, human society changes little by little, only every now and then there is a moment when we see the deep lines being traced. In these moments, it is possible to see where the tracks of history are leading. 2020 is one of those years.

As the pandemic shows how much the world is interconnected, it teaches us that we need to work together, and we need to make democracy more equitable. To be free is only possible when we are equals in rights and opportunities.

About A. E. Holanda