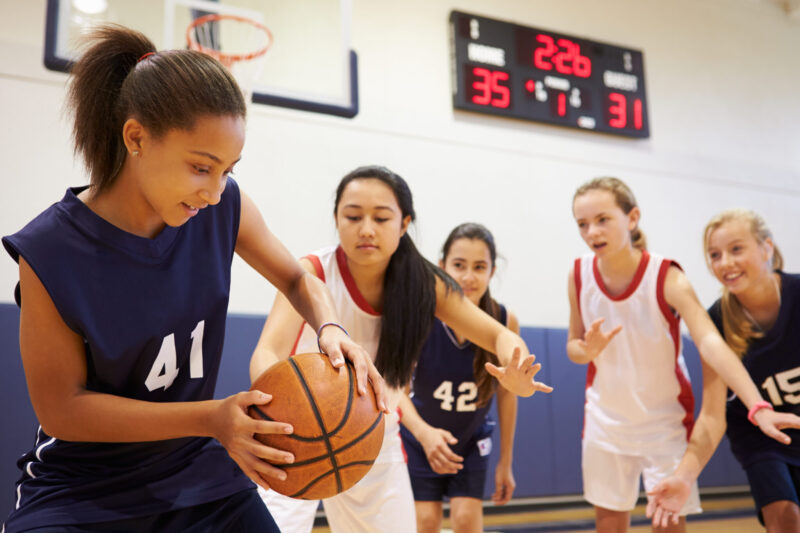 Dear Athletic Support: I have noticed that the amount of jump ball calls in girl’s basketball is quite a bit more than boy’s basketball. Several girls can be fighting for the ball and a foul is almost never called. Is there a reason for this?

Dear Jump Ball: You didn’t mention what age girls we’re talking about here. My guess is that if the girls are younger, the refs are simply trying to move the game along.

A middle-school game would have to be officiated differently than a high school game. Same goes for high school versus college. Nobody wants to watch a game — regardless of the level — dominated by a referee’s whistle.

I’ve never been a referee, but I’d have to imagine that there’s some sort of conversation that goes on prior to a contest where they decide how stringently they’re going to officiate a game. My guess is that this decision is based upon the level of play.

I’m not saying girl’s games should be officiated differently than boy’s games. I’d be willing to bet there are some girls teams out there who could beat the boys any day. But if the girls you’re watching are younger or not as skilled, then that would be my guess as to why you’re not hearing more whistles. And thank goodness for that!

Call for questions: It’s that time of year again, the time where I have to reach out and beg for more questions.

My absolute favorite aspect of writing this column is hearing from you, the reader. I’ve had questions sent in from as far away as Colorado and as close as my hometown of Russellville, Arkansas. Some of these correspondences have led to friendships.

Recently, one of my most devoted readers wrote in after his son signed a National Letter of Intent, thanking me for helping (in a very small way) his son earn that college scholarship.

Sending in questions is a great way to connect, but they’re also necessary for this column to survive.

They’re the lifeblood of “Athletic Support.” And, listen, I realize writing to a guy you don’t know and asking his advice about some pretty personal stuff isn’t really everybody’s bag, but let me tell you a secret.

Nobody will ever know who’s behind the penname “Jump Ball” or “All-Star Dad.” Some people even choose to remain anonymous when they send their initial email to me, and that’s totally cool too!

In the end, I need your questions. Plain and simple. So if you enjoy reading this column each week, please take the time to write me a question. Even if you don’t have kids involved in youth sports, you might have grandkids, nieces, nephews, or even friends’ children who are involved in athletics. I’ll take anything.