Get Daily Email
Join/Login CLOSE
Home / Featured Content / The Auto Industry Is Moving Towards Electric: But Not Fast Enough 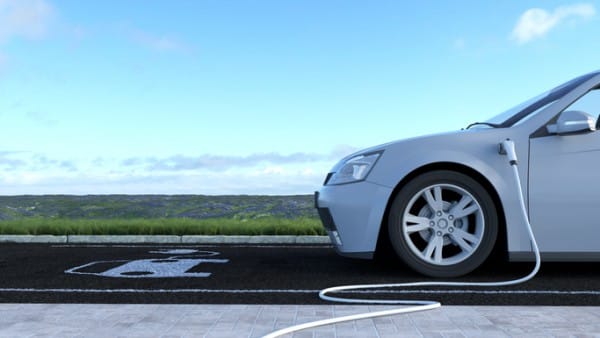 The 2019 Frankfurt Motor Show clearly shows that the automobile industry is moving, albeit too slowly, toward an understanding that electric vehicles are the future — many in the industry are still in denial — and that their developers will soon be working in this direction. Officially at least, the petrol-heads are history.

That said, there is still a long way to go: the majority of electric vehicles on display at the German city are still in the concept phase, and most vehicles in production are still either diesel or petrol, along with hybrids pretending to be something they aren’t. In this sense, Volkswagen the brand with the greatest need to clean up its act, unveiled the ID.3 ahead of the motor show, saying it will soon go into production and will be on sale in 2020. It says it will build 22 million electric cars over the next decade. According to VW’s strategy director, Michael Jost, “electrotransformation is not a necessary evil, but our future business model.”

If so, it’s a model clearly inspired by Tesla: the company gives abundant and due credit to the founder of the American brand:

Elon Musk certainly helped us. We looked at how he did it and how we want to do it. Even today, we still ask ourselves: ‘In what areas is he better than us and where do we have to overtake him — and where not?

According to Jost, Musk’s leadership was fundamental in helping Volkswagen’s transformation:

Without Elon Musk, my job would have been much more difficult. It is not easy to reshift a traditional company to e-mobility. You have to have a good plan and convince people. But between 70% and 80% of the company is now convinced we’re on the right track.

Volkswagen says Tesla has the advantage of having started directly in the electric vehicle without having any previous structure to transform, but the German brand says that contrary to what Tesla does, “Volkswagen does not manufacture vehicles for millionaires, but for millions.” It intends to keep the ID.3 €30,000, and the company claims to have received more than 30,000 pre-orders since May for delivery in 2020, many of them from first-time customers. Meanwhile, Volkswagen is also collaborating in projects to refurbish classic models like the iconic Beetle or the 1960s microbus.

Electric vehicles need to be as competitive as possible, with a wide range of styles and options as soon as possible. But the important thing here is that electric mobility is not about being cool or modern, it is the solution to a pressing and urgent problem: the internal combustion engine. I will only start taking Volkswagen and other leading carmakers seriously when they stop selling diesel and petrol vehicles.

The speed at which the motor industry is going about its conversion to electric-powered vehicles is unacceptable given the climatic emergency we now find ourselves in. The only way the industry will abandon the internal combustion engine is through state intervention, which will presumably require a carrot and stick approach. As things stand, waiting two decades will be far too late: the evidence is before our eyes, if we choose to ignore it, we do so at our peril.