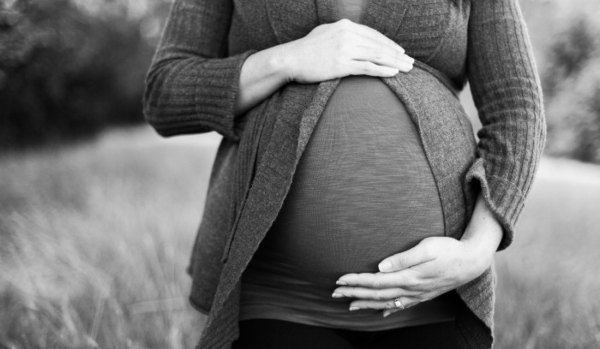 Talking to many of my friends while writing this article, I’ve realized one thing:

Every pregnancy is different. Embrace it in every possible way!

If you ask the moms, there is always some interesting story associated with every childbirth. Those nine months are so overwhelming for all mothers — the first trimester full of morning sickness, the second trimester full of cravings, and the third trimester of getting bigger — don’t you think this is mostly the same for all. The feeling of a life growing inside you is so precious that as mothers you just tend to forget all the pains. But still, I believe that every pregnancy story is unique in its own way. And mine comes with a lot of drama.

The day I got the news confirmed of my pregnancy the entire family was on cloud nine. It felt like they have been waiting to hear this from us for a long. And to a matter of fact, it was almost seven years after our marriage that we actually went ahead with family planning – so yes it is true; we did keep them waiting for a really long time. This news was big. There was pampering and there were so many guidelines of DOs and DONTs. My mother for instance had told me clearly to check for any signs of bleeding as it may need immediate supervision. She also advised me to take a lot of care in the starting days and do prayers (for positive thoughts). Actually, during the starting weeks with the changes due to pregnancy, women’s body tends to reject all new things that are happening inside – that’s why most of the new moms experience nausea. But we never listen to the advice given by our well-wishers.

That was my MISTAKE NUMBER ONE.

As a couple, the first child is always very special. You get to see a totally different side of your spouse. The concern, care, and commitment — 3Cs to a whole new level. Every day my husband used to prepare a new list for work allotment and sharing responsibilities, though he was never able to do any of those work the gesture itself was the sweetest thing. After waiting for these many years, I suppose my pregnancy did bring my husband and me even closer.

During the first three-four weeks, everything was pretty much normal in my case. Physically you don’t see any changes, in fact, most women don’t even get the news this early. It’s generally after a month of missing the cycle it clicks that we should take a pregnancy test. Well, everything was going well. Work-wise also everything was really stable. But slowly as days passed by, there was something that I could feel was not going right.

I clearly remember those days, if anything came up with some urgent deadlines at work, I used to feel my heart throbbing really loud. There was a kind of panic that I had felt for the first time in my life. But instead of talking to someone about it, I tried becoming the master of my own life.

Actually, I never knew but unfortunately, my blood pressure had started fluctuating. I ignored the situation and never spoke to anyone about this.

That was my MISTAKE NUMBER TWO.

Now comes the climax of the story.

During the sixth week of my pregnancy, my husband had to leave me and travel out of town for some urgent work. I was working from home that week. After doing the laundry I noticed I had a bit of spotting. I checked for the symptoms online as most of our generation does and it said this slight bleeding in the sixth week was a normal thing. I blindly believed the online information and never spoke with my doctors about the symptoms.

That was my MISTAKE NUMBER THREE.

The next day I woke up with my liners and sheets red. There was no cramping but It felt like I had gotten my periods. I asked my husband to come back to the town asap and I rushed to the hospital all alone. Injections were given immediately to stop the bleeding. After that, scans were done every second day to make sure good health of the fetus. With god’s grace, nothing had happened to the baby then but my uterine lining had become weak and there was some old discharge that caused the bleeding. This condition is called as Threatened Abortion or Threatened Miscarriage.

There were signs but I ignored them – the three mistakes committed during the early weeks of my pregnancy. Actually, if you talk to the doctors in detail you’ll get to know that, During the pregnancy time there should not be any bleeding and if there has been any spotting also please it’s considered an emergency in medical sciences – one must see the doctor immediately and not refer to anything online.

While doing my research I found out that – about 20 to 30 percent of women will experience bleeding during the first 20 weeks of pregnancy. But to leave this bleeding unresolved and not telling your doctor increases risk. In my case, I was then asked to take the following precautions after this episode. If you are somewhere in need of help, this might help you as well;

Because of what all happened in the second month of my pregnancy, I was advised for strict bed rest in the coming months. I left my job and became a full-time baby-loving Mumma. A small mistake that we make in early pregnancy can actually lead to big troubles in the future. We were lucky that the baby was still doing good.

I really hope nobody goes through this phase, But prevention and knowledge is always better than cure! If you are worried and not sure of what is happening with you, take professional medical help. In that case ditch all your internet knowledge and whatever the case may be, report the abnormalities to your treating doctor without delay.

If you are thinking that all this is frightening – please don’t be. Medical science is quite advanced – with all this, I was blessed with a lovely healthy baby boy last year. And even though I had a history of abnormal hormones, things were under control. And as a matter of fact, most of the women who experience this condition will carry their baby to term just like I did.

That’s my side of the story, if any of you have had any complications in pregnancy share your experience. Not to frighten others but as awareness and precautions that you would want others to take. Experiencing the condition of threatened abortion or threatened miscarriage can cause problems of anxiety and depression. Please, in that case, also speak to your doctor, your family members, and get connected to local help groups. Because, as I said earlier:

Every pregnancy is different. Embrace it in every possible way!

I am here to ice-break the conversation around relationships, parenting, and motherhood.