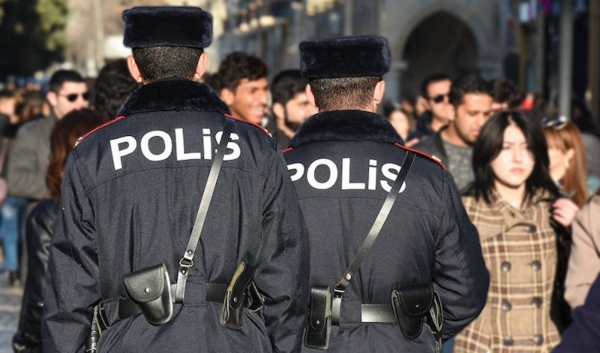 On September 2, residents of Baku were informed that a new kind of police force would be patrolling the streets of the Azerbaijani capital. Local media outlets cited a statement by the Baku City Main Police Department according to which the authorities have decided to take “complex preventive measures” against issues “contrary to public moral values and national mentality.” The decision was allegedly taken after several complaints were made by residents to the police department.

Azerbaijan has been ruled by President Ilham Aliyev since 2003. The Aliyev family’s business interests are internationally renowned; the glamour and glitz of their lifestyle feature in international magazines and journalistic investigations alike. But back home, appeals to conservative “national values and mentality” remain a widespread method of shaming Azerbaijanis for inappropriate behaviour, whatever that might be.

So it is no surprise that when the capital city’s police made this announcement, it caused a backlash from the progressive residents of Baku. What were these moral values that demanded protection from the police? What defined the national mentality in this particular context, and what constitutes a violation of these morals and values?

“Does it mean that a woman wearing a short dress or a couple holding hands is immoral?” asked lawyer Samira Aghayeva in an interview with Azadliq Radio, the Azerbaijani service of Radio Free Europe. Aghayeva continued that the authorities provided no reference to what exactly constitutes a violation of “national mentality,” which she believes shows that the police themselves do not know how they will handle such cases.

In the absence of a clear legal framework, there are fears that the police could simply harass citizens in the name of “public morality,” on whatever grounds they see fit. This would follow the precedent of the police acting as a watchdog of public morality, as in Saudi Arabia, Iran, or Malaysia.

MeydanTV, an independent media platform operating in exile, published a caricature by Gunduz Aghayev mocking the “morality policemen.” Azerbaijanis were quick to share their scepticism on social media networks:

They are creating “morality police”. They will be measuring the length of skirts on Torgovaya [a major pedestrian street in Baku]

It soon became clear that the introduction of “morality police” was really about monitoring one very specific industry: sex workers and sex tourism in Azerbaijan.
In a September 14 statement, the Azerbaijani Ministry of Internal Affairs appeared to backtrack, announcing that dedicated “morality police” would not appear in Baku after all. Instead, special patrols identifiable by their dress code would be responsible for “removing women of easy virtue who offer tourists sexual services” from the city centre.

The state statistical office does not provide the number of individuals employed by this specific industry. According to UNAIDS database, in 2018 the number of sex workers in Azerbaijan was estimated at 32,000, a rise of over 5,000 since 2011. Over the same period, Baku residents started to actively criticise the perceived rise of prostitution in their city.

But in a country where police are notorious for corruption and past attempts to curb prostitution and other illegal activities have proved futile, the success rates of new special units seem questionable. In authoritarian Azerbaijan, the police have long helped carry out repression and surveillance of dissidents and opposition activists. If anything, the role of Azerbaijan’s police has just been upgraded to interfere even more in people’s personal lives — all to resolve a problem which is by no means new.

In fact, many of the experts who have spoken on the recent development agree that introducing morality police is unlikely to lead to a decrease in sex work. Instead, they say, the authorities should be coming up with solutions for the real reasons that drive people into the sex industry; they must address underlying causes such as a lack of good education, wage inequality, and poor economic opportunities.

This post was previously published on Globalvoices.org and is republished here under a Creative Commons license.