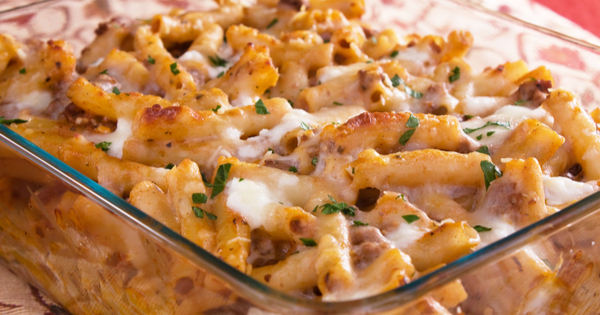 The NBA is newly underway, and I am beyond excited.   I am a passionate fan, and an obsessed one: my moods yo-yoing like a James Harden crossover during a season; my happiness, unhealthy as it sounds, too-often dependent on the success of my favorite teams and favorite players.

In many ways, an NBA season is like a soap opera for me, a dramatic story unfolding quarter-by-quarter, half-by-half, game-by-game.  I get involved, I project, and yes I pout when things on the court don’t go the way I want them to go.  But I also experience joy, exhilaration, and, in the case of Allen Iverson, way back in 2001, when he led the Philadelphia 76ers to the league finals, inspiration.

I’ll tell you the story.

That year, 2001, was the best of Allen Iverson’s basketball life.  Determined to shed a “me-first” image, “AI” bought into a team concept under new coach Larry Brown and propelled the underdog 76ers into the NBA finals against the star-powered Los Angeles Lakers. On the way, he won the All-Star and League MVP trophies, dazzling fans with his mercurial quickness and irreverent (to defenses) offensive attack. He was relentless and fearless going to the basket against much larger foes, flinging his tat-laden, skinny body into thick seven-footers, finding a sliver of an angle to arch the ball up and under massive arms, taking the invariable hit, and falling, his cornrows glinting in the arena light, like a spent bottle-rocket. The miracle was never that the ball went in, which it almost always did, but that he got up off the floor after such a beating. But he did, every time.

I can’t say the same for me that year.  For a while, I wasn’t sure I’d get up – emotionally, that is.  The hit I took was my marriage ending after six years.  It hurt bad, the breakup, but basketball helped to ease the pain – watching, as well as playing. Like AI, I was a guard, and while I held none of his absurd athleticism, I could move reasonably well, dribble reasonably well, and shoot more than reasonably well. I excelled in pick-up games, or at least held my own, and while I had never stopped playing once I got married, my forays to the court multiplied, and intensified, after my divorce. I literally wore sneakers out, and nearly my knees and feet, but the game, the competition, the sweating and striving, helped me let go of tension, ease depression, and forget my troubles for a while.

Nights were spent scouring the television for games, and, as I had gone to school in Philadelphia (Villanova University) I gravitated toward the Sixers, and, naturally, AI. He was an underdog and so was the team that year, overachieving and winning games in bunches. I identified with them and used them for motivation — if they could beat the odds and make a run for a championship, I could surely overcome my grief and feel good again.

But like an NBA season, it was a long haul toward healing. There were times when the grief was overwhelming, and with it came doubt and insecurity. Bouts of sadness led to fits of anger, tears produced clenched fists. I hardly ever felt comfortable, or at peace. I had trouble enjoying things I always enjoyed: reading, writing, even day-dreaming. About the last thing I wanted to do was spend time in my head, but that’s the only place I seemed to dwell, deep inside, a dark place.

It was like a self-inflicted prison sentence, and my pain was the warden. Break time from this metaphorical cell came from hoops. The basketball court was “my yard,” a place where I could breathe fresh air, even if it smelled of sweat, where I could loosen my limbs, release anxiety and let go of aggression, where I could feel like myself again, or at least as long as I held “winners.”

About the same time the Sixers made it to the NBA championship, I was finally taking steps forward, small, incremental movements of progress, moments when my shoulders would release tension and I would take a whole breath in, rather than just an anxious sip. The growing sense of ease encouraged me to take chances, to be less isolated, to think again about a life lived and not hidden from. To this end, my family had a vacation house out in the Hamptons, in the bucolic town of Wainscott, just a mile from a beautiful beach and the Atlantic Ocean. It was just after Memorial Day, the start of the summer season, and I had a hankering to go there and spend the weekend away from City life. I also was looking forward to playing basketball.

Wainscott, at that time, contained in its small confines one of the few remaining one-room school houses in the country, and on the grounds was a sun-bleached (and cracked) concrete basketball court. It was here that an evening hoops game was played every evening during the summer. There were no lights on the court, but from early June to late August games would last until dark, or until the players gave up from exhaustion. I was a habituate of the game, considered it my home court, and must have launched thousands and thousands of jump shots (during contests and alone) at those two rusted rims over the years. There were others who were regulars, but none as regular as me. I lived for the game throughout my high school and college years, and still played whenever I could get out there after graduating and getting a full time job.

That Memorial Day weekend, 2001, I left New York City for Wainscott on a Friday afternoon.  This was the first time in years I had done the trip solo, and, truthfully, the first time I would be at the house alone for a long weekend. It was a bit daunting, but I comforted myself that it would be good for me, give me time to reflect, and, mostly, play lots of basketball.

Unfortunately, for the first part of the evening, time alone was nothing of the sort. I paced the house as the sun dipped in the sky, starting to feel sorry for myself, thinking about my breakup, feeling sad and lonely. I finally called my parents, not wanting to worry them about my state, but to connect and let them know I was safe. Of course, I worried them as I lamented and shared my feelings.  They showed their support, let me know they loved me and that I would be okay, and my mother, in infinite maternal wisdom, told me that I should eat and there was a casserole dish of baked ziti in the freezer.

I hung up and felt better. It was enough to give me an urge to take a jog. I laced on sneaks, shorts, T, and with headset on, took off.

I had never run so hard and for so long in my life, not before, and not after. Sweat and fury poured out of me, and when that was extinguished, out came all the other emotions I was holding. By the time I made it back to the house, more than an hour later, covering at least ten miles, what was left inside me, what I felt, was one thing: relief.

I was also starving. Remembering my mother’s suggestion, I took out the ziti and popped it into the microwave. Then I turned on the TV. About the time the ziti was ready to eat, Game One of the Lakers vs. 76ers was starting. According to the announcers, and just about anyone who followed the game, it was going to be a rout. So dominant were the Lakers that season (they had won twenty games in a row), and so stellar was the play of their two stars, Shaq and Kobe, and so steady their coach, the renowned Zen-Master, Phil Jackson, that few, if any, gave the 76’ers a chance to win even one game. A sweep, it seemed, was inevitable.

Which was what the LA faithful, including Jack Nicholson and other Hollywood glitterati, were standing and chanting in unison before the opening tip that night at the newly-opened Staples Center: “Sweep, Sweep, Sweep!” The sound of their chanting reverberated throughout the arena, like a Roman Coliseum crowd calling for a fallen gladiator’s head. But as I gorged on ziti, still clad in my sweat-drenched shorts and shirt, it was clear the 76’ers had not gotten the message, were not defeated yet, at least not that night.

And it was all because of AI. Basically, he played out-of-his-mind, doing everything he did all season and more, taking it to the rack with fearlessness, ball-hawking on defense, breaking down defenders and causing uncontrolled chaos on offense. His brilliance willed them to overtime, where he hit the shot that has been since called the “Step Over,” a far-right baseline corner juke of a “j” over a fallen, “ankle-broke” Tyron Lue, the then back-up point guard for the Lakers, and later the head coach of the Cleveland Cavaliers. They were just two of the forty-eight points AI scored that night, but the most memorable. Sportsmanlike or not, what AI had done, after hitting the j, was take a giant monster-truck stomp over Lue’s prostate body. I saw it not as bravado, but defiance, an unwillingness to concede to a more powerful enemy, a David vs. Goliath triumph (even though Lue was shorter). I stood, and with ziti sauce caked to my mouth, cheered like a maniac. Then I cried. I cried and cried and cried. And at the end, just like my run, what I felt was one thing: relief.

I finally did clean up: showered, went to bed, and set my alarm. There was supposed to be a special game the next morning, at nine am, but I got there much earlier.  And alone, just me, the ball, a basket, and my thoughts, I ventured to the far-right baseline corner and started to shoot jumpers, making sure, whenever one hit the mark, to turn and “step over” an imaginary foe, but also a very real one. 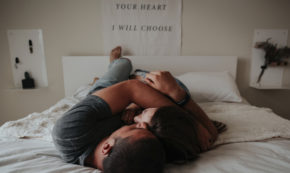 Facebook10TweetPin4EmailShares14
wpDiscuz
0
0
Would love your thoughts, please comment.x
()
x
| Reply
Share this ArticleLike this article? Email it to a friend!
Email sent!