Get Daily Email
Join/Login CLOSE
Home / Featured Content / Because I’m a Woman, or Because I’m Someone I Don’t Hate? 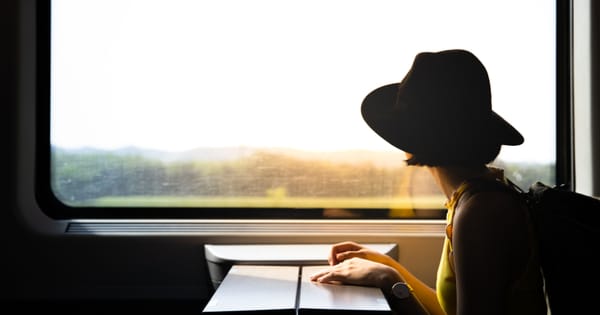 I just took an overnight train from Delhi to Bandhavgarh Park, where I’m joining my family for a tiger safari.

And on the train, I rode first class, because my mother insisted and she was paying. (“You’re barely a month out of surgery!”) I’d just had “THE surgery” for transsexuals.

So I rode in a private compartment with only one other occupant – a young Indian girl.

And our interaction started off pretty amicably. And only got better 🙂

By the following morning, we had shared all of our social media links and were posing together for videos she was going to upload to some platform I’ve never heard of. When she left at the stop before mine, she invited me to come to her house the next time I visit this area.

Now, I used to present as a guy. The whole nine yards – torn male clothes, never-ending stubble, and a deep male voice to boot. And I know that the experience I just had I never would’ve had in “guy mode”.

But, I wonder, why is that? Is it BECAUSE I’m presenting as a woman now? Or just because I get to be (finally!) someone I don’t hate.

Because I hated being that guy – the guy who the world forced me to be. I hated his name, so much that I’d stop reading a book if one of the characters had it. I hated his face, so much that I avoided photos, mirrors, even glass doors or anything that caused a reflection. I was incessantly depressed, with no belief that this was ever going to change.

So, in “guy mode”, obviously my interactions with people were different. I didn’t open up – I shut myself off from the world. I hated introducing that guy to people, even though his identity was the only one that I had.

Now, since my sex change, all that has reversed. I feel like a new person – reborn, as it were. My family, who are visiting me in India, all agree. I’m not that guy anymore. With those awful testicles gone, I’m free to be me.

Which leads me to my question: do I enjoy better interactions with people because I’m a woman (and now look like one), or because I finally have the self-respect I spent 29 years lacking?

I suppose I’ll never know which it is. I know only this: that in the past, in “guy mode”, I struggled to bond with people, especially women. And now it’s not only easy, I seem to draw people toward me. It’s probably both. At least, being seen as a woman, as opposed to a man, probably has something to do with it.

I’ve found that people are far less suspicious of Jane than they were of “Hell Guy” (what I’m calling my male alter-ego). But then again, this might be because “Hell Guy” often fell into random tantrums that involved screaming, head-banging, and cussing to put a sailor to shame. He wasn’t, in other words, just a normal “dude”.

And now I’m free of all that. I, Jane, don’t throw tantrums or cuss out inanimate objects. So of course people would rather spend time around ME – a non-miserable person.

I’ll just always wonder how much of it is also – even principally – because I’m a woman.