Get Daily Email
Join/Login CLOSE
Home / Featured Content / Biden’s Student Loan Plan is Great for Colleges, but an Insult to Borrowers and Taxpayers 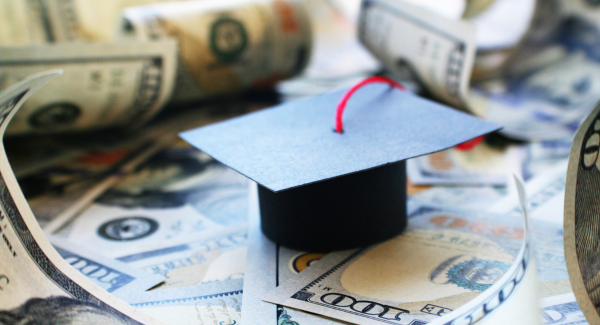 Joe Biden released a $750 Billion higher education plan earlier this week. It looks suspiciously like a recycled version of Hillary Clinton’s plan last election cycle, and what was unimpressive during Hillary’s run is even less-so this time around. In fact, it is insulting to the 55 million people in the country who have student loans, or are cosigned on them.

Like Hillary’s plan in 2016, Biden promises to make community college and trade schools “debt-free” by increasing the Pell Grant. But (also like Hillary’s plan) makes no provisions for preventing the colleges from simply raising their prices to suck this increased funding into their budgets rather than passing this on to the students in the form of lower student loan tabs. Even if Biden appended this plan to call for strict tuition freezes, the colleges could and certainly would get around this by increasing their non-tuition billable items. The colleges, whose state funding has increased in step with inflation over the years (not decreased, as Biden’s website claims), are very adept at capturing new subsidies without actually passing them on to benefit the students they claim to serve, and this only plays right into their hands.

Also like Hillary’s plan, Biden promises a wish-list of additional taxpayer giveaways to the colleges, states, and non-profits in the form of an eye-glazing array of new grants for “fostering collaboration”, “improving health and safety”, “wrap-around support”, and other vague purposes. This is typical tax-and-spend boilerplate that promises only indirect and hard-to-prove benefits for the students and their families.

Make no mistake: The colleges are in the strongest financial position today than they have ever been. Most have even been able to build up massive slush funds over the past decade or more on the backs of former college students who are now saddled with a catastrophic $1.8 Trillion in predatory student loans. Promises to fatten them even further with false promises of benefits for future students (who by and large cannot vote in the first place) did not work for Hillary. Why would it work for Biden now?

What Biden does promise for the 55 million people slammed by predatory student loan debt (and who DO vote) is feckless and doomed to fail. He promises to make the Income Based Repayment program “more generous”, and also “fix” the Public Service Loan Forgiveness program. The sad reality, however, is that these programs can never be fixed. The Department of Education has become the largest predatory lender in the nation by design. Unlike all other loans in this country, federal student loans are uniquely exempt from standard bankruptcy protections, truth in lending laws, and other bedrock protections. The Education Department- which has denied over 99% of PSLF claims to date, and is poised to deny roughly a similar percentage of IBR borrowers- loves this. It essentially gives them a license to steal, and powers that would make the mafia envious.

The Department of Education works tirelessly, behind the scenes, to keep bankruptcy (which the Founders called for ahead of the power to raise an army and declare war) and other consumer protections away from its cash cow. The fact that the forgiveness programs are failing the overwhelming majority of borrowers trying for them isn’t a bug…it’s a feature! Whatever new programs, one might throw at the Department will fail. The Department of Education jettisoned any pretense of serving the citizens years ago. They serve themselves and their crony contractors. They have neither the desire nor the intention of canceling any loan.

Truly, bankruptcy lies at the core of this problem. But on this, unfortunately, Biden reveals his swamp underpinnings. He supports returning bankruptcy only to private loans, and leaves this fundamental protection gone for government loans, which comprise over 90% of the market. This is a shameless move to defend an indefensible big-government lending system that books $100 Billion in interest alone, and plows this blood money-extracted from vulnerable citizens into social programs like Obamacare.

While few people want to (or would) file for bankruptcy on their student loans, nearly all of the 55 Million people holding them or cosigning on them feel the weight of this parasitic lending system on their backs. That Biden tip-toes past this only deepens broad borrower resentment against Biden and Obama, on whose collective watch nearly $1 Trillion was in new student debt was thrown onto the citizenry. Most of his opponents, who are calling for the return of bankruptcy rights to federal loans, will clobber him with this voting demographic. Heck, even the National Review, Cato Institute, and Academics at the conservative George Mason University are calling for the return of bankruptcy protections to student loans. Biden’s silence on this is deafening, and it will hurt him badly if he does nothing.

If Biden wants to be viable in the primaries, he will rethink his plan, and at a minimum call for the return of bankruptcy rights to all student loans. He could (and should) even pledge to do this by executive order. While the student loan borrowing voters probably do not expect Joe to promise to eliminate all student debt, they do expect and have every right to look to Biden to restore at least this Constitutional right.

To do anything but this is to double down on Hillary’s failure, but it will hurt Biden far worse than Hillary as this issue rises to the fore in this election, and more people across the political spectrum see this big-government monstrosity for what it is.