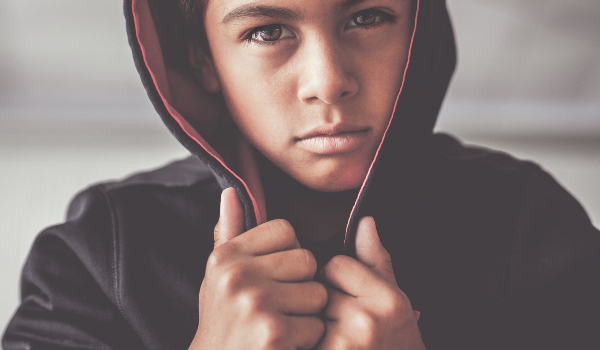 Some things are so predictable you can very nearly set your clocks by them.

Among the most ironclad examples of this truism is the speed with which folks on the right — especially white folks — will seek to derail a conversation about racial inequality and racism by pivoting to the subject of black out-of-wedlock birthrates.

As in, “if black people would stop having ‘illegitimate’ children they wouldn’t have all these problems,” whether those be crime, poverty, or the persistent gaps in well-being between themselves and white Americans. To hear conservatives tell it, virtually all the problems of black America trace to out-of-wedlock births in the black community, and all could be solved or at least seriously diminished if black women would just cut back on all the baby-making before marriage.

Sadly for those wedded to this position, the entire premise upon which these arguments are made is false. Contrary to popular belief, out-of-wedlock births to black women have been falling for nearly fifty years, and births to black teenagers are at lower levels now than they were in the 1950s.

Here’s the deal: You’ll often hear it said that more than 70 percent of black babies today are born out-of-wedlock and that this is nearly double the rate from 1970, at which point only 37.5 percent of black children were. And these numbers are both true. However, they fail to prove what conservatives think they prove.

While the right uses this data to insist that black women and their male partners — and the larger culture from which they come — are increasingly mired in behavioral pathology, they fail to understand the difference between the out of wedlock birth share and the out-of-wedlock birth rate. But these are not the same thing, and only the latter really says anything about black sexual behavior.

The trends are especially positive for black teenagers. According to the National Center for Health Statistics, not only have birth rates for teens in general dropped dramatically since 1991, the largest declines in such birth rates have been to black teenagers. From 1991 to 2013, the black teen birth rate dropped by 63 percent, and is now at an all-time low.

Whether we look at teens or adults, unmarried black women are already doing what conservatives would have them do: namely, having fewer children. This means that even if one chooses to view out-of-wedlock childbearing as evidence of some cultural pathology — itself a problematic and arguable proposition — black culture must be steadily getting healthier and less pathological, rather than more so.

So what about that 71 percent figure?

The reason that the share of births that are out-of-wedlock has increased from 37.5 to 71 percent since 1970, is because although births to black unmarried women have fallen considerably, married black couples have cut back even further on childbearing.

If married black couples are having far fewer children than before — down by half to two-thirds in fact — and are cutting back even faster than single women, the overall percentage of births that are out-of-wedlock will rise, owing nothing to the supposedly irresponsible behaviors of single black folks.

Essentially, fertility rates for black women and families are following the same trends we can see worldwide: namely, as individuals make gains in education or economic well-being they cut back on child-bearing.

So here’s a modest proposal.

If conservatives are worried about the share of out-of-wedlock births in the black community being so high, and if single black women are already cutting back on such births at a record pace, there’s really only one other way to bring down that 71 percent number: namely, the right should immediately start a campaign to encourage black married couples to have lots more kids.

How about it Trump fans? Since you love throwing that 71 percent figure around so much and are so troubled by it, maybe you can lead the charge for black couples to go all Duggar family and have 10, 15, hell, 20 kids! Maybe we can subsidize fertility drugs for black couples so they can have triplets and quads! That way, the share of out-of-wedlock births in the black community can plummet and everyone can stop talking about shit they don’t understand.

Oh, and the black population percentage would also increase dramatically, so…

Yeah, I didn’t think so.

Bottom line: critiques of black culture that rely on tropes about out-of-wedlock childbearing are false, and more to the point, racist. They perpetuate stereotypes of hyper-sexuality that have been at the root of white supremacy from the start, and they are based on lies.

It is quite apparent by now that conservatives will stop at nothing to deflect attention from issues of structural racism, police violence in black communities, unequal job opportunities, unequal school resources, and persistent racial gaps in every measure of well-being. Rather than address the ongoing failure of America to live up to its purported principles — a failure so utterly complete as to suggest those principles were never meant to be taken seriously in the first place — they retreat to victim-blaming, black culture-shaming and reality-challenged slanders against African Americans.

Only by calling them out for their lies, clearly and unapologetically, can the movement for justice hope to prevail.

I tweet and Facebook. My podcast, Speak Out With Tim Wise, is available on iTunes and Google Play, and I post bonus audio commentaries and content at my Patreon page. Speaking engagements are booked through Speak Out: the nation’s premier non-profit speaker’s bureau.

—
A version of this post was previously published on Medium and is republished here with permission from the author.
—

Photo by Joseph Gonzalez on Unsplash

Facebook31Tweet2PinEmailShares33
wpDiscuz
0
0
Would love your thoughts, please comment.x
()
x
| Reply
Share this ArticleLike this article? Email it to a friend!
Email sent!