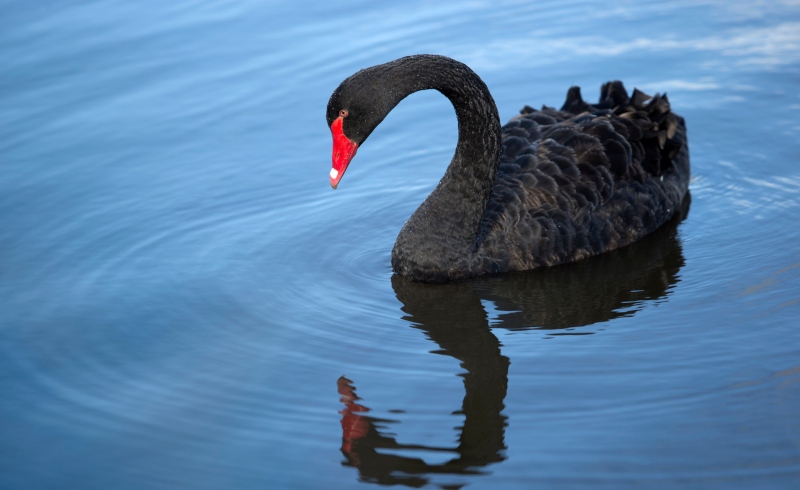 I have finally read Nassim Nicholas Taleb’s “The Black Swan”. It is a thought-provoking book, which is a sincere compliment. Its premise is that we have built a political economic system – neoliberalism, on assumptions of stability (Mediocristan) when the world is actually much more volatile and unpredictable (Extremistan), so our political, economic and financial systems are largely blind to and therefore suckers to extreme events (black swans). (Subsequently, there’s been lots of debate on what counts as a Black Swan, and broadly Nassim’s thinking applies best to a narrower set of extreme events that weren’t predicted, rather than just unlikely things. For example, Nassim has since said pandemics are white swans because they were widely predicted – Note – ‘widely predicted; I come back to this important point later). He traces this political economic blindness to our predilection to Gaussian analysis (bell curve and standard deviations), our poor story telling and a few other manifestations of lazy thinking.

Nassim’s book largely comes across as a rage against the machine, with some interesting and valuable insights but lots of calling people out for their thickness, including pretty much all economists, statisticians, financiers and the Nobel prize judges. However, it does not offer that much on what else to do, except embrace unpredictability, reject the Gaussian Bell curve, and consider the important of fractals, which are not well explained, (so I shall need to read up on these).

He draws an interesting analogy about a library; it is not the read books we should worry about, it is the unread books – making the Rumsfeldian point about unknown-unknowns. And it is from here that I deepen my critique of his book, I empathise deeply both with his conclusions, but also to those whose attempts at forecasting leaves them open to his criticism. Finally, I conclude with some practical thoughts on what should be done to develop better forecasting and governance methods, and if he ever reads this, a few thoughts Nassim could consider, despite the risk of his very considerable ire.

“He draws an interesting analogy about a library; it is not the read books we should worry about, it is the unread books”

My first observation on his valuable thinking, is that I have clearly spent far longer in the unread book section than he has. After two decades trying to understand planetary science, ecological degradation and its consequences to society, the fact we live in Estremistan is so obvious, that the most valuable insight is that unfortunately, this is not understood by those minds formed within the machine and who attempt to govern it. And this is the important point. Who decides what is inside or outside the library read zone – i.e. what constitutes widely predicted – or more accurately widely accepted? For example, scientific consensus on climate change was largely achieved around 2007, yet it still struggles, even now to be in read zone. (Luckily, we have a Swedish teenager who told us to wake up and smell the roasting polar bears).

Nassim makes points about the futility of prediction given we live in Extremistan with its unknowns, I refute this. I do not need quantum accuracy to predict, I need only broad system behaviours, tolerances, feedbacks, dependencies and interactions, and the main trends, and I (or any half decent system engineer) can predict with 100% confidence, extremes will become more extreme and more frequent, and systems designed for stability, efficiency and probably based on Gaussian analysis will fail bigger and bigger until they collapse. The fact that there was enough information to come to the system collapse conclusion 20 years ago but only a few people did, and we’ve spent most of our lives in the unread Zone or actually the ostracized yurt of Eco-Loonesville again drives to his point of system blindness. But it also makes the counter point about how important it is to improve both prediction and its societal adoption and use. When the consequences are so high, surely we must do better to predict them in order to avoid them? And the key on how to do that is widen your lens and deepen your system knowledge, then less things will appear random, more ‘black swan events’ become predictable consequences of the system.

It is here I step back and offer a personal conclusion about the purpose and meaning of life that has emerged in my head whilst studying the evolution of life, in order to preserve it.

Life emerged in our very volatile world that was full of noxious gases and extreme temperatures. These conditions may well have been catalysts for the chemical processes of mutation from chemicals to molecules, molecules to cells, but these conditions were not conducive for complex life to exist. However, life did emerge, and adapted, mutated, diversified, split, evolved – catalysed by sunlight, feed by mineral erosion and accelerated by competition, so that life and non-life, became a set of ubiquitous chemical processes: nitrogen cycles, phosphorus cycles, carbon cycles, water cycles, transforming volatile chemical reactions into planetary process in service to life’s diversification and increasing sophistication. So, evolving life is a stabilising process and its multiplication and diversification is a planetary force, creating ever more stable and life conducive conditions to the extent that air and soils form, weather is tamed, storms stilled and life as sophisticated as homo sapiens can emerge and flourish. In short, it is the innate property of life to create the conditions for higher forms of life.

So, life creates stability and complex life depends on it. Roll forward these truths to human society. Complex human society (big populations with long life and comfort expectations) need stability – at least in the basics – food, housing, energy, water, peace. And returning to Nassim’s book – I think this is why Gaussian bell curve resonates and is used so much; not because it accurately describes reality, but because we want it to, we need it to. And this also answers why we give so much power to economists, corporations, and financiers, because complex societies need them for models, forecasts and plans, to spur investments, creations, industries, and jobs.

But very unfortunately the great moderation is drawing to an end; bell curves and economic forecasts become less and less accurate, as our destruction of life, and our increase in pollutions unravels 3.7 billion years of hard-won evolution. Volatility is back, Extremistan is becoming Even-More-Extremistan and this change is correlated directly with ecological decline, (specifically the unpicking of the biodiversity web and the resulting degradation and overload of the planetary bio-physical processes.) And it is with that knowledge that we, who read the unread books of planetary science, can predict food failures, country debt defaults, failed states, wars, famine, pandemics, disease, mass migration, and mass extinctions, including in human populations, and this future, to those people, blind inside the machine, remain a relentless, flock after flock, of ‘unpredictable’ black swans.

So Nassim, if you start with a planetary perspective not a world view formed inside a financial market, what seems a random, unpredictable black swan might well become predictable with a satisfactory degree of confidence for forecasting and decision making. And that goes for economists, financiers and politicians too. And what to do about it? Decisionmakers; widen your lens, learn about systems, improve system prediction, and design for resilience now, urgently, particularly in food, energy, water, housing, finance and peace and, whilst you are doing all of that, also do everything you can to revert the destabilising degradation of nature.

This post was previously published on greeneconomycoalition.org with a creative commons license.