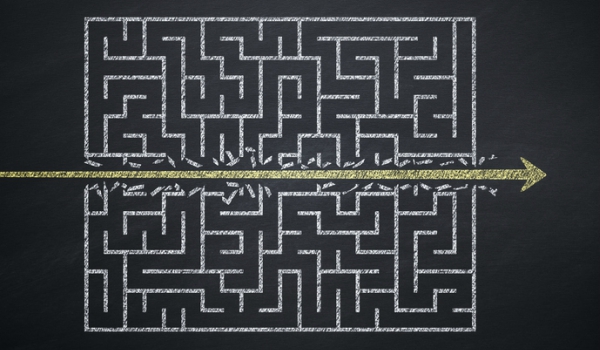 The Little Book of Stoicism: Timeless Wisdom to Gain Resilience, Confidence, and Calmness (2019) by Jonas Salzgeber is a new publication about applying Stoic philosophy to modern life. The author blogs at the NJ Lifehacks personal development websites, along with his brother Nils Salzgeber.

The Little Book of Stoicism is divided into two parts. The first, What is Stoicism, introduces the reader to the “theory” of Stoic philosophy and psychology. The second part contains 55 Stoic practices for self-improvement.

Part 1 includes chapters on the promise (or goal) of Stoicism, the history of the philosophy, and what Salzgeber calls the “Stoic Happiness Triangle” — his own conceptualization of the key ingredients required for a Stoic attitude and way of life — and it concludes with a chapter on the problem of negative emotions (passions).

Part 2 consists of a series of 55 short chapters, each describing a different Stoic practice. These are divided into three groups. The first deals with more general strategies for resilience-building, such as Stoic acquiescence and the “reserve clause”, contemplating your own mortality, etc. This is followed by techniques applied to challenging situations, such as coping with grief, counting your blessings, and taking the view from above. Finally, we’re introduced to techniques for coping with interpersonal challenges, such as remembering your own flaws, dealing with insults, and putting yourself in the other person’s shoes.

There’s a lot to digest here but that’s okay. The reader can pick the techniques they find most appealing and begin putting them into practice one step at a time. Small changes often have big consequences anyway.

As the Roman Emperor, Marcus certainly had more power than we have, and his actions had a bigger impact than yours and mine. Yet, even the most powerful man on earth at that time reminded himself to “be satisfied with even the smallest step forward and regard the outcome as a small thing.”

I thought this was a very readable and engaging book. It also contains several nice illustrations drawn by Salzgeber himself, which make it even more pleasurable to read. Written in a very accessible, down-to-earth style, the author obviously had the goal of engaging ordinary readers who might not be particularly interested in the more arcane aspects of ancient Greek philosophy.

It does a great job of providing us with an enormous range of techniques derived from the Stoic literature. Now, I’ve reviewed many books on this subject. However, I’m often very surprised to find that authors who trumpet their commitment to Stoicism as a “practical” self-help approach actually neglect to describe the key exercises familiar to modern practitioners of Stoicism. Salzgeber’s book, by contrast, provides an extensive overview of these practices, divided into no fewer than 55 separate descriptions.

Moreover, despite it’s popular / self-help approach it also gives the reader an accurate introduction to the philosophy of Stoicism, dispelling several common misconceptions about it along the way. That’s something that other books on the subject don’t always do very well either. Nevertheless, this isn’t an academic book on Stoic philosophy, it’s intended to help people actually benefit from the approach in their daily lives.

My ultimate aim of this direct and straightforward approach to Stoicism is to help you live a better life. I believe we can all become a little wiser and happier by practicing this wonderful philosophy.

So I’m sure I’ll be recommending this as a practical introduction to Stoicism for newcomers to the subject. There’s no shortage of techniques here for people to try in their daily lives so reading this book alone would, I think, be enough for most people to get started exploring Stoicism as a way of life.