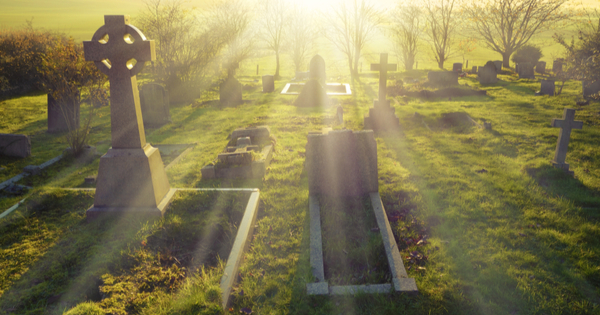 It’s a question without an answer, yet it’s the most important question any human has asked or will ever ask: What is the meaning of life?

Largely, our perennial engagement with this question is the meaning of life. Think about it. The greatest artwork, the truest literature, and the most enduring philosophies all contain — at core — an acknowledgment that striving to discover what makes life worth living despite suffering and pain and ennui ultimately frees us to embrace existence.

This makes sense. In order to conquer our fears, we must first dive into them. It is only by conquering our fear of death — by grappling with it, coming to terms with it, and not only accepting it but embracing it — that we can stop existing and begin living.

The very fact of death made me doubt the utility of all I did, especially material or external accomplishments, especially and even when others held those things out as possessing the utmost importance. Either things were permanent, I thought, or they lacked any purport at all.

My logic proved unremarkable: What is the meaning — the point — of any of this hub-bub if, at the end, I’ll die? Assuming there is no afterlife, that after dying I’ll return to that duplicate state (or non-state) of consciousness I possessed before birth — nothingness — what difference does it make whether I plod on to eighty or expire this instant? What gives if I live a life of public utility or private quietude? Either way, it will presently be as if none of this ever transpired. The curtains will descend over my consciousness — a brief and anomalous crack of light flitting amidst two eternities of darkness. The only realness is nothingness, the only truth our finitude, mortality, and cosmic insignificance against an incomprehensibly vast universe…. What is even four billion years of human existence aside the vast echoes of time assaulting every corner?

The only possible answer: Nothing. Because my mind will be extinguished upon my brain’s death, to my consciousness there can be no ultimate meaning, only transient meaning: To live is to write a novel that, once finished, is instantly forgotten.

In This Life: Secular Faith & Spiritual Freedom, Martin Hägglund argues that, contrary to engendering nihilistic despair, death enlivens. Death does not render life meaningless, but precisely the opposite.

Sure, perhaps my youthful self was right that death’s inevitability makes living similar to writing a novel that dissipates upon completion. But immortality would be even more absurd. It would mean writing a novel that never ends — and that therefore has no plot, no purpose, no tension, no fierce urgency of now. Put another way, a meaningful life no less than a meaningful novel requires an ending.

Immortality does not preserve meaning; it denies it. Death does not extinguish meaning; it is fundamental to it.

Thus, for life to have any coherent meaning, death is not only necessary but desirable. For it is only in our faith that life remains meaningful not in spite of death but because of it —what Hägglund terms “secular faith” — that we can attain spiritual freedom.

The ever-present threat of death renders this evanescent existence even more precious.

As already noted, around the ripe old age of 23, my mind circled endlessly around whether life can have any coherent purpose if, at the end, it will be as if none of this happened. To echo Nabakov, our life give us a window of consciousness that flits between two incomprehensibly vast eternities of darkness. Next to these eternities, could human life possibly possess any meaning?

“Of course,” one protests to this younger Michael, “you glean pleasure now.” A few years ago, however, this protest proved small consolation:

Now I remember and cherish the awkward sweetness of my first kiss; now I remember and cherish the joys of past relationships, the learned lessons of mistakes made and sufferings suffered; now I continue to live on and to trudge, albeit imperfectly and with great uncertainty, through this confused existence. But it does not matter. Not ultimately. Because after death, I will no longer remember any of these experiences, as life — the enabler of experience — will have dissipated — forever, irrevocably, permanently. Because my consciousness is, in George Eliot’s words, but a “globule of dew on a rose-leaf that at midday there will be no trace of.”

The question of what death means for any life haunted me all the more because it seemed that most of my friends either (1) simply didn’t care about the question or (2) had since childhood accepted the answer through religious beliefs that were often but not always obtained not through thought but instead through happenstance of birth and place.

Although my existential obsession perplexed (and annoyed) friends, their apathy confused me even more. Think about it for a moment: If I asked you to meet me at an intersection — let’s say 57th Street and Lexington Avenue — the very first question you’d ask is “Why?” Life asks us to trundle on until 80 or so, yet even though we usually demand a “why” before acting in other realms of life, we rarely hold our entire existence up to the same scrutiny.

Put differently, immediately upon birth we find ourselves thrust into a world we know precious little about; yet few of us demand the same answer from life that we demand before engaging in even the most trivial pursuit:

Hägglund’s genius is that he argues that my youthful existential obsession and existential apathy are unhealthy. Spiritual wholeness instead resides in a healthy acceptance of the fact that we will die. It is only after accepting this inevitability that life becomes meaningful. It is only after acknowledging that life’s greatest certainty — death — is itself shrouded in uncertainty that we can move past and accept the paradox of death as a necessary condition of life.

Make no doubt about it. As a philosopher, Hägglund has written a book that respects your intelligence. As such, readers will need to read slowly and carefully, especially if they lack a background (formal or informal) in philosophy.

In addition, politically conservative readers should go in knowing that in the second half of his argument — that concerning spiritual freedom — Hägglund will challenge your beliefs about what makes life truly free by arguing (through Marxist theory) that spiritual freedom is best realized through democratic socialism, for though capitalism offers political freedom at the expense of economic serfdom, such serfdom is unconscionable after one recognizes the shortness of any life.

Indeed, This Life forces readers to wrestle with just how free we really are under American capitalism. Is one free if the vast majority of his or her time is spent doing tasks he would rather not be doing? Acknowledging the reality of death means acknowledging just how valuable our time on earth is, which in turn means questioning any system of structuring society, including our own, which makes so many demands on our time that our time — and therefore life — is not really ours, but our employer’s.

It has been said that philosophy is the study of how to die. Hägglund’s work continues this tradition. In order to learn to live, we must first learn to die. It is only in accepting our transience that we can embrace it, only by recognizing that our spiritual freedom lies on the other side of our fear of death that we can truly engage with reality as it is here, now, on this planet — in this concrete life instead of an abstract afterlife.

In the end, Hägglund’s most important contribution may be his insight that acknowledging death instead of denying it changes how we think about the value of our time, which in turn has normative implications not only for our individual lives but, more importantly, for our collective (political) lives.

Give Hägglund a read. It is time well spent in a life as short as ours.

FacebookTweet1Pin3EmailShares4
wpDiscuz
0
0
Would love your thoughts, please comment.x
()
x
| Reply
Share this ArticleLike this article? Email it to a friend!
Email sent!