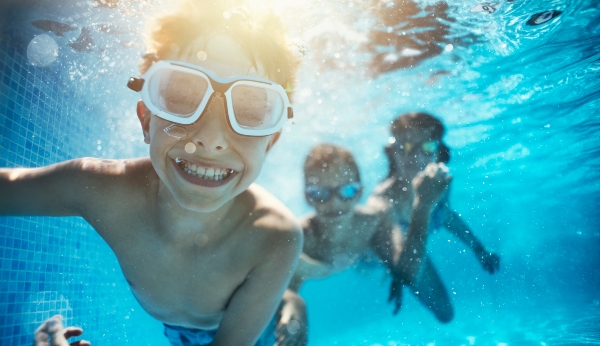 They say that sharing secrets is vital for their mental health, yet they struggle to keep such friendships as pressures to “man up” intensify.

“We love each other. You have this thing that is deep, so deep, it’s within you. You can’t explain it.” Justin, 15, from New York City, is talking about himself and his best friend. “I guess in life, sometimes two people can really, really understand each other and really have trust, respect, and love for each other. It just happens. It’s human nature,” says Justin about friendship. Justin’s mother is Puerto Rican and his father is Irish and Italian American.

Justin is one of hundreds of Black, Latino, Asian American, and White boys interviewed by my research team and me over more than two decades as we studied social and emotional development from early to late adolescence. Boys, particularly during early and middle adolescence, described the intimate feelings they share with, and have for, their closest male friends and the critical nature of these relationships. Their descriptions of their closest friendships sounded more like something out of Love Story than Lord of the Flies.

Boys, especially during early and middle adolescence, made the explicit link between having close male friendships and their mental health. George, 16, said: “I mean if you [don’t have friends] then you’re just gonna have all these ideas bottled up and you’re just gonna go wacko because you can’t express yourself …”

Kai, at 14, highlighted the mental health risks of losing friendship even more bluntly: “You need a friend or else you would be depressed. You won’t be happy. You would try to kill yourself, ’cause then you will be all alone and no one to talk to.”

“Their descriptions of their closest friendships sounded more like something out of ‘Love Story’ than ‘Lord of the Flies.’”

Why did the boys value their male friendships and see them as essential components of their health? Not because their friends were worthy opponents in the competition for manhood but because they could share their thoughts and feelings—their deepest secrets.

Similarly, Michael said at 18: “Like, my friendship with my best friend is fading, but I’m saying it’s still there but … So I meant it’s still there ’cause we still do stuff together, but only once in a while. It’s sad, ’cause he lives only one block away from me … It’s like a DJ used his cross fader and started fading it slowly and slowly and now I’m, like, halfway through the cross fade.”

Victor, asked at 17 how his friendship with his best friend had changed, said: “We used to be, like, close, as far as always being around each other. Now it’s just like we’re apart … we’re not as close as we were before.”

Rather than simply a period of “progress,” as researchers call it, adolescence for these boys is also a time of profound loss. Victor explained why the loss of his close male friends is so difficult for him: “Whether they’re good or bad times, you can share with [your friends]. You can share your feelings with them, your true feelings . . . that’s why I don’t think I have any real close friends. I mean, things can travel around in a school, and things would go around, and the story would change from person to person. Yeah, basically I hate it, I hate it, ’cause, you know, I wouldn’t mind talking to somebody my age that I can relate to ’em on a different basis.”

As boys struggled to find or maintain close male friendships, they also began to use the phrase “no homo” in response to questions about such friendships. They made the explicit link between the demands of masculinity that make friendships into a “gay and girly” thing and their struggle to find the friendships that they want.

Take, for example, a boy who only just a few years earlier told us about his intimate male friendships that he “couldn’t live without.” Asked about his friendships during late adolescence, he replied that, although he didn’t have a problem with gay people, he himself wasn’t gay. Another boy, 16, when asked about friendships, said that it “might be nice to be a girl because then you wouldn’t have to be emotionless.”

The boys in my studies suggest, in other words, that American masculinity equates emotionally intimate male friendships—and even having emotions—with a gender (“girly”) and a sexuality (“gay”). This in turn appears to cause a crisis of connection among boys. Seeing male friendships in this way is distinctly American: most cultures around the world don’t do so. Indeed, in the past, people in the United States didn’t either. Social historians have long described the emotional and intimate nature of adult men’s friendships in 19th and early 20th century America.

The boys in our studies began to distance themselves from the very relationships that they held dear—their closest male friendships—as their bodies became almost full-grown and their minds increasingly attuned to cultural messages about manhood. Rather than focusing on who they were, they became obsessed with who they were not—not girls or, in the case of heterosexual boys, gay. So the boys matured into autonomous, emotionally stoic, and isolated men.

The gradual disconnection of boys between the ages of 16 to 19 is not only seen in academic studies. The coming of age film “Stand by Me” has Richard Dreyfuss narrating a similar story of boys losing male relationships as they grow older. Late adolescence is also a period in which suicides among US boys increase dramatically to four times the rate for girls. Just as the boys during early and middle adolescence predicted, not having close friendships makes them go “wacko.”

A new story of boys, friendships, and human nature

My research over more than two decades reveals how we have told ourselves a false story about boys, friendships, and human nature. Rather than being a “girly or gay thing,” intimate same-sex friendships are a human desire and need. Emotions are a human capacity. Some may say we knew that already. However, this research, alongside my most recent work with middle school boys (Way & Nelson, in press), suggests that our modern American culture still perpetuates rigid stereotypes that intimate friendships and vulnerable emotions are a girly and gay thing.

“These boys show how our culture—especially our notions of masculinity—gets in the way of our nature and makes it difficult to find what we want and need.”

The findings are supported by a paradigm shift in the sciences that rejects the story of humans as simply competitive, greedy, and selfish. Instead, various disciplines are increasingly recognizing humans as deeply relational beings who need each other to thrive and who have intersecting cognitive, social and emotional capacities and needs. This shift reflects an idea that Darwin asserted over a century ago: that our “social instincts” are at the root of our survival as a species.

Science is also revealing that friendships and social connectedness are critical for our health and wellbeing. Social isolation, for example, is as great a risk factor for death as smoking 15 cigarettes a day (Holt- Lunstad, 2015). It’s also linked with a greater risk for colds, flus, and heart disease. My own research and other studies reveal that friendships and close relationships are not simply “feel good” issues: they’re also matters of life or death.

Schools across the US, such as George Jackson Academy in New York City, are already rethinking their educational goals to better align with these findings. They recognize that teachers and students perform better when they are connected to one another. They are also happier and healthier individuals. Pediatricians are beginning to ask adolescent patients about their friendships, recognizing the importance of these relationships for health and wellbeing.

The boys in my studies and in the larger body of science show how our culture—especially our notions of masculinity—gets in the way of our nature and makes it difficult to find what we want and need. The solution lies in creating and promoting, at the individual and institutional levels, opportunities for connectedness and belongingness for boys, girls, men, and women so that that we won’t go “wacko” and will live longer and happier lives.

Facebook1TweetPinEmail1Shares2
wpDiscuz
0
0
Would love your thoughts, please comment.x
()
x
| Reply
Share this ArticleLike this article? Email it to a friend!
Email sent!