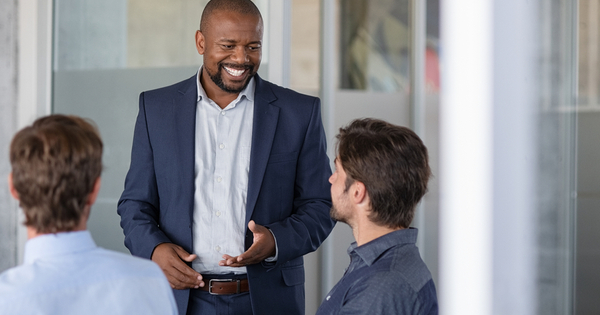 Businesses are all bricks, mortar, data analytics, and R&D departments. Brands are made up of people, energy, spirit, resilience, and trust. And, Shaan Rais, the man behind Branded Like a Leader should know. With one MA in Industrial and Organizational Psychology with a specialization in Evidence-Based Coaching and another in Organizational Development and Change, Shaan understands—better than most—how to use strategy and psychology to develop your brand story.

But Shaan hasn’t always been the high-powered speaker and executive coach you see today. Shaan has his own story, of course. Born in New York on the Lower East Side, he struggled as a teenager with being the “man of the house” after his father died of AIDS.

Instinctively, Shaan knew that if he wanted to end the cycle of poverty, escape social injustice, and design a life he could be proud of, he needed to find strong black male role models. Unfortunately, the only strong black male leaders he saw in Harlem were drug dealers and gang leaders. To achieve his dreams, Shaan needed to look outside of the neighborhood where he was raised.

“When your whole world is a storm, all you learn how to do is live through that storm. As a result, you are plagued with limiting beliefs and a lack of opportunities. These limiting beliefs are what keep people trapped in lives of quiet desperation,” says Shaan.

Through hard work and focus, Shaan was fortunate enough to find his way to strong leaders who supported him in his quest to lift himself out of the storm. Now he’s on a mission to pay it forward.

After completing college and earning two Master’s degrees, Shaan published his first book, The 7 Prerequisites to Success: Pathways to Paramount Performance, just before his mother passed away. His mentor and coach, Dr. Eric Thomas (AKA E.T. the Hip Hop Preacher), wrote the foreword for the book, which he received while sitting in the Emergency Room with his mother.

Says Shaan, “holding that email with the foreword from Eric was all the proof I needed that I had done it. I had really found my way out. From that moment forward, it wasn’t about the money for me. It was about the mission to make a difference and pay it forward.”

And he has. Shaan teaches all of the students in his coaching programs that they can transcend any shortcomings they see, or less than optimal circumstances they are facing. He encourages them to be relentless in refusing to settle for mediocrity and in refusing to accept that their start is their finish.

Shaan says the foundation of everything he does is MVPs: Morals, Values, and Principles. “When you learn to embrace your story, overcome your struggles, and make it right, that’s what makes you qualified to support someone else through their own transformation.”

Like all motivational speakers, Shaan faced another challenge during the pandemic—how to build and reach his audience without being able to do live events. But instead of panicking and giving up, Shaan started his video series “Coronavirus Values” where he coaches leaders about how to pivot to an online platform.

Shaan has been practically living on Facebook and YouTube, but this time his hard work has paid off more quickly. His brand new business online course, #brandedlikealeader has earned over $450K in less than 90 days—all organically without paid ads.

“It just goes to show if you live by the mindset: impact over income and purpose over profit, anything is possible,” says Shaan.

Like Shaan, you have a unique story inside of you. It’s a story of overcoming, of winning, of turning the tables on adversity. All you have to do is figure out how your truth differentiates you from your competitors.

There’s just one question: are you ready to make your move?