Black Writers Amplified is a project to immediately take steps toward significantly increased representation of Black writers in musical theatre and hold the American Theatre accountable through the creation of a resource for artistic directors, producers and other theatre creators to find and support new voices and emerging Black talent.

The album will feature approximately two dozen tracks from established and emerging Black musical theatre writers. Each participating writer will contribute a never-before recorded composition from a musical theatre piece to be included on the album.

Songs will be selected by a panel of experienced industry professionals. In addition to elevating the voices of black writers, the production of the album will also create opportunities for Black engineers, arrangers, orchestrators, musical directors, copyists, musical contractors and musicians, thus creating a platform for the entire Black theatrical music ecosystem.

Established and emerging Black musical theatre writers are encouraged to submit their new work for consideration. For more information and to upload materials, please go to www.BlackTheatreCoalition.org/black-writers-amplified . The deadline for submissions has now been extended to Monday May 17, 2021.

Frequently asked questions (FAQ) for submitting writers may be found at www.BroadwayRecords.com/black-writers-amplified-faq

Scheduled to be released in 2021, the Black Writers Amplified album will be made available to producers and artistic directors nation-wide. A portion of the proceeds from the album will be donated to Black Theatre Coalition to support their work in increasing representation of Black theatre professionals throughout the entire industry.

Black Writers Amplified is produced by Broadway Records and Black Theatre Coalition in association with Jacquelyn Bell and Jarrett Murray.

Black Theatre Coalition was founded by T. Oliver Reid and Warren Adams during the Summer of 2019. They identified the disparity between the growing inclusivity onstage, versus the almost non-existence of Black professionals off stage. They invited their colleague, Reggie Van Lee, (Chief Transformation Officer of the Carlyle Group) to join them as Co-Founder and Chairman of The Board. BTC Board members include Aaliytha Stevens and Naila McKenzie.  Tamica Clanton is Digital Marketing Strategist.

BTC’s mission is to remove the “illusion of inclusion” in the American Theatre, by building a sustainable ethical roadmap that will increase employment opportunities for Black theatre professionals. Their vision is to reshape the working ecosystem for those who have been marginalized by systemically racist and biased ideology.

Black Theatre Coalition officially filed as a nonprofit 501(c)(3) in June of 2020. www.BlackTheatreCoalition.org

Black Writers Amplified will be released in 2021 and act as a resource for artistic directors, producers and other theatre creators to find and support new voices and emerging Black talent.

Broadway Records philanthropic endeavors also include the “Broadway For Orlando: What The World Needs Now is Love”, “We Are The World” by Broadway United and “Broadway Kids Against Bullying: I Have a Voice” music videos and From Broadway With Love benefit concerts for Sandy Hook, Orlando (Emmy Award for Sound) and Parkland. www.BroadwayRecords.com

GET SOCIAL WITH BROADWAY RECORDS: 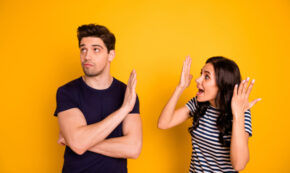 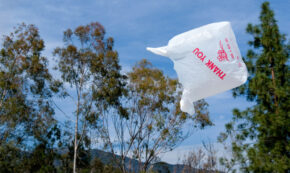