As a BetterHelp affiliate, we may receive compensation from BetterHelp if you purchase products or services through the links provided.

It can be the person in the club hyping everyone up and appearing to be having the time of their life. It can be the lone wolf who makes it his mission to look out for the ones closest to them. The truth is, we’re used to creating faux perceptions to minimize worry.

However, that’s the most dangerous thing about depression. It isn’t something that’s constant or routine at every stage in life, but it comes in waves. It can be triggered, fallen into or even pushed upon us. It comes in all shapes and forms. Such as, lack of eating, sleeping, social contact, or even speaking. You will never be able to assess exactly what’s going on in someone’s headspace, especially if it indelibly forces them to isolate themselves for any peace. Or what they convinced themselves was peaceful.

“The Silent Killer”, a common name for depression. The reason is the fact that those with depression, or at least my type, won’t go seeking help because we rather suffer in silence than feel as a burden. We are usually the ones who extend a helping hand to those who need it or those who are going through similar battles because subconsciously the advice we give are the things that were too stubborn to listen to and implement ourselves.

We don’t take advice or really sit down and talk to anyone because what’s the point? What exactly can they say that my mind hasn’t already deciphered into pros and cons. How can they help me think clearly when I can’t even help myself.

Do you know how it feels to be afraid of going to bed only to be consistently attacked by the plague that lives in your mind? The fact that it’s more comforting to find ways to occupy your mind than deal with the battle at bay is inherently infuriating. Imagine being petrified of what your mind can conjure up when you’re simply trying to end the night. Countless hours gone because you’re exhausted of fighting to retain your sanity to maintain a façade others seek to admire.

Even sleeping alone is a battle of its own caliber because now you’re alone against your own mind with no one in your corner holding the towel. Just think about the moment you’re trying to put yourself at ease after a demanding day, then all you have flooding your brain is everything you’ve ever done wrong, the notion that you aren’t good enough or that you’ll never amount to anything of value. That all your hard work, blood, sweat, and tears are for nothing and you’re a failure so what’s the point of trying anymore. You’re nothing…

Could you imagine telling yourself that you don’t deserve to eat or even worse, the thought just escapes your mind for days till your body literally must speak up because it cannot go on without fuel? Then at a point, food just doesn’t seem appetizing anymore and yet you’re known for your love of culinary and innovations of flavors themselves. Eventually without even realizing it, you’re starving yourself because in your mind you aren’t worthy of a meal. Once the hunger pains are prevalent and the wave of weakness forces you to eat, only then you can actually listen because now you have no other choice. Depression is so powerful the smell of your favorite food could linger through the air, and you’d lack an appetite on an empty stomach.

Those with chronic depression can go from being the life of the party to being silent on the car ride home. To others it may just seem like they’re zoned out but, they’re in a battle with their thoughts and they’ve run out of energy to suppress it, and when, well… if, you ask them, “Is everything okay?”, they’ll probably use the iconic line. “I’m tired”. That simple phrase has hundreds of meanings and realistically no one knows exactly which one you really mean. Many assume that you’re physically tired and you just need rest. Even though that may be true, it’s the mental exhaustion of having to put a face on to hide the pain that really takes a toll at the end of the night. That’s not exactly what you meant. You’re tired of having to convince your own mind that everything is okay and that you deserve to be alive. Questioning why it seems impossible to genuinely be happy. You’re tired of having to be okay all the time because society will just tell you to suck it up or stop acting like a bitch. You’re tired of everyone saying the same shit such as, “Oh, it’s gonna be okay.”, “Man up”, “Well it can’t be that bad”, or my favorite “It’ll all work out eventually”…

With no way out or even a clue of how to defeat the beast within my mind. How do I go on? What’s next? Will I ever be okay? Now I see why everyone leaves. If I can’t figure my shit out why would anyone else want to try? What’s the point of talking out the problems I cause myself because I’m fucked up? Who really gives a shit and why?

Save 15% on Affordable, private therapy with BetterHelp anytime, anywhere.

I am a 24-year-old Caribbean American writer who attempts to give others a glimpse of what it's like inside of the mind of someone suffering from within. For those who feel alone in crowded rooms and only at peace in what seems to be seconds of sleep. 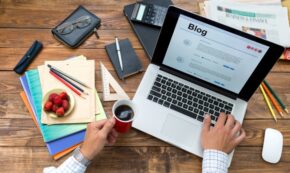