I’m gonna be real and raw with you in this article. If you’re going through divorce this will help you, BUT ONLY if you choose to take action.

Two years ago, I wanted to jump off the balcony of my ninth story apartment. It was my son’s third birthday and I hadn’t been invited to the party. His mom, my third wife (long story) and I were getting divorced and things were definitely not “cool” at the time. She had a bulldog lawyer on my ass. Between her lawyer on me, paying my lawyer to fight him and trying to run a cash-lean start-up company, life was killing me.
–
In a moment uncharacteristic of my spirit, I thought I’d just end it. For the first time in my entire life, which has been a wild ride…hence, three wives, I wanted to end it all. I walked outside, stood on the rail and realized I was really, really scared of heights. There was no way I was gonna do anything.
–
I thought to myself you’re such a coward you won’t even jump  and I had a moment of self-realization: I was too afraid to jump. It made me realize I was living afraid and wasn’t showing up in several areas of my life. I was being a weak-ass dad, a shitty ex-husband and a struggling businessman. All because I wasn’t showing up.
–
I didn’t know how I had gotten to that spot in my life. I’ve always been the tough-guy type. I’ve seen some shit in my day. Fights, gun battles, prison…the list goes on. How had I gone from being the overcomer to becoming this weak-ass father who was letting down his son?
–
I wasn’t going to make the same mistakes my dad had made when he bailed on me. I needed to be the father my son deserved. This also included treating his mom, my soon to be ex-wife, better than I had treated her during our marriage. I made a decision that day: “I was back.”
–
Every day, I put in the work. I didn’t always like it, but I did it. I’d pick up and drop off my son when it was my turn. I made sure my child support was paid ahead of schedule. I went above and beyond to purchase stuff needed for our son without bickering or asking for money for it. I literally worked my ass off to get rid of any objection she could throw my way.
–
It didn’t happen overnight, but it started happening. There came a tipping point. A point where she knew. My ex knew I was going to be all I could be and so all she could do was go along with it. She could no longer say “no” when I asked for extra time with my son. She could never say I was a bad father in court. I proved to her I’m the best damn ex-husband on the planet.
–
It’s been two years since our divorce. I have a new fiance (wife #4!) a soon-to-be stepson and a relationship with my son, who I see almost every day. My ex-wife and I speak on a regular basis and get along better than we ever did as a couple. Just last week, we had my son’s fifth birthday. All together, all families, all getting along, all in one place.
–
I didn’t want my son to feel like there was a division in his family. I want him to feel like we are all one big family. Not two separate families who don’t see eye-to-eye. I want him growing up having the best blended family on the planet. My fiance is 100 percent on board, too. She and my ex get along just fine. They coordinate family events like soccer games and parties with ease.
–
I shared this post on Facebook a few days ago, and afterward, received several messages from people who are in the same position I was in. They wanted to end it all. The stress was getting to be too much. In more than one of those messages, the person shared that reading this post saved their life. They were ready to end it, but this gave them one last hope. My goal is to do the same for you—if you are considering suicide.
–
It’s painful to lay out the facts, but I also know we can help each other through our stories. When you get divorced it’s hard. It’s a lifestyle change and it’s gonna cost money you probably don’t have or want to spend. It’s gonna be stressful. It’s gonna suck. You’re going to get angry. But, if you’re going through hell don’t stop, keep going. It WILL get better.
__

Bless you. You became so much more approachable to me with this post. I have struggled with that issue.

I’ve just learned, here at GMP, that the suicide rate for men in the world is one every minute of every day. That number is both staggering, and completely unacceptable. For anyone contemplating that, this may very well help. Many of us have faced hard times, seen our world (for whatever reason) crumbling, but I can assure anyone that believes differently, that life turns on a dime. What was today, will not be tomorrow, and never is. Put one foot infront of the other, do something every day, just keep moving forward, it will change and one day you will… Read more »

This was a loving comment DJ,that brought tears in my eyes.
You are so right

Thank you. Hope it helps.

Anyone who has been married 3 times is clearly psychologically disturbed.

Untrue, but very sensitive of you to say.

Marriage is outdated. Period. Any institution that has a 50% divorce rate ( in some segments of the population higher) needs to seriously be examined and reevaluated.

Sadly, you’re right when it comes to todays view of marriage being obsolete. That being said, the “divorce rate” of 50% doesn’t represent the rate accurately. What’s built into those numbers are 2+ marriages. The divorce rate for 1st marriages are lower.

Sad to have to say this but the fact is that some people fail to realize that marriage is not for everybody! There is nothing wrong with just living together, dating or just being single! Unfortunately, there are too many people in our society who look at marriage as being essential . It is not. 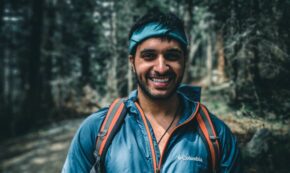 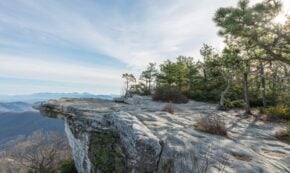 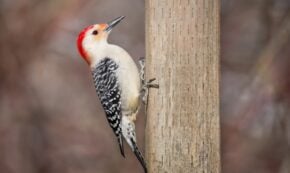 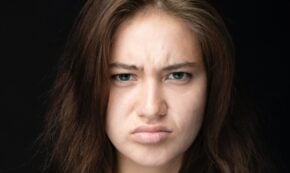 FacebookTweetPinEmailShares929
We use cookies on our website to give you the most relevant experience by remembering your preferences and repeat visits. By clicking “Accept”, you consent to the use of ALL the cookies.
Do not sell my personal information.
Cookie SettingsAccept
Manage consent