Get Daily Email
Join/Login CLOSE
Home / Featured Content / Can News Coverage of Cyber Issues Get Past Hacks and Attacks? 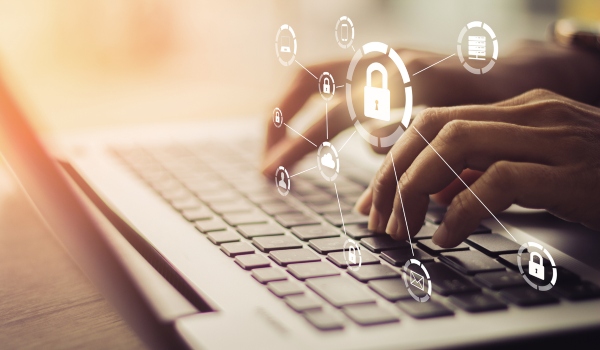 —
News coverage of cyber issues has increased in recent years, but many stories focus on the latest breach rather than delving into policy, according to a new study by George Washington University’s Institute for Public Diplomacy and Global Communication. The study, commissioned by the Hewlett Foundation, analyzed news coverage from 2014 to 2017 in major news media outlets. In this interview, the study’s author – Sean Aday, associate professor of media and public and international affairs – discusses the report’s key findings and their implications.

What would you say are the key takeaways from the research you conducted?

A couple of things stand out in the data. First, perhaps unsurprisingly, cyber-related stories have become more and more common in the news. With all the attention currently paid to the possible intersection of Russian meddling, Facebook, and the 2016 presidential election, it’s easy to forget that as recently as 2014, when our analysis begins, cyber wasn’t a major issue in the news – despite occasional flare ups around Wikileaks, Edward Snowden, and various hacking stories. But in the same way that cyber is more visible in our everyday lives, it is becoming more prevalent in the news.

The second and maybe most important finding is that despite this increased attention to cyber-related issues, policy stories were relatively rare over most of the period we studied. The most common kind of cyber story reported on some thing that happened, such as a hack. More substantive reporting on what government and technology companies are doing or could do regarding cyber issues didn’t show up nearly as often, though certainly there were exceptions to the general trend. In this way, coverage of cyber resembles coverage of other topics in the news such as politics, which tends to be more episodic and event-driven rather than substantive and policy-oriented.

How did you see media coverage of cyber issues evolve over the period you studied?

The most obvious trend we saw was an increase in coverage of cyber issues over time. But other things stood out, too. For instance, cyber became a major part of the 2016 election coverage in ways that continue to resonate, especially around the role of social media platforms in spreading news, including actual “fake news.” Also, we saw a marked increase in substantive and policy-oriented coverage in newspaper coverage in the first half of 2017 (but not in broadcast news).

You draw an important distinction in the report between “episodic” and “thematic” framing of the issue in the stories you examined. Could you explain the difference between the two and why it matters?

“Episodic,” or event-driven news refers to stories about what happened. “Thematic,” substantive, policy-oriented stories are more about why it happened and what can or could be done about it. For instance, an episodic story might be about a major hack at a tech firm that imperils customers’ private data. A thematic story might be about what tech firms are doing (or not doing, as the case may be) to protect user data, or what Congress can do to improve cybersecurity. Both kinds of stories have a role in the news. But what we often see across news topics is an overwhelming prevalence of episodic stories, for the understandable reason that news is, as the saying goes, “the first draft of history.” Yet the media is also supposed to make sense of the world, and report on policy priorities and options. Essentially, a lot of news about cyber issues tells people there’s a problem but not what can be or is being done about it.

Importantly, prior research has shown that these different ways of framing news can have a significant impact on how audiences think about issues and problems. When people see a lot of episodic stories, for instance, they are less likely to see a role for government and society in addressing problems, and more likely to put the onus on individuals for both creating and solving problems. This isn’t necessarily an incorrect way of thinking about cyber issues (though it is certainly an incomplete one), but it does point out that an imbalance in how the press frames stories can have profound implications for how cyber issues are viewed by the public, which could impact how policymakers address cyber issues, as well.

That said, it’s important to note that there are certainly examples of excellent, substantive reporting on cyber issues by individual reporters and some news organizations. And if our 2017 data are any indication, substantive coverage may be becoming more of the norm.

How would you compare the state of cyber coverage to other areas you’ve studied? Are there examples of other issues, either contemporary or historic, that you see as being covered similarly to the way cyber is now?

Absolutely. Coverage of cyber reflects trends scholars have found in coverage of other types of issues over the years in many ways. First, studies show that news about science and technology are often under-reported, reported superficially by non-expert journalists, or limited to the business or tech/science pages. This is perhaps why we see better coverage at “elite” news organizations and niche media where there are the resources to assign beat reporters and where those writing about cyber have more expertise in the issues. Second, as mentioned already, news about most issues – politics, crime, terrorism, war – tends to be more episodic than substantive or policy-oriented.

Where do you see cyber coverage headed in the future? For funders like the Hewlett Foundation interested in seeing a more robust and substantive conversation evolve on cyber issues, where would you suggest we focus resources to support that?

It will be interesting to see if the increase in substantive coverage we saw in the first half of 2017 continues. (We are updating the database through the end of 2018.) Impressionistically, it seems as if we are, with stories about Facebook and potential Russian meddling in the 2016 election continuing to stay on the news agenda, and with Congress and tech companies increasingly being forced to take the issues more seriously and to do so in a more public way. The tension between government regulation and the private sector, for instance, will be fascinating to watch and should generate some interesting news coverage. These aren’t easy questions to resolve and, importantly, they don’t necessarily divide along clear partisan lines. This could mean there is more room for cross-party consensus and policy, for example.

For organizations like Hewlett, I think this presents several opportunities. First, as we discuss in the report, one of the things lacking in much of the coverage over the period we studied is expertise, especially in terms of sources. So, creating avenues for expanding reporters’ rolodexes through conferences, workshops, and other ways of leveraging a foundation’s convening power could have a profound impact on coverage. Second, continuing to support niche media and experts in technology and research fields should not only deepen our understanding of cyber issues, but create more avenues for sharing that research and knowledge. Media training, especially in terms of utilizing social media platforms reporters increasingly rely on such as Twitter, will help. Finally, a strength of nonprofit foundations can be their nonpartisan approach to issues. This is especially true with cyber, which as mentioned already, doesn’t necessarily fall into established partisan silos. This creates an opportunity for bringing people together from various walks of life, ideologies, areas of expertise, etc., in a way that can perhaps lead to innovative thinking.

This post was previously published on Hewlett.org and is republished here under a Creative Commons license CC BY-ND 4.0.