Get Daily Email
Join/Login CLOSE
Home / Featured Content / Can We Save the Planet by Rethinking the Economy? 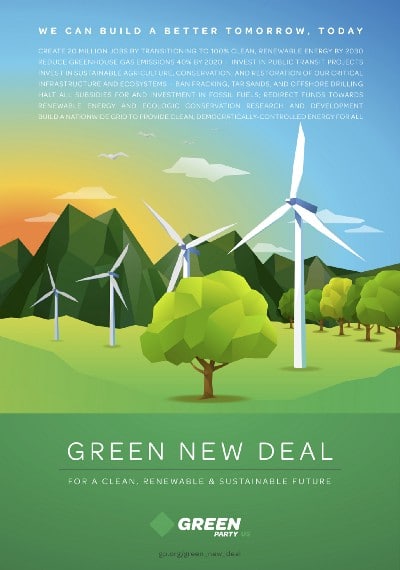 —
An article in Fast Company, “The Green New Deal could change the way America builds-here’s how”, explores the possible impact a government agreement to boost the US economy based on the transition to a sustainable economy could have on the construction industry and whether we are neglecting the possible positive impact this might have, not only on the climate emergency, but also on the economy.

What happens when a government requires new buildings to be equipped with solar panels, as will happen in California from the year 2020? What happens if you require all buildings to install them? How many jobs could be generated as a result? If the demand for solar panels increases significantly, surely entrepreneurs or big companies would consider trying to meet that demand, bearing in mind that these are reasonably standardized processes and not especially labor-intensive? How much value could be created if, in a country with a strong motor sector, manufacturers were told they could no longer make internal combustion engines, speeding up the transition to electric power and the majority of patents necessary for this transition were free? How many opportunities does the move toward a more sustainable economy provide?

Such a transition cannot be left solely to market forces because the incentives to continue destroying the planet will exist for several decades yet. What matters here is that we see the appearance of governments capable of seeing decarbonization as an essential and urgent need, and that they force the creation of an economic fabric, interpreting it as an opportunity for development they might even lead. If a country like Argentina, for example, rather than trying desperately to rebalance its energy balance with hydrocarbons from the Vaca Muerta formation, instead considered creating solar energy parks and wind generation facilities all over the country (link in Spanish), who’s to say that this wouldn’t be economically feasible? So-called resource curse is now not just a domestic issue but a global problem, and we are not doing anything to avoid it. How much more evidence of the economic viability of a low-carbon emission economy is needed before governments start to take real action to bring about change?

Orthodox economic policies have led us to the point where the human species now faces extinction within a few decades. Can we act quickly enough to avoid such a fate? Where are the politicians capable of leading a radical transformation and taking the measures needed? Why this fear of facing the truth: if we wait until 2040 or 2050 to ban fossil fuels, the damage will have been done. If we already have the necessary technology to change how we do things, why are we putting the interests of harmful and obsolete industries first?

This post was previously published on www.medium.com and is republished here under a Creative Commons license CC BY-ND 3.0.
—
Photo credit: Enrique Dans