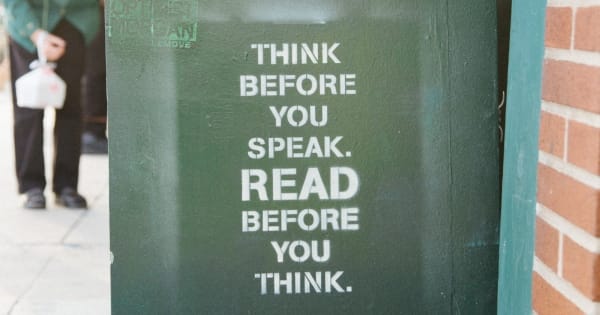 —
By all appearances, Charlie Munger doesn’t seem like an interesting man.

He served in the U.S. Army Air Corps during WWII and was one of the few who managed to be commissioned as an officer without a college degree. He then went to the University of Michigan, followed by Cal Tech, and then to Harvard Law School.

It seems like the typical education profile of most top executives. But the similarities between him and most others stop here.

Munger doesn’t have any radical philosophy or eccentricities that news outlets would talk about. He hasn’t started any company or launched any initiative which promises to change the world. He keeps a rather low profile as executive vice-chairman of Berkshire Hathaway. Nothing screams special here.

That’s what makes him unique. In a world where we jump from one productivity hack to another, trying to seek out a special formula for success, Munger doesn’t have much to offer. He only has this simple tidbit to offer:

“It is remarkable how much long-term advantage people like us have gotten by trying to be consistently not stupid, instead of trying to be very intelligent.”

Let’s dive into what he means here.

Unlike many others who have studied at several elite institutions, it’s intriguing that Munger doesn’t encourage people to seek out brilliance. There’s no talk of how we should aim to change the world. Rather, Munger focuses on not making big mistakes.

One of the ways Charlie Munger has tried to avoid making stupid decisions is by sticking to what he calls his ‘circle of competence’. It’s the same rule that Warren Buffet lives by, and is why Berkshire Hathaway has been consistently so successful.

The circle of competence is easy to understand. The idea is that each of us – through experience or study – has acquired useful knowledge in specific fields. Munger proposes that we stick to these competencies that we are truly adept at and exercise caution when asked to venture outside our circle. For instance, we might have experience running a restaurant, but we should be careful to think that we could manage a biotech company effectively as well. The economics of each business vary greatly.

For this reason, both Buffett and Munger have been averse to the technology sector when it comes to investing. They’ve been heavily criticized for missing the rise of companies such as Google and Amazon, but many fail to realize that they’ve avoided the Dotcom Bubble as well. Their track record suggests that they’ve done better than many of their critics.

It’s incredible that Munger has always been able to hold out even against the tide of popular opinion. It requires a great deal of self-awareness and humility to acknowledge your own limitations, especially if you’re holding a high office.

I suspect Munger knew that too. It’s perhaps why he had this to say:

“There must be some wisdom in the folk saying: it’s the strong swimmers who drown.”

The Different Ways Of Winning

How can you succeed and move ahead if you’re not brilliant?

The assumption is that you have to be smarter and better than your peers. You have to do something different if you’re going to score any points. But that’s not necessarily true.

Shane Parrish suggests that we turn to the game of tennis for answers here. Specifically to Simon Ramo’s book, titled Extraordinary Tennis for the Ordinary Player.

Ramo believed that the game of tennis could be subdivided into two games: the professionals and the rest of us. He observed that while the rules of tennis remain the same, the waypoints are scored are radically different.

Professionals at Wimbledon have to work to score points. Each player, only fractionally better than their competitor, plays a nearly perfect ball game. They rally back and forth until one player hits the ball just beyond the reach of their opponent. It’s what you see on ESPN highlight reels.

In contrast, amateur tennis is an entirely different game. There are no long and powerful rallies. Mistakes are frequent. Double faults are nearly as common as faults. As Ramos writes:

The phenomenon of the ‘loser’s game’ can be observed everywhere. It’s the amateur player who blunders and loses all his pieces in the game of chess. At work, the clueless employee flouts an unspoken rule and is subsequently passed over for promotion. In the world of investing, it is the day trader who gets burned competing with seasoned professionals and complex algorithms.

I don’t propose that we spend our entire lives avoiding mistakes. An approach like this would be soul-crushing. We must have permission to suck if we want to attempt anything new or get better at our craft.

But when it comes to high stakes decision making, we must never confuse ourselves. We are amateurs the moment we step outside our circle of competence, but most of us refuse to play like one. Instead of trying to make a highlight play, we would be better off sticking to the fundamentals.

Think about it. If you’re down 50% on your investment in the first year, it’s not as simple as earning a 50% return the next. You’ll have to get a 200% return just to get back to where you started. One mistake, no matter how seemingly small, can cause you dearly in the long run.

It’s far easier to get ahead by just playing conservatively and outlasting the competition.

The Power Of Mental Models

Such ideas are all fine and good, but what approach should we use in an ever-changing world? It’s difficult to make the correct decisions consistently amidst the variety of challenges that we face daily.

Munger has never taken a course in business, economics, or accounting. Somehow, he has still managed to thrive in his role as vice-chairman of Berkshire Hathaway. The way he has accumulated such knowledge and wisdom is by building a “latticework” of mental models.

“Well, the first rule is that you can’t really know anything if you just remember isolated facts and try and bang ’em back. If the facts don’t hang together on a latticework of theory, you don’t have them in a usable form.”

By accumulating knowledge and stringing them together in a pattern, Munger has built mental models that he can apply to different situations. There is immense complexity around us, with thousands of variables that we cannot possibly account for. But mental models give us a framework on how we can best approach a problem.

No model is inherently perfect. David Clark captures this truth and Munger’s characteristic wit in The Tao of Charlie Munger with this remark:

Perhaps that is the most important thing we can take away from Munger.

Charlie Munger realizes that the only way to overcome the problem of false knowledge is to keep adding new ideas and models to one’s repository. Constantly challenging one’s ideas is the only way to improve and have better models.

He does this by reading a lot. As a young lawyer, he decided that he would invest an hour each day in improving himself. At $20 an hour, he decided he was his most important client.

“We read a lot. I don’t know anyone who’s wise who doesn’t read a lot. But that’s not enough: You have to have a temperament to grab ideas and do sensible things. Most people don’t grab the right ideas or don’t know what to do with them.”

Continuous learning and remaining open to new ideas is how Munger has become such a deep thinker. He has made sure that he’s constantly exposed to ideas from different fields. He has always stayed a student.

We would be wise to do the same. Acquiring mental models and avoiding mistakes add up over the long run. Each step you take may be small, but over a lifetime they compound to become the success that Charlie Munger is.

All it requires is patience and the ability to play the long game. If we can do that, we’ll be able to succeed at what we do too.
—

This post was previously published on Constant Renewal and is reprinted with permission of the author.

Facebook38Tweet5PinEmailShares43
wpDiscuz
0
0
Would love your thoughts, please comment.x
()
x
| Reply
Share this ArticleLike this article? Email it to a friend!
Email sent!