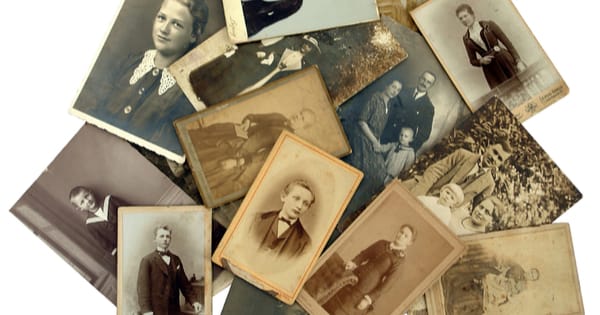 One of the most frustrating parts of any genealogical project is the inevitable brick walls researchers run into. Records disappear in a fire or other disaster. Names change through marriage, immigration, or misspellings. Sometimes people just disappear off the face of the earth. Place names change when towns are consolidated or die. Genealogists deal with them all the time. Google shows over half a million articles about breaking through brick walls.

The genealogical thorn in my father’s side until the day he died was his great-grandparents’ journey from Germany to Texas. He uncovered their German birthplaces and dates of birth and had records putting them in Texas, married, in 1875. All Dad ever had for immigration and marriage information though was a family legend. Supposedly they’d arrived in the U.S. separately in 1867, and married in 1872 in Coxsackie, New York. Multiple inquiries to Coxsackie and Greene County historians turned up nothing, due to a fire in the county courthouse years ago.

In 2009, I decided to start looking for John Charles Mueller‘s – my great-great-grandfather – immigration records here in the US. I reasoned that he must have been naturalized in Texas since there was something of a waiting period in the process. When I posted on the Ancestry boards about my research plans to see if they made sense, one lady responded with, “I think I found him.” She had located his 1889 passport application, which, because he was a naturalized citizen, included his original immigration information. I used that record to locate his naturalization petition and the letter he wrote on his store’s stationary. That was a simultaneously thrilling and depressing moment. I’d broken one of Dad’s brick walls, but he wasn’t there to share it with.

As I start to wind down my most recent foray into secondary education, I’ve decided to try the same path for my great-grandmother’s immigration information. I know Louisa Friederike Wilhelmine Schirmer took a trip back to Germany in 1905 with her daughter Tillie. It stands to reason that both ladies would have needed a passport, and they would have gone through the same process as JC Mueller. That would give me an additional research path to locate their marriage record if it indeed exists. There’s been at least one suggestion that they perhaps were never actually married, and just passed themselves off as married. I doubt that’s what happened, but the possibility exists.

JC (my dad took to calling him that years ago, and it stuck) filed his immigration petition in Manchester, New Hampshire in 1869. In it, he said he had lived in the U.S. for two years prior to the petition. I haven’t been able to locate any records for him in that time frame, though, other than a probable passenger record in 1868 aboard the Westphalia. Neither he nor Louisa seem to appear in the 1870 Census. In fact, they don’t appear in any records that I’ve found until the 1875 birth of their daughter Phillipina near Austin.

I’ve searched marriage records, tax records, immigration and naturalization records, newspapers, city directories and found nothing. It’s as if they took a few years off and just disappeared. They turn up in Oak Hill in 1875, and by 1889, John was a successful merchant in Austin. He spent at least a couple of years around Manchester, though, presumably employed in some way, and yet I can’t find any information to put him there other than his immigration paperwork. He received a passport in 1889, but I can’t find any record of his trip.

Inversely, I know that Louisa took her 1905 trip, but I can’t find a passport application for her.

We call them brick walls because you can’t get past them. But sometimes it feels like you’re butting your head against a real one!

The Thrill of the Chase

Why is it though that at the same time I get so frustrated by hitting these brick walls, I get excited by the hunt, by the chase? I hate the frustration, but I love the search for more information.

I love the challenge. There are stories hiding out there, and I want to hear them.

I can’t wait to find out where they went, and when they went, and how they met. These brick walls leave so many questions. Did my g-g-grandparents meet in New York? In Texas? Somewhere in between? Is my great-great-grandmother related to the musical Schirmers? My dad had an opportunity to meet Gus Schirmer III in the 40s when he was in New York but passed on it. He continued to regret that missed opportunity for decades.

What am I doing to prevent my descendants from running into these same brick walls? I’ve recorded quite a bit of my own life in a few files. It’s nothing I ever want to be published, but it’s there for my kids to read eventually. I hope my genealogy site stays up even after I’m gone. None of my kids have acted incredibly interested in keeping it up yet, though. We’ll see.

In the meantime, I’m planning for how to approach this most effectively once I have a little more time after school is finished. My local library has an Ancestry subscription, so I’m going to use that as much as I can. Reddit has a very helpful Genealogy subreddit as well. Be sure to check out my genealogy site, and if you think we’re related, say hello!