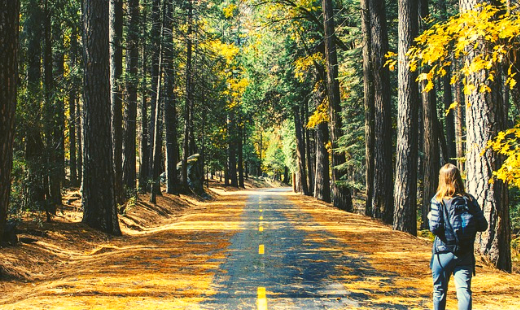 For 17 years, I made everything about them.

I co-opted my children’s and my husband’s needs as my own and used them as an excuse to hide. No one could fault me for not becoming the woman I wanted to be because I had to take care of them. They needed me. All of me.

I painted a picture so pretty, so selfless, that it practically dared people to challenge it. Impenetrable to criticism.

What a cowardly fucking place for me to seek shelter — behind my weak (ex) husband and my four small children.

Long ago, I resigned myself to the servants’ entrance because it was less terrifying than owning my place in the world and taking up space.

Devotion to my people was both redemption for the sin of being born, and my escape hatch from the terrifying prospect that maybe I mattered after all.

And now I have to stand alone and be, with no diversions or distractions. My body is eating itself and I have nothing left to pretend to sacrifice.

I have to find a way for that to be enough.

Last month I was diagnosed with a tumor on my liver. I’m rotting from self-neglect.

Today, I got up at 5 am and made myself some of those fucking scrambled eggs I’ve been working on. I drank some coffee to support my injured liver. I pulled on compression leggings to support my extra 20lbs. I layered two sports bras to support my traumatized breasts and slid on an elbow brace to support my damaged arm. I cashed in all of my bullshit excuses.

I walked my babies down to the bus, kissed them good-bye, and headed to the gym.

And I punished my body for 45 minutes.

I deserved it — in the best way.

Today, my oldest kid is doing something courageous and previously unthinkable. Her 16-year-old self, who technically didn’t graduate from high school, is showing the fuck up.

She’s walking half a mile, entering a university building she’s never been in, walking into a room of people whom she’s never met — the youngest of whom is 6 years older than her — all of whom are pursuing graduate degrees v. her freshman undergrad status, and she’s saying, “I’m here to learn, with you, about a topic that I didn’t even know existed until a few weeks ago when I was invited to join this class…and I belong here.”

She’s challenging herself, instead of just accumulating empty accolades and following stale breadcrumbs. She’s regulating her anxiety and her fear of failure because she wants to be better. She wants to do better.

She’s out there. She’s taking up space.

So is my autistic daughter, who is skinny and awkward with a high palette and a speech impediment. She only wants to talk about comic strips and dinosaurs and gets mercilessly teased for all of her differences…and she shows the fuck up every day.

So does my gender fluid, lesbian daughter who gets called “he” and has to endure dirty looks and shitty comments just to use the fucking bathroom. She moves through the world, carving her own space and refusing to conform for anyone else’s convenience or comfort, including her own.

So does my kid with cerebral palsy, whose body executes her brain’s commands with all the grace of bull in a china shop, but who still chooses to play soccer at recess every day because, come hell or high water, she’s going to get control of her fucking legs and the only way to do that is practice. She submerges herself in ice water from the waist down, just to prove that although her motor cortex is damaged, she can will her 9-year-old body to do what most adults cannot.

And I sit here looking my own demons in the eye…the ones that tell me I should just go back to disappearing behind and into the people I love because its the thing that I know how to do best and I’m not worth anything on my own anyway…and I’m telling them to go fuck themselves.

I’m not resigning the job of parenting my kids and my ex-husband. I am an incredible mother to all of them. The parts of myself that I have shared with them have made them strong and brave. That’s how I know there is strong and brave in me, too, and that it’s time to mother myself.

I’m worth more than what I can do for other people.

I’m ready to carve out some Me-shaped space in the world.

The sun burns your face after hiding in the shadows.

It burns so fucking good.