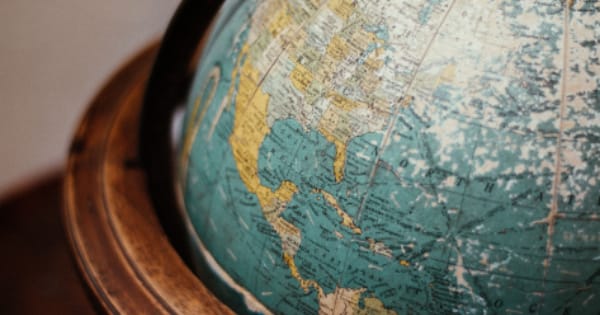 Earth Day was founded by the United States Senator Gaylord Nelson after witnessing the ravages of the 1969 massive oil spill in Santa Barbara, California. The first environmental teach-in happened on April 22, 1970.  Climate change was still a secret, not to the scientists, but to the public. The economy raced along, consumerism occupied most people’s mind. Life was good. What could possibly go wrong?

Today, Earth Day is a twenty-four-hour spotlight on the forces ravaging our air, water, and earth and affecting agriculture, animal and human environments, and aquatic ecosystems. The celebration also focuses on the innovative achievements developed by scientists, inventors, and innovators to deal with rising seas, reinforced coastal cities, and recycling.

In my continuing effort to better understand changing environments around the world, I have watched The Boy Who Harnessed the Wind, Our Planet and The Polar Sea, series on NETFLIX. From the comfort of my home, I explored the past, present, and future — if we fail to act, fail to acknowledge the changing climate, the diminishing wildlife, the mass human migrations caused by environmental destruction.

The problem is enormous, what can we do?

Celebrate Earth Day every single day of the year.

Our present and future depend on it.

Save Chaco Canyon from Fracking

This petition is less than 4,000 signatures away from its goal of 40,000—and it will close on April 30th. Please help get it to its goal!

From the petition: “Chaco Canyon is a truly perishable natural resource, and one of the finest examples of the architecture and prehistory of Native Americans. It will be destroyed if fracking is allowed to be done there.”

From the petition: “In a move that will hasten climate change and have devastating consequences for people, wildlife, and pristine public lands, the Trump administration is rushing forward with a reckless plan to begin oil and gas lease sales within the refuge’s coastal plain—an area that the Gwich’in have called “the sacred place where life begins.” At the same time, the administration is barreling ahead to approve dangerous seismic testing on the coastal plain. Seismic testing would be incredibly destructive to wildlife—taking place in critical habitat for polar bears, right in the middle of denning season—and the fragile landscape.”

Tell Burger King to Get Rid of Plastic Foam

This petition needs help getting off the ground. It only has a few thousand signatures, with a 45,000 goal. But it seems so obvious –right? Plastic foam is bad! There are alternatives!

“Plastic foam cups and containers are one of the worst plastic polluters. Demand Burger King, the largest fast food company that hasn’t yet committed to eliminating these products, get rid of foam cups now!

EPS foam, the material used to create those ubiquitous fast food to-go containers and hot beverage cups, is almost impossible to recycle. Like most plastic, it does not biodegrade — it breaks into smaller and smaller pieces that we can’t get rid of. These bits will inevitably end up polluting our oceans and neighborhoods. Furthermore, the on-the-go fast food culture means that companies like Burger King end up distributing many of the 25 billion foam cups per year (that’s 82 cups per person) that Americans throw away! EPS foam is also hazardous to human health. It’s produced using chemicals such as benzene and styrene, which have been linked to neurological effects and increased risk of cancers, such as leukemia.” Read more here…

“Too many communities throughout the country can’t access safe, reliable drinking water. The Trump administration’s latest proposal would make that problem worse.

For more than 46 years, thanks to the Clean Water Act, we have made significant progress in making our water safer for swimming, fishing, and drinking, yet it’s clear there is still much more to be done. But instead of doing more to safeguard our water, the Trump administration’s Dirty Water Rule will turn back the clock to a time when fewer protections existed to safeguard people and wildlife from harmful pollution in our waters.

Drinking water sources are interconnected. Streams flow into larger rivers and lakes and wetlands are connected to watersheds. No body of water, no matter how small, is safe to pollute.

The Trump administration is putting the profits of corporate polluters ahead of the needs of our communities, businesses, and drinking water. Tell the EPA to withdraw this outrageous scheme to wipe out protections for water.” Read more here…

U.S. Fish and Wildlife just announced their plans to start a process to strip Endangered Species protections from all gray wolves in the lower 48. Tell USFWS: don’t delist!

Republican leadership will go to any lengths to undercut still-needed protections for struggling wildlife. This fall, House Republicans tried to pass legislation that would remove all gray wolves from the Endangered Species List while gutting the public’s ability to defend wildlife in court — first in a standalone bill, then hidden as riders in the House spending bill.

Thanks to the over 46,000 of you who wrote letters and made phone calls in opposition to these Congressional attacks on gray wolves, the riders were removed from the must-pass spending bill. So now, U.S. Fish and Wildlife is seeking to remove gray wolves’ Endangered Species protections through an administrative delisting process.

Gray wolves are just starting to recover after human persecution brought them to the brink of extinction. In Idaho, Montana, and Wyoming, where wolves have already lost Endangered Species protections, trophy hunters, trappers, and others have killed more than 3,200 of them just since 2011. We already know what horrors will occur if we let the Trump administration get its way — we must push back to save the future of this magnificent, struggling species. Read more here…

Palm oil production is often extremely bad for the environment and it can directly harm endangered species. Companies have been creating massive plantations meant to grow these plants. To make these plantations (that are in places that house endangered species like orangutans, rhinos, and tigers), deforestation has to happen, and that means destroying ecosystems that in turn severely threatens endangered species. Homes of humans and animals alike are destroyed, and burning of trees to make way for plantations is a huge contributor of greenhouse gases.

Cadbury and its owner, Mondelez, have destroyed tens of thousands of acres of orangutan habitat in just TWO YEARS on their hunt for palm oil. The orangutan species is critically endangered, and although Mondelez has claimed that it has been purchasing entirely responsible palm oil since 2013, a recent report showed that much of the oil Cadbury is sourcing is still unsustainable and destructive.

An estimated 50,000 orangutans have already died as a result of these horrible practices. Sign and share this petition for them.

The Trump administration wants to roll back energy efficiency light bulb standards despite the energy and cost saving potential.

Swapping out all the old incandescent bulbs with compact fluorescent and light-emitting diode (LED) bulbs across the country would save an astonishing amount of energy, which would translate into big savings for consumers and less pollution over time.

The Obama administration put these standards in place for the common household bulb but also including bulbs for candelabras, recessed lighting, and others. It’s estimated that the 2020 Obama standards would have saved consumers billions of dollars per year and 140 billion kilowatt-hours in energy waste — the equivalent to the output of 45 coal-fired power plants. Also, bulb makers have already invested in manufacturing lights that use these updated technologies and prices have dropped. Read more here…

Big corporate polluters face their investors in just a few weeks, and one of the biggest investors in all of them is BlackRock. Fund managers care what their customers say, and they care about their public reputations just as much. Tell BlackRock to use its power for good and vote the right way on shareholder resolutions that could help turn our climate crisis around.

We have less than 12 years to transform our energy system and avoid the worst impacts of climate change. Meanwhile, giant corporations are making decisions every day that make the climate crisis worse. We need to push for change in the boardrooms of these big polluters.

Right now, we have an opportunity to do exactly that. Corporate polluters are set to meet with their shareholders over the next few weeks at their annual general meetings, and one of the biggest shareholders in all of these companies is BlackRock, the world’s largest asset manager with almost $6 trillion under management.

It’s time they all hear from all of us. Tell BlackRock CEO Larry Fink: Vote to take action on the climate crisis!