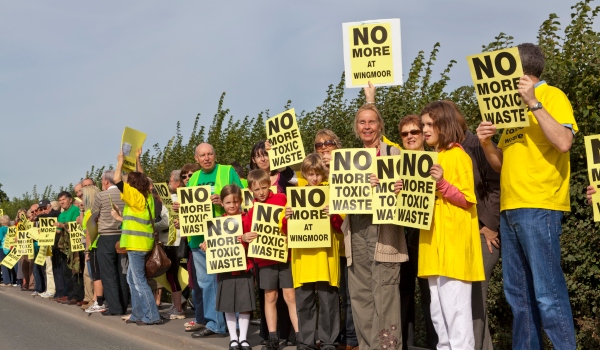 —
When 23-year-old Emma Dorge appears in court to enter her plea, she will be relying on a unique defence. Charged with traffic offences for blocking Brisbane streets during a protest, she will argue she should be allowed to break the law because she is saving the planet.

“I’m pleading not guilty on the basis of the extraordinary emergency defence, which basically allows for people breaking the law in an extraordinary emergency,” she told The Signal. “We’re in the midst of a crisis and that’s the climate crisis, we believe we’ve essentially been forced to break the law to avert a far more catastrophic outcome.”

On Wednesday, Ms Dorge will be joined by three other climate change activists in Brisbane Magistrates Court. They’ll all be relying on the defence and hoping to set a new legal precedent.

What did Emma do?

Ms Dorge is a member of the Extinction Rebellion, a global organisation of environmental activists. The group’s activists have occupied the Scottish parliament and even glued themselves to the front of banks in Manchester in a world-wide campaign of civil disobedience meant to force governments into action on climate change.

On August 6, members of the group in Brisbane marched through the streets, with some activists sitting down to block a major intersections in the city’s CBD. Police had just pulled a protester from a group blocking George Street when Ms Dorge said she threw herself into the gap, linking arms with the remaining activists. “A police officer almost immediately jumped on me and pushed me down,” she said.

The officer arrested her for a traffic offence and put her into a nearby paddywagon. The protest ended with 70 people charged by police. “Signing a petition or making a phone call does not force action to happen,” said Ms Dorge.

“But taking to the streets and sitting down and not moving, once you get that mass of people, business as usual can not continue and Brisbane can’t continue to function as a city. “Politicians will be forced to listen to us and to act.”

What is the defence?

The extraordinary emergency defence has been used for centuries, according to Dr Nicole Rogers from the School of Law at Southern Cross University. “It’s origins actually lie in a case where various individuals were accused of murder,” she said. “There had been a shipwreck, they were all in a boat and a decision was made basically to kill and eat the weakest, youngest member of the crew, on the basis they all needed to survive.”

It’s not often used to defend cannibals these days, and is more likely to be argued when someone breaks a road rule so they can save a life, for example. Climate activists have taken an interest in the law, said Dr Rogers, because of how the statue uses the phrase, ‘extraordinary emergency’.

“We’re seeing this ongoing process where parliaments and governments and universities and even the Pope are all making declarations of climate change emergency,” she said. “So we’re seeing it recognised publicly and framed as an extraordinary emergency. It’s interesting to see this particular section of the Queensland Criminal Code being activated by climate activists.” In fact, the defence has worked before, just not in Australia.

Many common law jurisdictions around the world have a similar statute to “extraordinary emergency” and climate change activists in the United Kingdom successfully argued such a defence in 2008. “Greenpeace activists who scaled the chimney of a power station and painted graffiti on it actually were acquitted on the basis of statutory version of necessity in the UK statute,” Dr Rogers said.

“It hasn’t been followed by similar examples until this year. One of the founders of Extinction Rebellion and his colleague were acquitted, again it was graffiti damage that they’d been charged with and the jury was quite prepared to accept their argument that the climate crisis justified their actions.”

Even if judges accept the argument from activists that there is a climate emergency, the defence still has a long way to go, according to Dr Rogers. “Judges are coming back and saying, ‘Well there are all sorts of legal avenues that are available to activists,” she explained.

If activists are to win they would have to prove actions, like blocking roads, are the only options left to them. Regardless of the outcome of Ms Dorge’s case, Dr Rogers believes activists should continue to test the extraordinary emergency defence in courts.

“The question of what is reasonable behaviour is shifting and also what is lawfulness in light of the extraordinary emergency of climate change,” she said. “I think inevitably it will change. I don’t know when, I don’t know how, but I think the resilience of legal norms in the face of climate change is questionable, so I think law as we know it is going to change.”

Facebook109Tweet2Pin1EmailShares112
wpDiscuz
0
0
Would love your thoughts, please comment.x
()
x
| Reply
Share this ArticleLike this article? Email it to a friend!
Email sent!