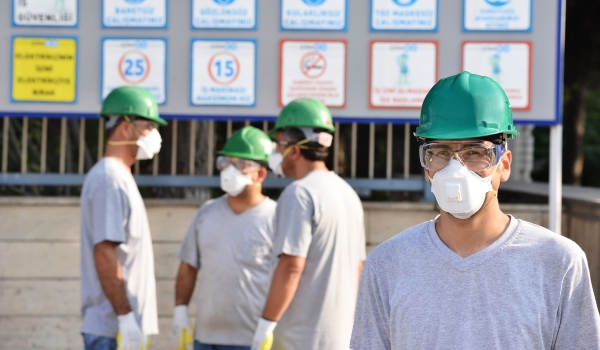 Climate change and fake news pose the biggest threat to human health over the next 25 years, according to a survey of health practitioners around the world.

The global study found that the overwhelming majority (98 per cent) of healthcare professionals want to see more cooperation to tackle health challenges created by the climate crisis.

The climate crisis was perceived to go hand in hand with increased migration due to globalisation, and 72 per cent of respondents said that this led to more drug resistance.

“The very crux of the ‘post-truth’ digital wildfire era is that it places the onus to verify stories on the reader, who could be a person without the time, energy or resources to do so,”

The study, undertaken by the United Kingdom’s Royal Society of Tropical Medicine and Hygiene (RSTMH), surveyed doctors, researchers and other health professionals in 79 countries.

The resulting report, published on 17 September, found that patient misinformation and the growth of anti-science views exacerbate threats to healthcare provision, especially in low-income countries.

A total of 91 per cent of respondents to the survey said governments and health bodies are not doing enough to prepare for the impact of climate change on health. A similar number —92 per cent — said this challenge was coupled with pressures placed on health practitioners by fake news, which, they said, created distrust in expertise and evidence.

Tamar Ghosh, chief executive of the RSTMH, says such trends could be countered by better communications training for researchers and health professionals, especially in poorer countries, where people with less access to technology might lack the digital know-how to distinguish between reputable and fake news.

“Low- and middle-income countries will need to counter this threat, as the very crux of the ‘post-truth’ digital wildfire era is that it places the onus to verify stories on the reader, who could be a person without the time, energy or resources to do so,” she told SciDev.Net.

Anit Mukherjee, a policy fellow at the Center for Global Development in Washington, DC, believes that governments, NGOs and international health bodies need to get better at using the same information channels patients rely on, including social media.

“It’s not a poster by the side of the highway anymore,” he said. “Someone people trust needs to come in and use the same channels of information and dissemination, and bombard them with good information, which can displace the wrong information.”

Despite concerns over fake news, the more than 600 respondents to the survey felt positive about technology, with 95 per cent of men and 83 per cent of women reporting a belief that technology will improve global healthcare provision.

However, around 68 per cent of healthcare professionals said that technology had increased the healthcare divide between rich and poor countries as it causes brain drain. Around three in four African and two in three Asian physicians said they worried about local doctors moving to richer countries, compared to just half of their colleagues in Europe.

“Technology is inevitable and should be used,” said Mukherjee. “But it will only work if you have proper basic healthcare mechanisms in place, and design technology in support of that.”

Respondents from around the world were asked about the top three specific health challenges they were expecting to face over the next 25 years. Non-communicable diseases such as diabetes and cancer were identified as the biggest problem, followed by drug-resistant viral and parasite strains, and emerging infectious diseases, such as Ebola.

Meanwhile many respondents were confident that conditions such as polio, guinea-worm and blinding trachoma could be eradicated within the next quarter of a century.
You might also like
Plan to wipe out malaria comes with hefty price tag
Latin American subways ‘highest antimicrobial resistance’
Africa on the brink of polio eradication
Perhaps surprisingly, healthcare professionals in the territories most affected by climate change and conflict were the most upbeat about meeting those challenges. Around 63 per cent of African physicians said they felt generally optimistic about the future of healthcare, compared to just 42 per cent of those working in Europe.

The RSTMH issued five recommendations for global health based on the report’s findings: tackling the climate crisis, more collaboration on non-communicable diseases, combatting health inequality, prioritising quality of life over prolonging life, and ensuring that health professionals have access to the latest technology.

To achieve the latter, private and public sectors must work in partnership on research and innovation, says Ghosh. To ensure new technologies truly benefit healthcare workers, businesses should be “working in collaboration with health professionals from the outset, rather than seeing them as an end audience for the use of the technology,” she added.

This post was previously published on Scidev.net and is republished here under a Creative Commons license.