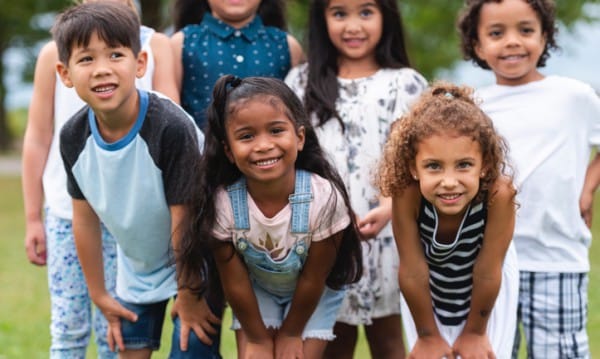 I write from the borderlands, where I am surrounded by brown people. During the times I lived far from the Mexican border — about a year at a time in Oregon and Wisconsin and then a ten year stint teaching at Indiana University — -I missed the music of the Spanish language in public spaces.

I’ve always known there are people who don’t think like I do about hearing Spanish in a band of the United States that stretches across the desert southwest all the way to California. It was only when I came to live within that band that I began to understand how our southern border splits families that have lived on both sides for generations.

The family ties and close friendships spanning the border are much stronger social glue than the interdependent economies that have been disrupted first by the drug trade and then by Donald John Trump raising up xenophobia as the public policy of the United States.

I came as a teenager and acquired a new racial identity, “Anglo.” That common descriptor came out on top of many other possibilities: yanqui, norteamericano and, of course, gringo. That last descriptor does not get italicized because it’s as much English as it is Spanish, and it’s one of those words where context is everything, from buddy-speak to ridicule to angry epithet.

I was raised with the fiction of “race” presented as real in black and white with Indians in an Oklahoma twilight zone that I only understood when I was old enough for real history rather than the K-12 fantasy. The first wave of Jim Crow laws that swept the former Confederate States of America classified Indians much as the public policy of Virginia taught: Indians were nonwhite when the only choices were white or non. My white mother could not have married my nonwhite father by those understandings of race reflected in law.

Oklahoma Indians were spared the worst of law in black and white because half of Oklahoma used to be Indian Territory, the reservations of the Five Tribes, and all of the Five Tribes had adopted republican forms of government. Even when the people formerly considered “intruders” were allowed to vote, Indians were elected in great numbers.

Because all of the Five Tribes had unfortunate relationships with chattel slavery, they had to varying degrees adopted the European race theory that offered a natural law justification for people owning other people. This is how Jim Crow’s ugly face came to the Oklahoma legislature, but classifying themselves as subhuman was several bridges too far for Indian legislators. The marriage that produced me was unlawful in Virginia until 1967, but it was never unlawful in Oklahoma and I grew up with Indians being allowed to use white facilities.

When I moved south of the Red River, it was immediately obvious to me that the people who called themselves “Chicano” carried more Indian blood than Spanish blood. At the time, I thought that meant something. My ignorance led to a conversation with a Chicano on a picket line we were sharing in support of a union organizing effort in Austin. I’ll use his real surname because the name is so common it will not identify him, something I would not do without his permission:

Hernandez: I’m damn tired of having my car searched every time I come here. If I wanted a gun on the picket line, I’d already have one.

Me: What do they claim as a reason to stop you?

Hernandez: I’ve heard it so many times I’ve got it memorized.

“Oops, I thought your brake light was out, Mr. Hernandez. Do you mind if I take a look in your car? No? I smell the odor of marijuana, so I’m going to look in your car to see where it’s coming from. Turn around, please. I need to handcuff you for my safety. I’ll let you go as soon as I finish.”

Then I stand there by the side of the road handcuffed like a criminal while the cop looks under the seats and in the glove box. Then he opens the trunk, opens my toolbox, and stares at my tools like he was counting the sockets.

I got a case of smartass once and hollered that there were so many sockets because I had metric tools mixed in with regular tools and I would help him count them if the numbers were too big for him.

When he went to take the cuffs off, he smacked me against my car so hard my nose bled, but it was worth it.

Me: Geez, there’s always a cop car down the block and they always give me the hairy eyeball but they’ve never stopped me.

Hernandez: That’s easy for you to say. They don’t stop you because you’re white.

That drew a big laugh as if I had been making a joke. I was not. I was still a freshman and I had not yet seen the greasy spoon that would never make the Michelin Guide with the hand-painted sign advising “No Dogs or Mexicans.”

I got another smack upside the head by the illusion of race when I was working on a paper about the various anti-apartheid movements in South Africa.

At that time, the Main Library was closed stack, and located in the iconic University of Texas Tower. The card catalog was real cards, and when you found the book you wanted, you filled out another card and presented it at the front desk, where they put it on a dumbwaiter to travel up to the appropriate floor.

I had been browsing the “subject” part of the catalog when I thought I hit the jackpot. There was a very old book, published well before the Nationalist government with all its ex-Nazi ties took over in 1948. The title was, The Race Question in South Africa.

I sent up for it, checked it out, and noticed it was a fairly slender volume, so I sat down at a table in the library to see if I could rip though it and just hand it back.

I was dumbfounded. Expecting blankes and Bantu, I quickly saw the book was about English and Afrikaners. The “races” in conflict were all settlers, the Afrikaners or Boers from The Netherlands and the English still reaching out for an empire on which the sun would never set.

There was lots of disagreement that an American Indian — at least this one — -would call a falling out among thieves.

There was philosophical disagreement not so much over philosophy but over which settlers hewed closest to the ideal of governing with consent. Republican government by democratic means was unleashed on the world by the French but the praxis was better demonstrated by the young United States, a praxis that came at the expense of the English.

Africa was, like the Americas, inhabited by stone age tribal peoples vulnerable to guns, germs, and steel — advantages easily conflated with racial superiority. Therefore, the argument between Brits and Boers easily turned to which “race,” the Dutch or the English, was superior and therefore more fit to rule the indigenes.

These abstractions made interesting parlor conversations, but the real issue that elevated the hostilities to shooting, a hot war expensive enough to make a dent in even the British pocketbook, was the discovery of diamonds and gold in southern Africa.

The First Boer War (1880–1881) was a minor skirmish but things got serious in the Second Boer War (1899–1902) with formal declarations of war on England by Transvaal and Orange Free State. The English and the Dutch agreed on one thing at the outset: it would be a white man’s war.

If native Africans were armed and trained, the anticipated result would be that whichever settlers prevailed would then have to fight the Africans. Then there would be a race war more familiar to a college student in the U.S. circa 1970.

That little book summoned by mistake led me into 19th century writings about the superiority of the French “race” and the German “race,” in addition to the Dutch and English “races.” What I did not find was serious advocacy for the racial superiority of Greece or Persia, Rome or Carthage. No Pharaohs, Khans, or Shoguns need apply.

We can laugh at the conflation of “race” with nationality, but there is a serious reason for that mistake.

Doesn’t the academic discipline called law still recognize “race” as meaningful? It does, in the same sense as any other figment of human imagination that sometimes governs behavior. There’s an extremely complicated question, “Who is an Indian?” What complicates the question is that the answer depends upon who is asking and for what purpose. If Indians were a race, the answer would be much simpler.

Here’s a practical application of race in the law. Suppose somebody discriminated against Elizabeth Warren because she is an Indian.

Elizabeth Warren is not an Indian but that would not matter in applying the Civil Rights Act of 1964. An act to disadvantage her based on her race is against the law even if the actor made a mistake about which racial identity she inhabited.

Race is an empty vessel and at various times it has been filled with nationality or religion…any difference will do. The most reliable difference to fill the empty vessel of race has always been color.

Scientists relate skin color to the genetic codes activated by the amount of sunlight to which a breeding population is normally exposed. But scientists think the climate is changing and humans are aggravating it, so what do they know? 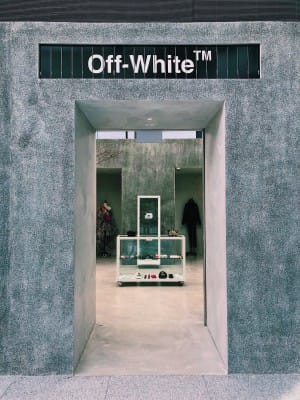 If whiteness represents virtue and competence and blackness is its opposite, then Indians fall somewhere in between whether they come from Canada or Latin America or the good old U.S.A.

When I was finally able to understand the coding function of race, I wondered whether those of us concerned with equality have made an error we should correct. The movement has been all about equalizing nonwhites up to the status of whites.

Why not, for example, train police officers and lawyers and instruct juries to treat white people as if they were black people? Stop people for driving while white and always search their cars. Give white people the same odds of a probated sentence that black people have now.

Fill all the best jobs with black people until forced to dig up a token white. Give the token white guy a desk over in the corner with no responsibilities and assign him to read and re-read The Art of the Deal on pain of being fired if he falls asleep.

The more I think about this, the more I’m persuaded that playing the race card would not be such a bad idea if we reshuffled the deck now and then.