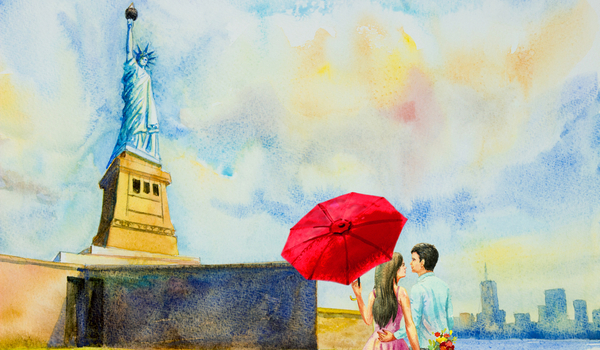 This morning, like almost every morning, underneath the rush to run off to do this or that, or to lie in bed and watch the day begin, there is a yearning to create something beautiful and meaningful. Or maybe it’s a desire to write something exciting, to write myself into a revelation of the depths of life, something utterly true, unseen, new, about life, relationships, and myself.

Then I hear the news ⎼ lawyers for the President, instead of trying to prove his innocence, they try to justify on the Senate floor the subversion of the constitution and the establishment of one-man rule, and I lose all concern for depth. Fear sucks away the creativity.

Or I hear John Bolton say DT directed him to pressure the President of Ukraine to announce an investigation into Joe Biden. Or Lev Parnas revealing the tape he has of the President giving the order to “get rid of” Ambassador Yovanovitch is only one of the many tapes he has. Parnas says everyone, including Mike Pompeo and Vice President Pence, “was in the loop” on DT’s Ukraine scheme.

And I get excited. I want this to be heard. I want it to shake the depths of our political system. I imagine the dark cloud of the Presidency will be lifted and this threat to humanity removed. I get caught up in hopes and fears and lose touch with beauty and depth.

And I fall asleep again because I didn’t sleep that well and a dream comes to me. I am walking on a beach. Several people are around me. It’s awesome. And in the distance, I see waves heading to the shore. And suddenly I notice a wave, a huge wave, getting bigger and bigger coming towards the beach. I yell to the people in the water and those around me, and start running uphill, away from the beach. And from the other side, the hill gets washed out. The land has become water, water to the right, water to the left…

And I wake up.

The act of creating, whether it is by writing, painting, dancing, cooking, carpentry, film-making or whatever gives us a sense of strength and meaning. It is an affirmation.

So when we come home from work or school or after hearing the news, after the fact check, we can write to our local newspaper or on social media, speak out, paint a sign to hold aloft in a demonstration.

And we can look closely at those we love, listen to them, as if how we relate to them were also an act of creation. As if the sincerity and depth of our caring would somehow strike some politician with sanity.

Even fear and nightmares can be the siblings of the urge to create and to live deeply, meaningfully ⎼ and in a nation that listens to and respects our rights and viewpoint. And of our care for and relationships with others. If we didn’t care, we wouldn’t fear.

And it is this yearning to create and this love that we have for others that can save us. We have to keep this yearning and care in mind and let it inspire us to also take care of ourselves, as we make political action part of our loving ⎼ as we speak out, keep informed, and hug our friends and family deeply.

Facebook79Tweet4PinEmailShares83
wpDiscuz
Share this ArticleLike this article? Email it to a friend!
Email sent!