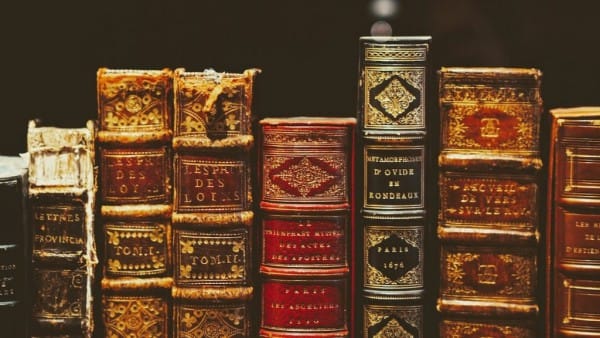 The Inmate, the Student, and Tolstoy

The gate closes behind me with an iron thud. I walk down the hallway, enter the classroom, and take my seat, flanked by the prison guard on my right, and on my left the chaplain and library administrators. Fifteen pairs of male eyes—wary, curious, bemused, intense—look at me from above identical orange jumpsuits that hang off the men, loose and wrinkled, like plastic garbage bags.

The reality of the moment hits me. What could I possibly say about Tolstoy that will matter to these men? Here to teach a seminar on Tolstoy’s novella, The Death of Ivan Ilyich, to the inmates at the Virginia Beach Correctional Center, I quickly chuck the introductory lecture I’ve planned. Something different is needed, something more immediate—something more… Tolstoyan. But when nothing more ingenious comes to mind, I finally ask: “What did reading The Death of Ivan Ilyich mean to you?”

A moment of uncomfortable silence is followed by light shuffling and shifting in chairs. Then a young man in the back row tentatively raises his hand. “I had to come to this jail, you know, this situation,” he says, “to see what I did. But I learned something from this story I can use when I get out.”

Another man, around fifty, adds: “If we take this time for granted by not growing our relationship with God, we’re not going to be able to change our lives. It’s too late for Ivan, but it’s not too late for us.”

Now more hands shoot up. “People don’t think inmates can read or comprehend this,” says one prisoner. “But we can.”

“How you treat people,” says a man in his forties, “you know, how Ivan treated people as judge—that’s how he was gonna get treated as a patient.”

In the course of this hour and a half session, I watch Tolstoy’s novella do precisely what great literature is meant to do: tear down the walls of race, class, and gender, piercing social stereotypes and ideologies of all stripes, and speaking to something profound, universal, felt by everyone in this prison classroom. The character of Ivan Ilyich, a careerist judge living in 1880’s Russia, could not be more removed socially, economically, and culturally from the world inhabited by the inmates at the Virginia Beach Correctional Center.

Yet his story struck a powerful chord in these men, inspiring them to open up to a stranger about bad decisions they’ve made, people they’ve hurt, opportunities they’ve squandered, or perhaps never had to begin with. It has reminded some of the friends and relatives they’ve watched die; encouraged others to see their world anew, to glimpse fresh possibilities for their future. For everyone in this room, though, it has made us feel a little more connected as human beings.

The Student is Me

In all my twenty years of teaching Russian literature, few classrooms have ever been more instructive than the one I experienced that day at the Virginia Beach Correctional Center. As thrilling as it was almost unsettling, that day’s experience would lead directly to the most important journey of my teaching career. What if, I wondered, I were to create a class in which my own undergraduate students were put into a prison environment? What if I were to give students at the University of Virginia, one of America’s most privileged universities, the opportunity to sit down side by side with young criminals their own age, and lead them in discussions about Russian literature?

“Books Behind Bars: Life, Literature, and Leadership” created that opportunity, where my undergraduate students now meet weekly with residents at Bon Air Juvenile Correctional Center and grapple alongside them with the fundamental question: How does one find purpose and meaning in life? The catalyst for that endeavor are short classical works of Tolstoy, Dostoevsky, and other Russian greats. Little did I know when I launched this course back in 2010 that the student who would end up learning the most would be…me.

That surely has had something to do with the fact that the teaching of the Books Behind Bars course has coincided with my own journey toward middle age— as well as toward fatherhood—an experience shared by a handful of the young inmates I work with in the program.

When I listen to committed teens less than half my age reflect on the prospect of never again playing with their toddler boy, of not being present at their daughter’s wedding, I feel these young men’s pain as if it were my own. I hear Mark*, a bright, animated eighteen-year-old with deep facial creases suggesting weariness well beyond his years, tell the harrowing tale of his violent crime committed as part of a gang initiation. I see the shame and sadness in his eyes as he describes what he did and explains how his father and siblings abandoned him after he was sentenced to the juvenile correctional center for attempted murder.

And I wonder…How would I respond if one day I were to receive the news that my son had done such a thing? For me, Mark’s story is the tale not of a young criminal, but of a son and his father—his entire family, really—unable to bear witness to the sins of one of their own, let alone accept responsibility for them.

Where is My Sonya?

I met Mark a few summers ago, when, as an extension to the Books Behind Bars program, I spent seven weeks reading and discussing Crime and Punishment with a small group of these youth and a few UVA students. Mark and these young men devoured Dostoevsky’s novel with a passion and urgency I’ve rarely encountered as a teacher. Like so many of the other works we read, Crime and Punishment became a tool for them to confront their own most important questions: Who were they?; Why had they committed their crimes? Were they worthy of being loved?; How would they live their lives moving forward?

As I explored these and other questions with the teenage residents among my students, Crime and Punishment became a new book for me, as well, raising urgent personal and social questions I could no longer ignore. There’s something about discussing the world’s greatest novel of crime and redemption in a juvenile correctional center with a bunch of incarcerated teenagers that makes the book and the characters, well, come alive. Nowhere perhaps is the book’s spiritual center better illustrated than in the scene, two-thirds of the way through the novel, where the 20-year-old Raskolnikov confesses to the prostitute Sonya that it was he who murdered the old pawnbroker and her sister. Sonya listens in horror, yet without judgment, and then literally embraces him. Raskolnikov is shocked by her reaction:

“You’re so strange, Sonya—you embrace me and kiss me, when I’ve just told you about that. You’re forgetting yourself.”

“No one, no one in the whole world, is unhappier than you are now!” she exclaimed, as if in a frenzy, not hearing his remark, and suddenly burst into sobs, as if in hysterics.

Sonya then proceeds to assure Raskolnikov that she will stay by his side, even if he is sent to prison in Siberia, which eventually he is. One of the inmates, a guy with a flair for the histrionic, read this scene aloud, playing up its undeniable melodrama, so much so that we couldn’t resist a group chuckle. Still, its significance was not lost on any of us, least of all Mark.

“Where’s my Sonya?” he said quietly, after a prolonged silence. “You know? Where’s the person who’s gonna see the very worst of what I’ve done, and still love me?”

The residents were called back to their cells, and we never got to finish the conversation that day, but Mark’s question has stayed with me ever since: Where is his Sonya?, I wonder. Where is the person with a heart capacious enough to love him in spite of what he’s done, to embrace him in all his harrowing, complex humanity? You see, Mark’s question is Dostoevsky’s question—his challenge, really—to all of us.

It’s also a challenge that I confront personally every time I look in the mirror these days. Sure, there’s still a more or less vibrant 49-year old guy looking back at me, but he’s now got gray hairs on his temples, creases on his forehead, and darkening semi-circles underneath his eyes, especially after a poor night’s sleep. He’s someone who has had enough time to amass his share of mistakes and regrets, who has failed to live up to his own highest ideals. And I sometimes wonder: Can I love that person?

The correctional center residents have shown me that I can.

I’ll never forget the day when Mark struggled to fight back tears while sharing a picture of his infant son who was born while he was in confinement. And I saw the fire of determination in Mark’s young eyes to fix what’s broken in his life, so that one day he may meet his son and hold him in his arms.

Nearly every one of these guys has been dealt a raw deal by life—being abused by their parents, growing up without parents at all, contending with extreme poverty, or by simply being at the wrong place at the wrong time. But what has amazed me is the consistency with which they take responsibility for their own mistakes, acknowledge the dysfunction in their lives, and desire to change it. Some of the guys I’ve worked with have made good on those intentions. They have been released and are now either gainfully employed or enrolled in college.

Above all, they have helped me to rediscover the wisdom contained in Tolstoy’s words: “Man is flowing. In him there are all possibilities: he was stupid, now he is clever; he was evil, now he is good, and the other way around. In this is the greatness of man.”