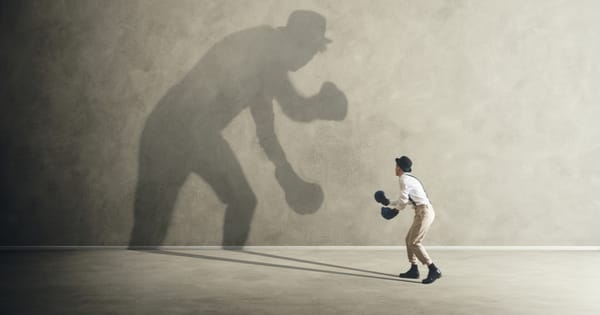 My 90-year-old great Aunt Marion from the Lower East Side bemoans with flabbergasted disgust, “Why does your daughter need to know Kung Fu?”

I reply, “Because if Uma Thurman knew Kung Fu for real, Ethan Hawke would’ve been too scared to leave her for their nanny.”

But I can’t call myself a “do it all dad” if I can’t defend my family with more than an unused headbutt. Despite the fact that Billy Crystal (who is half my size) delivers one in the movie “Father’s Day” in convincing fashion.

At 7, my daughter is the youngest in her Kung Fu class. But it’s never too early to learn how to instill fear into scruffy, slacker movie actors who dare to take for granted the infinite wonderfulness of a real deal, funny, fierce feminist, lifetime partner in love.

At sleepaway camp in the 7th grade, I chopped through a wooden board during Visiting Day in front of my parents on my 2nd try. Similar to me nailing parallel parking during my 2nd driving test. I flunked the first one after progressively parallel parking farther and farther away from the test curb.

In my life, the secret to my success in anything has been either giving myself the time to work out my nervous energy OR to conversely get off to a resounding, forward momentum thrusting strong start.

I never bombed doing stand-up after scoring a laugh right at the beginning. However, during my last high school basketball game Senior Year during sectionals, I sucked for my 1st 10 minutes. The star forward I was guarding scored a quick 8 points on me.

Still, after I got benched and resumed playing, my nerves were flushed out of my system and I played the strongest game of my high school basketball career. We lost the game by 2 points, but it was the 3rd round in the sectionals which was a major accomplishment for our team.  Coach Fitzsimons gave me a great send off, commending me for fighting hard and finishing strong.

I firmly believe it would have been a huge difference maker for me in terms of making me a starter baller versus a waste of height bencher warmer if I had taken some form of martial arts as a kid. Learning to stick up for myself sooner rather than later. Refusing to let others push me around so easily.

Famous playwright Henrik Ibsen says the “strongest are the most alone.” So, I have that going for me, especially since becoming a Stay at Home Comedian Dad/Father of 3. With Facebook grandparents nowhere to be seen on both sides of the virtual wall divide.

“Rocky” is my preferred work out music because I’ve always identified with the underdog, fighting back for respect. Especially knowing how Stallone in real life was a hardcore writer who wrote 6 screenplays before winning an Oscar for “Rocky”.  Not to mention betting the farm on playing the part, for his finest, all-star creation up until that point in long and illustrious career.

The thing is, on the surface, I don’t look like an underdog. I’m 6’4, 210. So, throughout my life, almost nobody has ever tried to pick a fight with me. Still, in another sleep away camp I attended, there was a kid who threw a handful of pebbles at me once. I sprung out of my bed with coiled fists, ready to pounce; yet I froze and withdrew after he declared: It will hurt when I hit back.

Later at basketball camp, the same kid was talking smack in my ear and I wailed him in the stomach hard. After that, we had no more problems.  Not that violence is the answer, but I never want my 7-year daughter or her 2 younger brothers to feel intimidated or fearful when the situation they are in demands a strong response.

I do not believe it’s good for one’s self-respect to be a punching bag. My neck is getting tense even bringing up this very subject. So much for my morning meditations, daily plank exercises and treadmill runs expunging all forms of my nervous Chakra energy from my core aura.

So, for the 2nd karate chop, I split the wood right in half. Follow through made a huge difference in addition to some advice I got from my teacher: Pretend you’re Charles Oakley, not Martin McFly before he knocks out Biff, claims Loraine and becomes the new age Ray Bradbury, Sci-Writer stud of his day.  I will fail as a father if I fail to teach my 3 children the importance of standing up for themselves when the situation demands it. Knowing that they have the tools and the self-confidence to handle any situation that life throws at them (like a punch).

In fact, my 7-year-old daughter Matilda, turning 8 in March is due to receive her white belt in Kung Fu later this month. Which marks her 1st official moving on up Kung Fu fighting promotion. There will be a ceremony where Eight Foot 2 will be doing a freestyle jump kick floor exercise routine to Bring on the Ruckus on Wu Tang’s 36 chambers of death I’m assuming.  Kidding aside, I have no idea of what the ceremony will showcase outside of my deltoids dawn strong, female flash fierce daughter putting all munchkin actors on notice for ever daring to break her heart of indestructible gold.

Congratulations, Matilda Rose Kornbluth, can’t wait till you’ll be able to beat me up in a year. That is until I start taking Kung Fu on my own; but only after I floor a Lit Agent with my parenting humor memoir book “Stay at Home Comedian, How 3 Kids Got My Act Together”. I can’t fight back beyond a keyboard or on stage with mere punchlines forever. 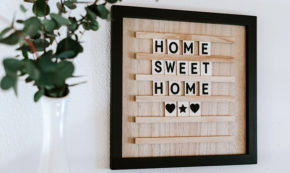 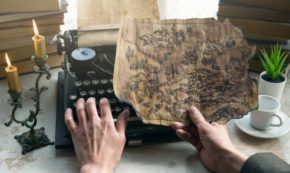