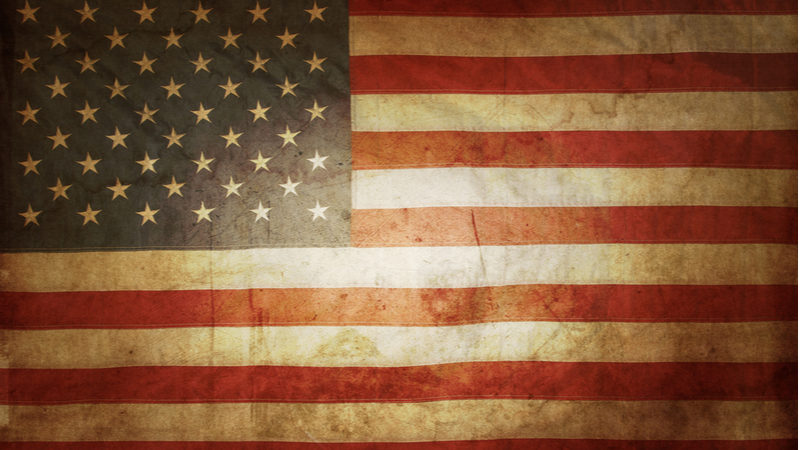 President Donald Trump’s pledge Monday evening to deploy the full force of the U.S. military against demonstrators protesting the killing of George Floyd—and the president’s authorization of police violence against peaceful protesters to clear the way for a photo-op—amounted in the eyes of lawmakers, rights groups, and commentators to “declaration of war” against the U.S. public that must result in Trump’s removal from office.

Sen. Ron Wyden (D-Ore.) characterized Trump’s remarks from the Rose Garden of the White House as a “fascist speech” that “verged on a declaration of war against American citizens” who have taken to the streets across the nation to condemn police brutality and racial injustice.

The president of the United States tear-gassed peaceful protestors in order to clear the way for a useless photo-op outside the White House—just after vowing to activate the military against our own people. Lives and our democracy are in danger.

“I fear for our country tonight and will not stop defending America against Trump’s assault,” Wyden tweeted.

Other progressive lawmakers similarly condemned Trump’s address, during which the president vowed to deploy ” thousands and thousands of heavily armed soldiers, military personnel, and law enforcement officers,” to the streets of the nation’s capital.

Following his speech, the president walked from the White House to St. John’s Episcopal Church as police officers swinging batons and hurling tear gas canisters cleared the streets of peaceful demonstrators. The ACLU demanded an immediate investigation into the president’s approval of “politically-motivated and life-threatening use of indiscriminate weapons” against the crowds of protesters.

After police officers and military personnel forcefully removed demonstrators from his path, Trump arrived at the church and hoisted a Bible for the cameras. The White House Monday night posted an edited video of the president’s walk on Twitter which includes zero indication that, as Trump casually strolled to St. John’s, protesters were being brutally attacked for his benefit.

“The president of the United States tear-gassed peaceful protestors in order to clear the way for a useless photo-op outside the White House—just after vowing to activate the military against our own people,” tweeted Sen. Elizabeth Warren (D-Mass.). “Lives and our democracy are in danger.”

“This is not a dictatorship,” tweeted Sanders. “This is the United States of America. Our citizens have a constitutional right to peacefully protest. It’s called the First Amendment.”

Donald Trump is a liar and a racist and he behaves like a dictator. He just tear gassed protesters for a photo op, endangering their health during a global pandemic. He must be stopped and we must stand with all those fighting for racial justice.

The President just declared war on millions of Americans and the 1st Amendment. He is the greatest threat to the American way of life in our history.

Will Bunch of the Philadelphia Inquirer wrote in a column late Monday that Trump’s speech in the Rose Garden represented “the moment we’ve been dreading since that escalator ride down Trump Tower five years ago this month—that’s been slowly building brick by brick as Donald Trump tore down the rule of law, abused the presidency to enrich himself, and grabbed the bully pulpit of the White House to divide America with racism, sexism and xenophobia.”

“Backed into a corner after his incompetence and distrust in science was trampled by a virus that’s killed 105,000 Americans, compounded by 40 million unemployed, and now massive, chaotic protests over the police brutality and racism that he has nurtured instead of combating, the president of the United States declared war on the American people,” Bunch wrote. “Donald Trump needs to go, and we can’t wait until even November 3, let alone January 20, 2021.”

Slate’s Ben Mathis-Lilley also made the case for Trump’s speedy removal from office, warning in a column Monday that “there is not much more room for the president’s program of violence to keep escalating.”

“Trump needs to be removed now,” wrote Mathis Lilley, “because after the massacre it will be too late.”

Facebook1Tweet4PinEmailShares5
wpDiscuz
0
0
Would love your thoughts, please comment.x
()
x
| Reply
Share this ArticleLike this article? Email it to a friend!
Email sent!