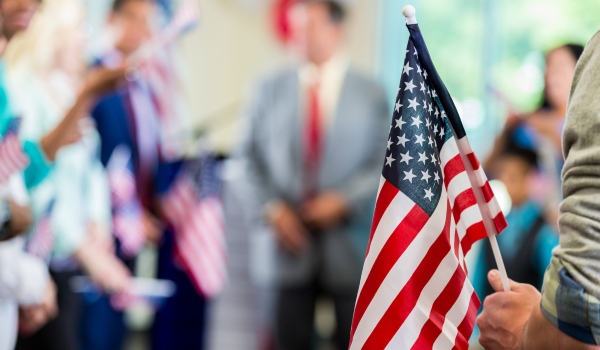 ‘He turned out to be the same as every other politician.’ That was the complaint I kept hearing in Athens shortly after the leftist Prime Minister Alexis Tsipras had signed up to exactly the kind of bailout deal he once vehemently opposed. In reality, it was not so much that he was the same as other politicians as that he faced the same constraints as other Greek politicians: a failing economy, implacable creditors and frustrated fellow leaders. It was these external constraints that compelled him to act against his campaign rhetoric. The fact that Athenians were surprised and dismayed by this reflects a deeper problem with contemporary Western democracy – one to which their ancient forebears knew the solution.

Modern states are plagued by the problem of ‘rational ignorance’. The chance that any individual’s vote will make a difference is so vanishingly small that it would be irrational for anyone to bother taking a serious interest in the issues and candidates. And so, many people don’t – and then fall for implausible rhetoric. In this way, democracy has come to mean little more than electing politicians on the basis of their promises, then watching them fail to keep them.

This was not the case in the Athens of two and a half thousand years ago. Then, democracy – rule by the people – meant active participation in the running of the state, if not continually, then at least periodically throughout one’s life. As Aristotle put it: ‘to rule and be ruled in turn.’ This participation was a right but also a responsibility. It was intended not only to create a better state, but to create better citizens: engagement in the political process was an education in the soberingly complex realities of decision-making.

Male citizens were expected to serve not only in the army or on juries, as is the case with some modern states, but also to attend the main decision-making assembly in person. And while some executive offices were elected, most were selected by lottery – including that of Prime Minister, whose term of office was one day. Any male citizen could find himself representing his community, or receiving foreign dignitaries.

There is much we can learn from this. Modern states are of course much bigger than ancient Athens and, thankfully, have wider suffrage. Numbers alone mean we couldn’t all be Prime Minister for a day. But there is scope for government at every level – local, regional, national and international – to be made radically participatory. For example: legislative bodies could be wholly or partially selected by lottery. Obvious candidates are second chambers in bicameral parliaments, such as the British House of Lords.

Even better might be separate assemblies summoned to review each proposed new law or area of government. This would hugely increase the number of people involved in the legislative system. The ancient Athenians managed exactly this; today, digital technology would make it even easier.

In addition, civil services could be more open to internships and short-term appointments. Serving the state in this way (at some level) could even be compulsory, just as military service has been. Ad hoc one‑issue assemblies, citizen initiative programmes and wider consultation on legislation are all ways of including more people in the decision-making process.

Democracy need not mean voting for politicians who all turn out to be the same. It can mean ordinary people actively participating in governing themselves. As Aristotle knew, this would make for both wiser decisions and wiser citizens.