Get Daily Email
Join/Login CLOSE
Home / Featured Content / What’s With Development of a Copper and Gold Mine near Alaska’s Bristol Bay? 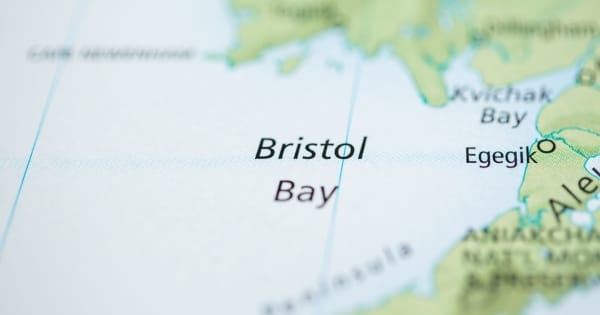 —
Dear EarthTalk: What’s the background of the controversy over whether to allow development of a big copper and gold mine near Alaska’s Bristol Bay? — C. Karo, Pittsburgh, PA

Environmentalists, fishermen and Native Americans breathed a sigh of relief in 2014 when the Obama administration invoked a rarely used provision in the Clean Water Act to block the proposed development of the Pebble Mine near Alaska’s Bristol Bay, one of the most productive fisheries in the world. At the time, the U.S. Environmental Protection Agency (EPA) found that the proposed mine would cause “complete loss of fish habitat due to elimination, dewatering, and fragmentation of streams, wetlands and other aquatic resources” in parts of Bristol Bay.

But Northern Dynasty Minerals, the Canadian company behind the proposed mine, hasn’t given up pushing for the project which could yield some 10 billion tons of recoverable ore (including lots of copper as well as gold and molybdenum). Only one other ore deposit of its type in the world, Indonesia’s Grasberg Mine, is bigger.

An early August 2019 meeting between Alaska’s conservation Republican governor Mike Dunleavy and President Trump on the tarmac as Air Force One refueled in Anchorage on its way back from the G20 summit in Japan led to an announcement the next day that the EPA was rescinding its original veto and green-lighting the Pebble Mine development after all.

As soon as word got out, dozens of former and current EPA officials and researchers came out to say the reversal ignores the science that warns of total ecosystem collapse which, forgetting about the effects on marine wildlife and the subsistence culture of Alaska Natives, could decimate the $1.5 billion Bristol Bay fishery and its 14,000 jobs.

According to the non-profit Natural Resources Defense Council (NRDC), the EPA conducted an extensive scientific assessment of the Bristol Bay watershed to determine the potential impacts of large-scale mining on salmon and other fish populations, wildlife, development and Alaska Native communities in the region. “EPA’s Watershed Assessment found that Pebble Mine would have significant impacts on fish populations and streams surrounding the mine site,” reports NRDC. “A tailings dam failure releasing toxic mine waste would have catastrophic effects on the ecosystem and region.”

The EPA’s conclusions were derived from three years of data review, scientific analysis, public hearings, peer review, and revision. “Up until now, EPA has taken every precaution to ensure that its assessment represents the best science regarding potential large-scale mining in the Bristol Bay watershed.”

Why the Trump administration would sell out the region’s fisheries and millennia-old culture for a quick sale followed by a cut-and-run mining operation by a Canadian mining company is anybody’s guess.
Environmentalists are sure to fight the Pebble Mine development just as hard now as they did five years ago leading up to when President Obama blocked it. But this time will be more of an uphill battle given the tenor of the times and who’s in the White House.

To express your concerns about Pebble Mine, send your elected representatives a message via the “Take Action” section of the website of the non-profit conservation group Save Bristol Bay.

This post previously published on Earth Talk and is reprinted with the permission of the authors.