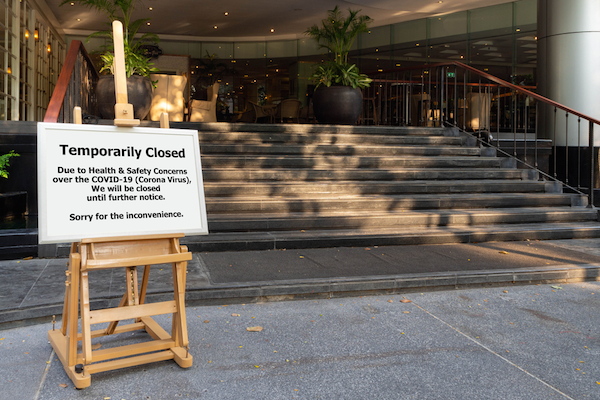 According to Greek legend, a young man was so fascinated, awestruck, and enraptured by his own image reflected on the surface of a pool that he sat lovingly gazing at water’s edge for so long that he succumbed to his own vanity and eventually transformed into a flower that carries his name, “Narcissus.”

In the age of psychology, the American Psychiatric Association, in its Diagnostic and Statistical Manual II (DSM) from 1968 lists “Narcissism” as an emotional problem and “Narcissistic Personality Disorder” (NPD) with a number of characteristics.

These include excessive preoccupation with personal competence, power, prestige, and vanity; difficulties in maintaining gratifying personal relationships; deficits in psychological self-awareness; severely impaired empathy for others; problems differentiating the self from others; hypersensitivity to all criticism and insults – imagined or real; arrogant body language; flattery toward people who admire or praise them; tendency toward bragging and exaggerating personal achievements and qualities; claiming expertise in a number of areas; and inability to view the world and issues from other peoples’ perspectives.

In summary, this condition results in the over-inflation of one’s self-importance.

Narcissistic Personality Disorder falls within the overall category of “sociopathology,” in which a person’s antisocial behavior demonstrates a lack of a sense of moral concern or responsibility or a deficit of social conscience. The American Psychiatric Association’s DSM classifies this condition as “Antisocial Personality Disorder” (APD), which it defines as “a pervasive pattern of disregard for, and violation of, the rights of others that begins in childhood or early adolescence and continues into adulthood.”

Psychologists diagnose individuals as having APD if they manifest three or more of these symptoms: repeatedly violating social norms related to established laws and performing acts that result in frequent arrests; deceitfulness, dishonesty, and lying; impulsivity; irritability and repeated aggressiveness; reckless disdain for personal safety or the safety of others; consistent irresponsibility in work settings and frequent failures in honoring financial commitments; or lacks sense of remorse.

What may seem a contradictory condition among people diagnosed with Narcissistic Personality Disorder, but on closer examination falls squarely within its parameters, psychologists term “external locus of control.”

While they have an excessive preoccupation with personal competence, power, prestige, and vanity, they likewise exhibit hypersensitivity to all criticism and insults – imagined or real. To protect their sense of self – their egos — they attribute their problems, their failures, and their triggers to powerful outside (external) forces and influences that are out of their personal control. Here, their locus of control exists outside themselves.

Though this often proves problematic for the individual and those around them, when that individual happens to be the President of the United States, especially in times of national emergency, the result can be catastrophic.

Throughout this crisis, Donald Trump has blamed others for the initial outbreak in his use of the term “Chinese Virus,” and its rapid spread across the United States.

Without providing any definitive evidence, Trump accused Barack Obama and his administration with Trump’s own inability to provide significant numbers of COVID-19 testing kits where they are desperately needed, even though he turned down the World Health Organization’s offer to supply the U.S. with these tests months ago.

I don’t take responsibility at all,” Trump said insolently responding to a reporter’s question, and the President referenced an unspecified “set of circumstances” and “rules, regulations and specifications from a different time.

Whenever the press asks him tough questions related to who must accept responsibility for the extremely rapid surge in cases, and asking if he had any regrets in disbanding the White House’s office of pandemic readiness, as did PBS NewHour’s Yamiche Alcindor, Trump attacks them for asking “nasty questions”.

Though the current novel coronavirus pandemic has placed nations throughout the world on a virtual war footing in mobilizing the public to stay as safe as possible, to care for those infected, and to develop cures and preventive vaccines, Donald Trump has taken wartime powers merely in words but not in largescale and potentially effective actions.

He still has not sufficiently mandated appropriate industries to convert operations to produce needed medical equipment including hospital quality breathing ventilators, and personal protective equipment such as face masks, goggles and shields, and body coverings.

Small government simply for the sake of maintaining some sort of conservative ideological purity, however, stands as folly and is highly dangerous and hazardous to our physical and political health.

Government must step up, step in, and take responsibility for developing and promoting a consistent and unified policy to get our nation through this pandemic. It must not retreat to its external business-as-usual locus of control once the plague has receded.

We must allow government to perform and take control where government can be the most effective. Perpetual vigilance must then become the clarion call to ensure that we do not repeat the mistakes made not only by the current administration, but also, for example, the feckless leadership by the George W. Bush unqualified and unprepared cast of clowns during the August 2005 Hurricane Katrina disaster culminating in the loss of nearly 2000 lives.