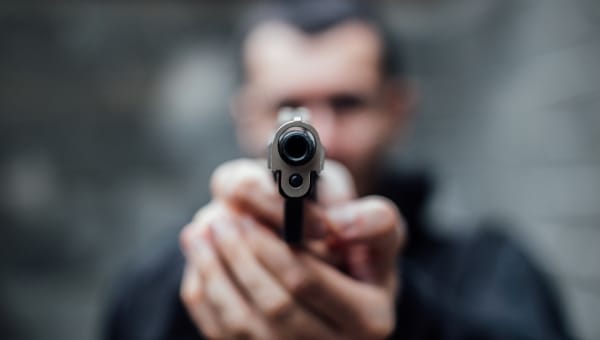 Life is better when people get along. Political scientists, addressing the problem of cultivating the fragile flower we call democracy, turn to the abstraction of “civil society.” That’s the location where volunteers come from.

A principle of Anglo-American common law that has by and large survived the codification process (meaning common law is binding until the legislature “codifies” a different rule) always used to shock my undergraduate students: there is no duty to rescue, subject to two exceptions. When the person failing to act created the jeopardy or when certain legal relationships existed by choice — guardian and ward, medical professional and patient, parent and child.

Every semester I taught criminal law to youngsters, I witnessed the moral kneejerk that says if you can save a life without endangering your own, you should. The deadly hypothetical I used involved an Olympic gold medal swimming champion walking past a child struggling in four feet of water. Did the champ commit a crime? No, but the champ was self-revealed as a despicable human being.

Nobody questioned the existence of or the morality of an instantaneous calculus involving the odds of death or serious injury. There was a famous 1960 rescue of 17-year-old Deanne Woodward, whose boat owning friend had been unable to keep his small boat upright after the propeller sheared off his outboard motor upstream from Niagara Falls. She was plucked out of the Niagara River 20 feet from the brink by two of many bystanders who had been watching since the motor failed.

John Hayes of New Jersey stepped out of the horrified crowd and began an unlikely rescue. Hayes leaped the fence and made his way to the water’s edge running along with the current trying to catch the desperate girl. On the second try, she caught his thumb…and there he was, unable to pull her in and keep from joining her in the water at the same time. Hayes quickly learned that John Quattrochi, also of New Jersey but not acquainted with Hayes, was right behind him. Quattrochi reached out and grabbed Hayes by his whole hand — luckily, not just his thumb — -and the two men pulled Deanne Woodward against the current.
A life was saved, and not without risk. Hayes and Quattrochi were rightly feted as heroes.

Forward to 2003, and a man known only as Michael was in debt to the casinos on both sides of the river. Despondent, he left his wallet on the bank with a suicide note apologizing to his mother and waded into the rushing water just above the falls.

Two or three feet from plunging 170 feet to his death, Michael’s feet wedged under a rock and enabled him to stand in spite of the current. Tourists on the Canadian side saw his plight and called for help.

The call was answered by lots of first responders, but we focus on Sgt. Patrick Moriarty of the New York State Park Police and Gary Carilla of the Niagara Falls, New York Fire Department. They found the bank near the emergency coated with solid ice and there was no safe place to belay a safety rope. They wrapped the rope around a tree top poking up through the snow and as many men as could held the rope — but they could not hold against any serious weight on the ice. Regardless of the safety rope, Moriarty and Carilla slipped into insulated clothing and dipped their feet into the icy water.

They were unable to reach Michael with a ring buoy. The water seized it too quickly. They summoned a helicopter. As they tried to reach him from the air, the prop wash caused Michael to fall forward into the water. Still, he held his position against the rock.

Alarmed because they were getting cold through their gear and so Michael had to be cold, they had the helo take a ring buoy attached to a line and drop it on the other side of Michael. As the line crossed his legs, Michael caught on and grabbed the ring buoy. Since he had started so close to the drop, his legs went over the edge but the helo pulled him toward the icy bank…where the current took him under the ice.

First Carilla and then Moriarty caught ice axes from the men above and worked their way along a solid wall of ice toward the trapped man. When Carilla reached him, he was entirely under the ice, except his arm, which was still looped though the ring buoy. The two rescuers were able to feel up his arm to get ahold of his body and the two of them manhandled him against the fierce current…all the way to safety.

Are Carilla and Moriarty heroes or merely professionals having a rough day at the office?

In 2018, at a Buffalo, NY park below Niagara Falls, 29-year-old Mario Guthrie spotted an artistic looking piece of driftwood, similar to one in my garage that I raised from the bottom of Lake Tahoe. Like me, he found it pleasing to the eye and figured it ought not to be trash.

Guthrie ventured into what looked like still water holding a rope connecting him to the shore. When he reached the end of the rope, the driftwood was another few feet, so he let the rope go and swam to his goal easily. He had just started pushing the wood to shore when the current caught it. He let it go and tried to swim back, but the current had him as well.

There were many onlookers and video taken from two angles. One of the onlookers, 46-year-old Scott Vater, went in after Guthrie. In the video, Vater appears to be a stronger swimmer and he reaches Guthrie easily. Guthrie grabs Vater; so does the previously invisible current.

Another onlooker picks up a long pole and stretches toward the two men. Vater, still attached to Guthrie, attempts to swim for the pole, but comes up several feet short. The two men are pulled straight down and the surface of the water looks calm again. Their bodies were recovered by Buffalo Police divers.

There is some evidence that Vater knew Guthrie but no evidence he had a thing to do with Guthrie’s decision to steal a piece of wood from an angry river. Is Vater a hero or a fool? Or do you tell the difference by the outcome?

A law enforcement officer never wants people dying on his watch, but Peterson’s training, according to The New York Times, prioritized human lives as follows: “1) Hostages/victims, 2) innocent bystanders, 3) police/deputies and 4) suspects.” To that end, officers are instructed to run towards the gunfire and engage the shooter. Even if the officer shoots to no effect, time spent exchanging shots with the officer is time not spent stalking more victims.

Apparently, Deputy Peterson’s training instructed him to put himself in harm’s way, to make the shooter fire at him rather than the students he was assigned to protect.

Seven minutes after the shooting started, Deputy Peterson — who had drawn his weapon but retreated toward a different building on campus — -was on the radio telling his colleagues:

The morality of this case appears to be a slam dunk but, as we’ve seen, criminal liability does not turn on whether the behavior was morally correct. Peterson is also charged with lying to investigators, so he will take the hit for perjury if they prove it.

The 17 dead within the school appear to have been failed by everybody who might have been expected to protect them. The “security monitors” are not charged, which leads me to believe the prosecutor will rely on the theory that Peterson breached a professional duty.

That swims upstream against a lot of case law from many states holding that the police are not liable for failure to protect. Peterson was not just any law enforcement officer, though. He had a particular assignment to protect particular children and he had specialized training in active shooter response.

I am glad I’m retired, so there’s no way I could draw this case even if my judgeship was in Florida rather than Texas. The Peterson case — with the exception of perjury — -sounds like a bear, and a conviction is certain to be appealed. I can only draw two conclusions from reading about it.

Heroes do not grow on trees.

There are no easy answers.

A version of this post was previously published on Medium.com and is republished here with permission from the author.
—